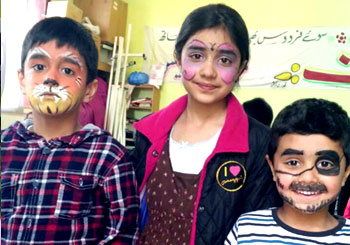 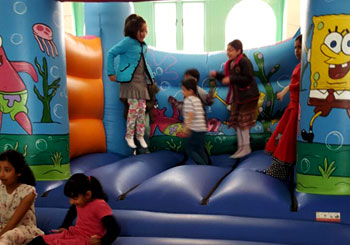 A Funday was held on the 9th and 10th of May 2015 under the banner of Minhaj-ul-Quran Women League Nelson. The event which was exclusively meant for ladies and children opened its doors from 11am to 6 pm on both days at Minhaj-ul-Quran Islamic Centre, Carr Road Nelson. The Funday was held in compliance with the popular demand by local women and children following previous similar extremely successful events held at the Centre.

A whole variety of delicious freshly prepared homemade food was brought in to be sold on the food stalls on the first floor. All the food was provided by the Minhaj Women League and was happily enjoyed by everyone attending the programme. They not only ate there but also took it home for friends and family. Other popular stalls were the jewellery, household and Islamic stall, shoe stall, and several clothing stall.

There was plenty of fun and excitement for the children including the very popular drinks, sweets and crisps stall, balloons, jumping around on the bouncy castle, a toy stall and face painting. The Henna/ mehndi stall attracted the women and girls who had their hands painted.

A large number of people attended the programmes during both days who thoroughly enjoyed themselves and left with positive feedback about the Funday. This was extremely encouraging news for the entire MWL team who showed their dedication in preparation, organisation and running of the two-day event. MWL is extremely grateful to all those who volunteered or participated in any way. 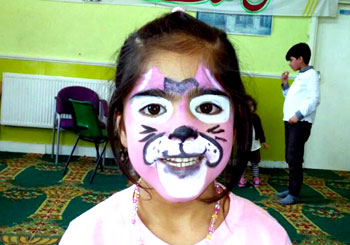 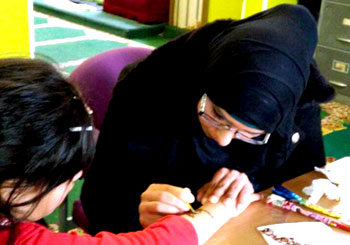 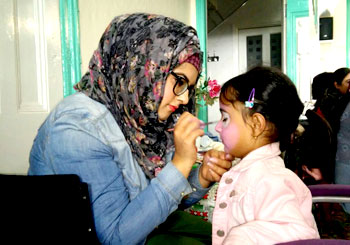 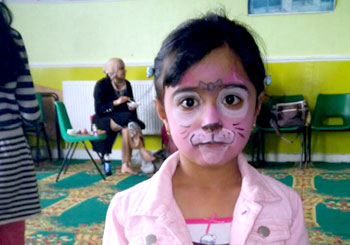 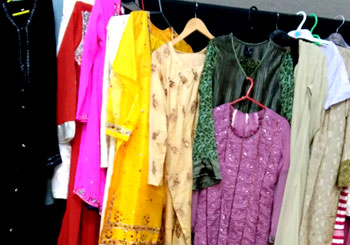 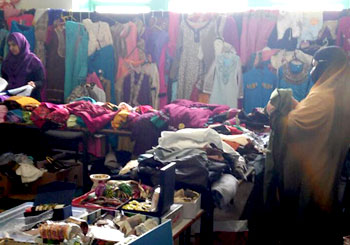 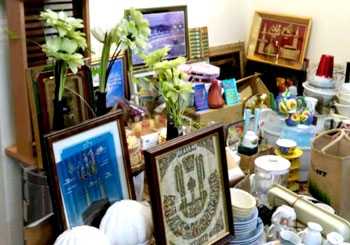 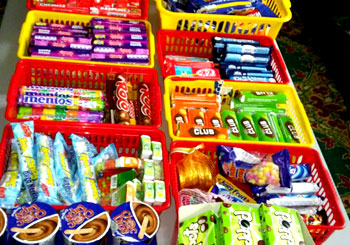 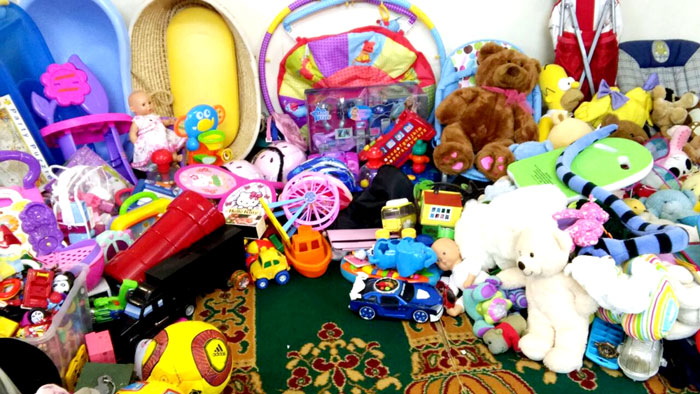 Minhaj ul Quran Women League London (South Zone) organized a two-day “Irfan ul Quran Course” on the 29th & 30th of April 2015 at the Minhaj-ul-Quran Centre London. The chief characteristic of the course was that more than 60 women took part in it.

The proceedings of the course got underway at 10:30 with the beautiful recitation from the Holy Quran by Hafiza Memoona Bukhari. After the recitation of the Holy Quran, a beautiful Nasheed was read by Minhaj Naat Council London. At the start of the course, a questionnaire was distributed amongst the students to assess the level of participants.

Mrs Nusrat Mahmood, President MWL South Zone, presented the welcome address in which she introduced the basic contours of the course. She said that it was a fundamental responsibility of everyone to get basic knowledge of Islamic teachings. She asked the course participants to take full benefit from this course. During this session, Irfan ul Quran course booklets were distributed among all the participants. In the course booklet, after every subject a blank page was also provided for any notes, which was highly appreciated by the participants.

The first day of the course was divided into 3 sessions.

In the first session, Arabic alphabets and its sounds were beautifully explained by Miss Memoona Bukhari. The main purpose of this session was to teach the correct pronunciation of the Holy Quran by teaching ‘Tajweed’. This session lasted for half an hour.

The second session was initiated by Mrs Nusrat Mahmood who briefly taught about the definition of Tajweed and its rules and regulations. Tajweed rules are extremely important that Quran can lose its meaning if the letters are not pronounced correctly. This session was also comprised of half an hour. There was a 15 minute tea break after session two.

The last and third session was initiated by Fatima Mash’hadi President Minhaj ul Quran Women League UK, who briefly talked about the revelation (Wahi) of Holy Quran, its Lexical and idiomatic meanings, different types of revelations and the way it was adopted by Allah (SAW) to reveal the message upon our beloved Prophet (SAW). She also shed some light upon the five famous names of the Holy Quran and explained their meanings in the light of different verses of the Holy Quran. The first-day session ended at 2:00 pm with concluding remarks and dua by Fatima Mash’hadi.

Session One & Two (Revision of Day one)

The second day of Irfan-ul-Quran course was started by Mrs Rukhsana, president Minhaj ul Quran Women League London. She revised the main points discussed previously on the first day of course. Hafiza Memoona Bukhari also revised the first day lesson of ‘Tajweed’. All the participants practiced the full mouth letters, opposite letters and the pronunciation of Haroof-e-Tahajji. There was a 15 minutes tea break after session two.

On the last session of the 2nd day of Irfan-ul-Quran Course, Mrs Fatima Mash’hadi, President of Minhaj ul Quran Women League UK beautifully explained the Lexical and idiomatic meanings of Tafseer, Translation & explanation of Ta,ooz and Tasmiyah. After this, sura Fatiha (first sura of Quran), 5 famous names, Tafseer and importance of this sura mubaraka was also explained. Ustaza Fatima Mash’hadi also explained one of the beautiful Hadith of Holy Prophet (SAW) “Deen is the name of goodwill”.

At the end, Mrs. Fatima Mash’hadi thanked the participants and appreciated the effort of the course coordinator Mrs Amna Ajmal and her team for their special dedication in making this course possible, by providing the students with booklets and other relevant course material.

All the participants were very happy and appreciated the efforts of Minhaj ul Quran Women League London (South Zone) and also requested to organise this course after every 3 to 4 months. Course feedback forms were distributed and the certificates were awarded amongst all the participants.

Mi’raj- un- Nabi (saw) is a great gift for the Muslims. It was the most blessed journey of human history during the night of ASCENT. It is the highest honour, which was not bestowed on any prophet except the Holy Prophet (SAW) who Almighty Allah invited to come to Him for a meeting.

She said, only offering Namaz doesn’t make us “Imaanidar” we should have the love of our Prophet (saw) in our hearts. She said that peace, tolerance and interfaith harmony and dialogue are some of the core values MQI is working on under the leadership of Dr Tahir-ul-Qadri. She said that MQI is building bridges among various cultures, and civilizations.