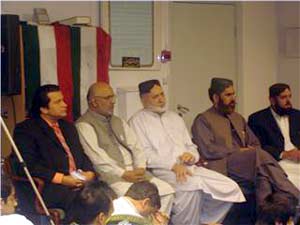 Alhamdulillah the evening of Wednesday 19th February 2008 was an inspirational one for the affiliates of Minhaj - ul - Quran International Oslo as the annual Quid Day organised by MQI Oslo took place in the MQI Idara Oslo.

The proceedings of the evening commenced with the recitations of The Holy Quran by sister Aminah Zaffar. The Minhaj sisters were invited to present the kalaam on Huzoor Shaykh-ul-Islam

Then the flout artist Bakar Chugtai and his group started their proceedure with Zikar-e-Elahi with flout after word they presented some beautiful nasheeds and Kalaam on Hazoor Shaykh - ul - Islam in a special way with flout and duff.

The respected Chief guest for this programme Allama Farhat Hussain Shah Sahab was then invited on the microphone to deliver his speech. After the speech beautiful Kalaams on Huzoor Shaykh-ul-Islam written by Respected Allama Noor Ahmad Noor was presented beautifully by himself with flout and duff. 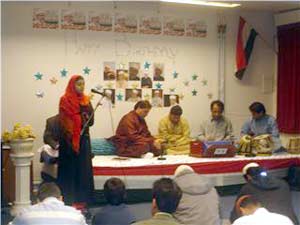 The entire audience joined him in reciting. A distinct spiritual ambience was unmistakable.

The prgramme ended with a special Dua by Sahibzada Farhat Hussain Shah Sahab for the long life of our beloved Quid and his well being. Finally food was distributed. 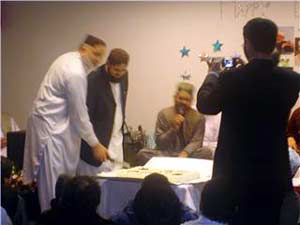 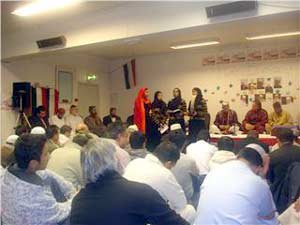 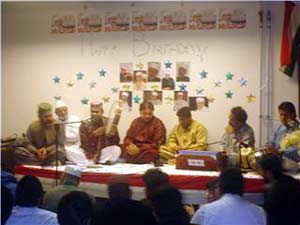 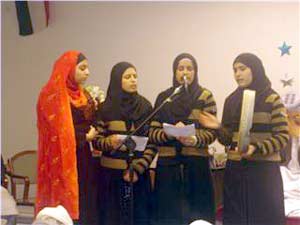