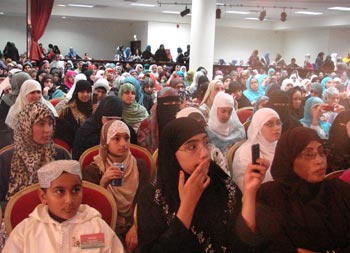 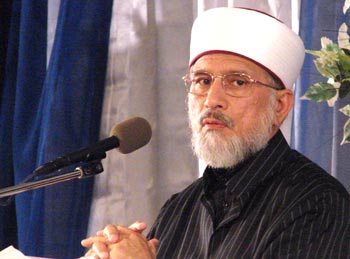 The proceedings of this historic conference got under way with the recitation of the Holy Quran by Hammad Mustafa al-Madani, the grandson of Shaykh-ul-Islam Dr Muhammad Tahir-ul-Qadri. The principal of Farghana Institute and young scholar, Allama Muhammad Ramzan Qadri, conducted the proceedings of the programme.

Addressing the audience of the programme, Shaykh-ul-Islam Dr Muhammad Tahir-ul-Qadri said that fifteen centuries have gone by with the result that vast changes have taken place in economic, social, political and sociological domains, also incorporating individual and family needs. The demands of the contemporary age have engulfed every walk of life. In these circumstances, the question arising in the minds of young people is that why are the teachings of the Holy Prophet (saw) the source of security, stability and direction? He said it is the perfect obedience of the Prophet of Islam (saw) that provides the only way to achieve success and can steer the Umma from its present state of decline. 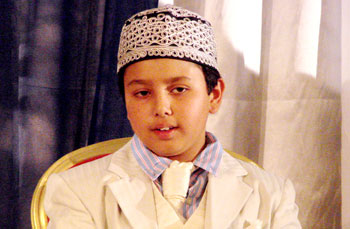 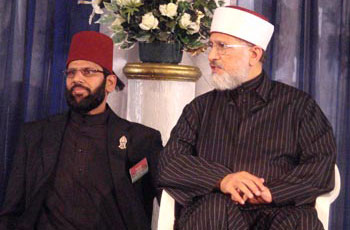 Throwing light on the reservations and misgivings about Islam and Shariah, Shaykh-ul-Islam said the youth and modernist society are caught in the web of these reservations. These reservations owe itself to the misinterpretation and misconstruction of Islamic teachings in the Western society. This face of Islam has been presented by a group of people called Taliban. The reality is that these people are themselves unaware of real Islamic teachings.

He said the teachings and ideal conduct of the Last Prophet (saw) are the source of inspiration for the Muslims. He said that accepting the Prophetic guidance as final guidance is the preliminary condition of being a Muslim. It warrants a thorough study of the Holy Prophet’s (saw) life, his universal teachings, sayings and the circumstances in which he was raised as a Prophet.

He said the pre-Islamic Arab society was known for extremism, injustice, tribal arrogance, social and moral evils. It was a time when humanity used to be degraded and dishonoured. He said that the mention of Roman civilization can be found at that time along with Greek, Persian and Hindi civilizations but these societies were unaware of the meanings of human values, culture and morality. In these circumstances, the Holy Prophet (saw) was sent with Divine message and he introduced those principles of civilization, morality and tolerance whose source was the Holy Qur’an and Sunna, The touchstone of its authenticity was his own ideal conduct. 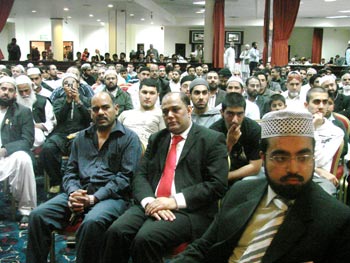 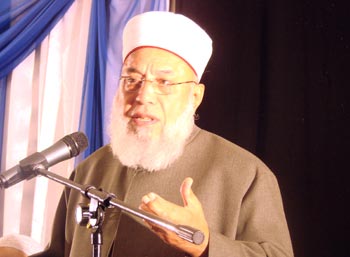 He said the so-called champions of modern-day world have come to know the meanings of extremism today but 15 centuries ago, while founding new civilization, the Holy Prophet (saw) eliminated terrorism, extremism and sectarianism by urging his companions to behave nicely with their neighbours with benevolence. The Companions were so led to feel by his insistence on this command as if the Holy Prophet (saw) eradicated the difference between Muslim and non-Muslim as a human being and neighbour.

Mentioning the rights of the downtrodden and less privileged sections of society, Shaykh-ul-Islam said that the Holy Prophet (saw) emphasized on his followers to worship their Lord, feed those of the needy whom they knew and also those whom they did not know. 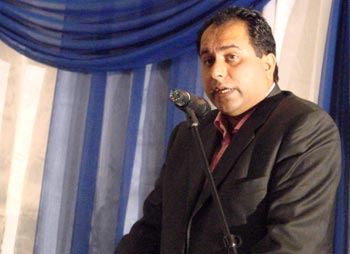 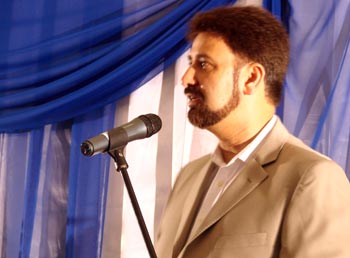 He said that the Holy Prophet (saw) gave a special instruction to establish a charity for the poor, talk to them tenderly and not hurt their feelings. He said the instructions about prayer, Zakat and fasting came later on but teachings about individual and familial brotherhood and ideal code of conduct were put into practice first.


Shaykh-ul-Islam said that the Holy Prophet (saw) gave the first constitution of the world 15 centuries ago. Islam introduced the concept of federal, provincial and local governments at a time when word coming from the mouth of King was a law unto itself and its violation or disobedience invited punishment and even death at times. Islam presented the consultative system and endowed on women their legal and human rights, whereas the fact remains that the so-called torch-bearers gave women the right to vote in 1920s for the first time in history. 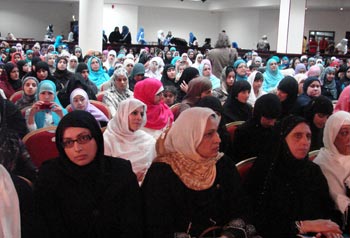 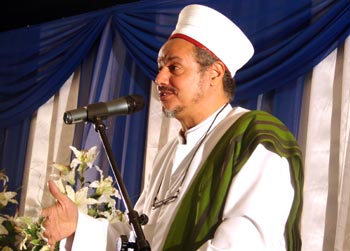 He said 15 centuries ago, the Muslim women were appointed on the positions of judge and sent to other countries as diplomats during the days of rightly guided Caliphs. He said the sister of Sultan Saluhuddin Ayubi was the governor of Halab. Whatever the champions of human rights may say today, they cannot present even a semblance of similar human values and rights, which the Holy Prophet (saw) presented while addressing his followers when he said that the protection of the Muslims and non-Muslims in man and material without discrimination, guarantee of freedoms of traditions and culture and their religious rights would be legal and constitutional responsibility of the Islamic state. Islam is a religion of peace and love and its message also denotes the same. No one can be allowed to pass religious edict at personal and sectarian levels in the name of Jihad and Caliphate. Labeling Muslims to be terrorists is nothing but injustice, pure and simple. 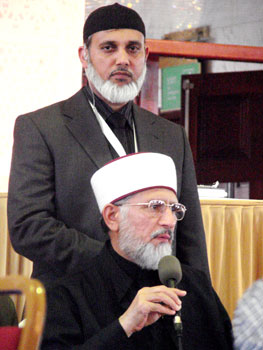 Urging all participants especially the youth to carve out their position in their societies and live amicably and peacefully along with other communities, Shaykh-ul-Islam said that Islam does not preach isolation.

Great religious scholar and Hadith-narrator, Shaykh as-Saad Muhammad Saeed as-Sagharji, said in his speech that the meanings of the Holy Quran and Hadith of the Holy Prophet (saw) are revealed upon the heart of Shaykh-ul-Islam like en enlightening light of Allah. That is why his research-based and scholarly speeches compel everyone to ponder and act. He said the passion to learn Hadith and love of Shaykh-ul-Islam attract him to attend such conferences each year. He said he considers his knowledge to be just a particle in comparison to knowledge of Shaykh-ul-Islam. Shaykh Asad Muhammad Saeed said he is a ray of hope in this age of mischief and disorder.

Counselor Afzal Khan said in his talk that it was a matter of fortune for people of Manchester that Shaykh-ul-Islam came here whom we hold in high esteem from the core of our hearts. 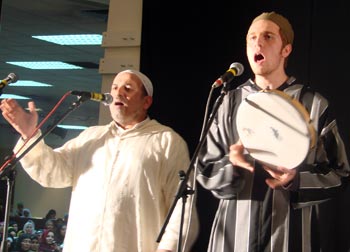 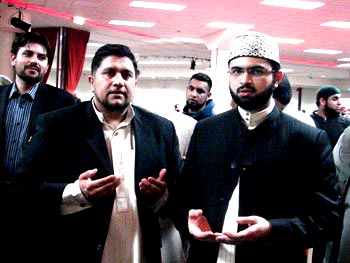 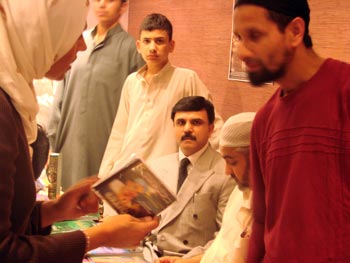