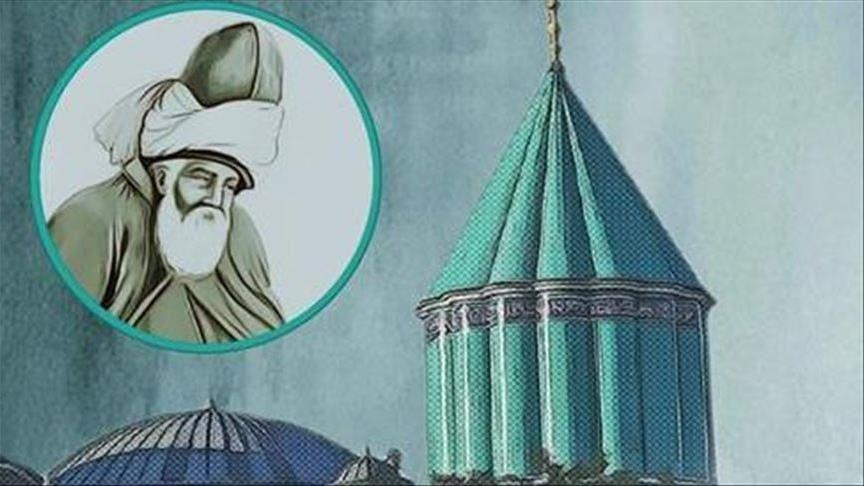 On the eve of an important date, a special ceremony was arranged in Lahore, the provincial capital of Pakistan’s Punjab province, by Minhaj-ul-Quran International, a non-governmental organization working in over 100 countries around the globe.

The ceremony was held to celebrate the birthday of Mevlana Jalaluddin al-Rumi, a 13th-century Sufi mystic, poet, philosopher, and theologian who was born on Sept. 30, 1207.

A large number of men and women were gathered in front of Gosha-e-Durood, a special prayer room in the organization that is a replica of Rumi’s tomb in Konya, a province south of Turkey's capital Ankara in the central Anatolia region.

In the English-speaking world, he is usually referred to as Rumi, referring to Anatolia, the place where he spent much of his later life. In various Middle Eastern countries and Turkey, he is commonly referred to as Mevlana or some other variant of Mawlana meaning "our master."

Speaking exclusively to Anadolu Agency, the head of Minhaj-ul-Quran International, Shaykh-ul-Islam Dr. Muhammad Tahir-ul-Qadri, said: “The structure, beauty, and calmness of Mevlana Rumi’s tomb has always fascinated me. I feel spiritually affiliated with him. My father, Dr. Farid-ud-Din Qadri, also ardently loved Mevlana, and especially in the last years of his life, he would read (Rumi’s poem) Masnavi fervently.” 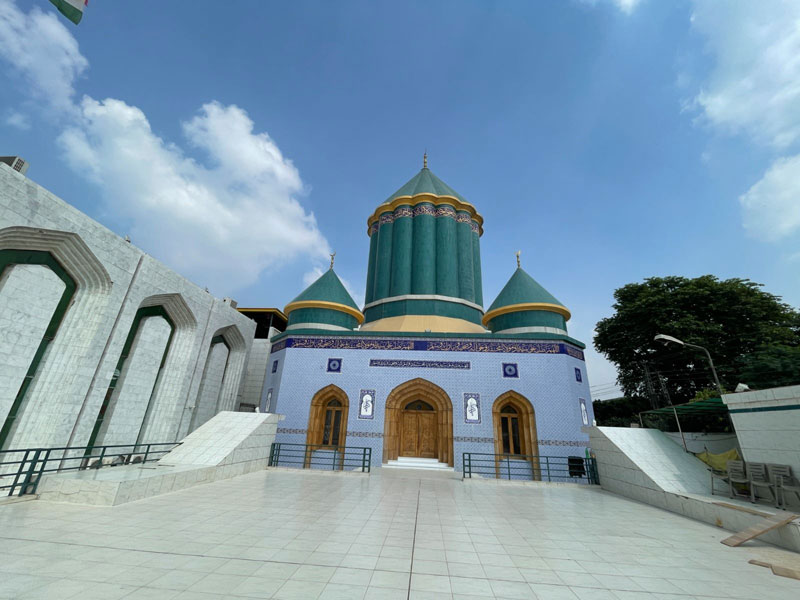 Gosha-e-Darood, a prayer room in Pakistan which is an exact replica of Mevlana Rumi's tomb in Konya. (AA Photo by Kiran Butt)

During the special ceremony, an audiobook by Tahir-ul-Qadri on the physical appearance of Holy Prophet Mohammad was launched.

“Greetings and salutations on Prophet Muhammad’s blessed personality is a great source of love and means of allegiance to him. This is the only action that is the Sunnah of Almighty Allah as well. That’s why I decided to raise this building so that people come, sit here, and in a spiritual atmosphere invoke greetings and salutations on the beloved Messenger of Allah,” said Qadri.

People by phone and emails send their requests to pray in the room and are later selected on a first-come-first-served basis in groups of six-seven people in one shift. By now, more than 4 billion salutations have been invoked.

The secretary of the prayer room Jawad Hamid said: “Gosha Nasheens (residents of the prayer room) recite Darood Shareef (a phrase in Arabic to compliment the Prophet) 24/7 in eight-hour shifts. We have dedicated special rooms, mess, and laundry service for people who come from all over the country for 10 days and spend their time while learning spirituality.”

“The cones of the pulpit are 85 feet in height from the ground level. The blue tiles on the wall inside the room are imported from Turkey and are handmade. Those are the same tiles used in Mevlana Rumi’s tomb,” Hamid told Anadolu Agency.

The residents wear a specific dress, like a dervish, during their eight-hour shifts and also fast while praying.

“Like Rumi, I always want to spread the message of love and peace in societies and communities. If I can get inner peace, I will automatically get outer peace and turn my life into a paradise,” said Mohsin Rasool, a devotee reciting Darood Shareef. 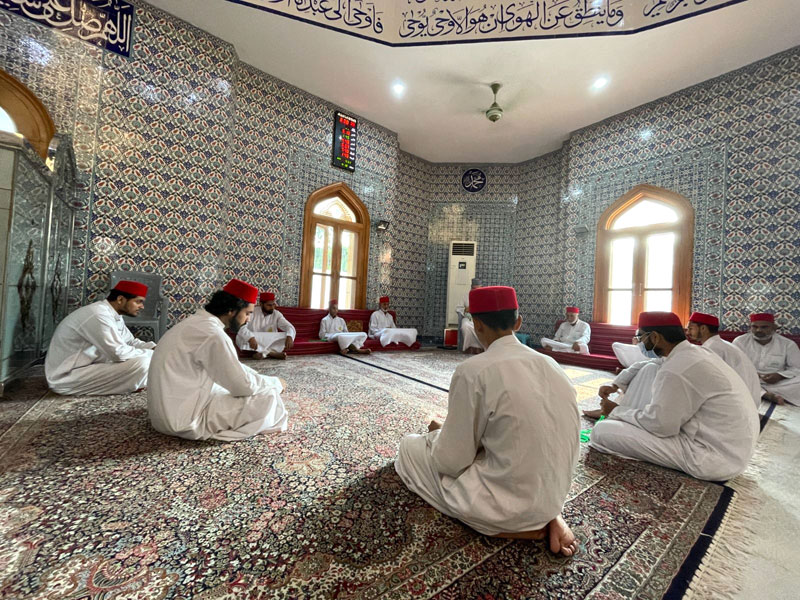 A lot of people in South Asia are fascinated by Rumi and his ideas, poetry, whirling dervish, and companionship towards humanity.​​​​​​​

Tahir-ul-Qadri, explaining the attachment of people with Rumi, said: “Mevlana is not limited to some specific age. He is a man of all ages. He calls people to the creator and the creation. He preaches love with humanity. Love and peace are gifts of God that bless you with eternity. That is how I relate Rumi to my current life while following the path.”