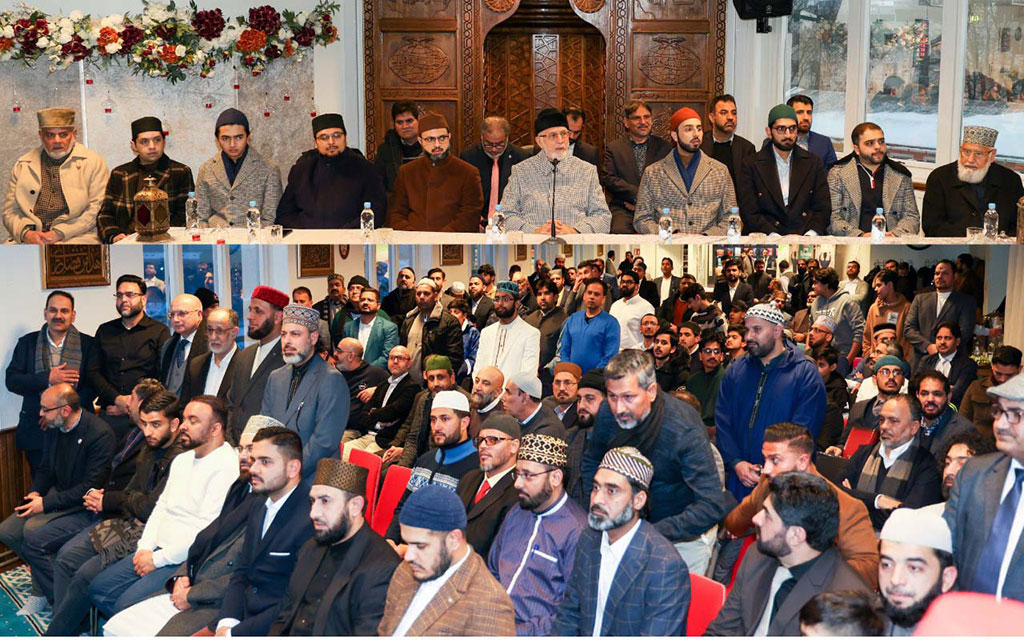 Addressing an intellectual sitting in Minhaj-ul-Quran Islamic centre Norway, Shaykh ul Islam Dr Muhammad Tahir ul Qadri has said that we should hold ourselves accountable on the arrival of New Year. He said that every tomorrow of the faithful should be better than yesterday or the day gone by. He said that every nation celebrates its days and occasions in its own unique ways but added in the same breath that a believer and a Muslim expresses his happiness and grief in line with teachings of Islam. He said that we should hold ourselves to account every day by thinking what positive changes we created in ourselves and what sins and evil deeds we saved ourselves from.

Shaykh ul Islam said that when a New Year arrives, one year from our lives is decreased. In other words, it is a matter of loss and that one gets concerned at the loss instead of being happy. He invited the attention of the people to the fact that loss has to be pondered over and carefully analysed. He referred to the verses of the Holy Quran and said that Allah Almighty says in the Holy Quran that man is in a loss; however those whose lives are structured on four pillars are the ones who are safe from the sense of loss. He said that the first pillar according to the holy Quran refers to the people whose life is based on Iman or faith and they are mainly concerned about the ways and means of strengthening their faith; the second set of people is of those who spend every moment of their life in doing good deeds; the third category is of those people who speak the truth with persistence no matter what and and lastly there are people who show patience in the face of heavy difficulties in ordeals and hardships. He said that in the light of these Quranic principles, we should hold ourselves accountable on daily basis whether we are In loss or benefit.