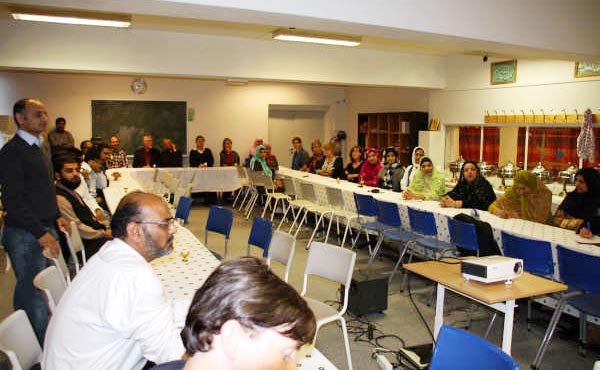 A fast-breaking meeting was arranged at the centre of Minhaj-ul-Quran International (Oslo chapter) in the holy month of Ramzan. Attended by the respected leaders of Christian, Muslim, Jews, Hindus and other communities, this meeting was attributed to the promotion of tolerance, interfaith harmony and mutual coexistence. Bishop of Oslo was the guest of honour, whereas Sender Anne from the Jews, Ms Glore of Church, Mr. Sognay of Gronaled Church, Mr. Hawa of Hindu Culture Society and other prominent people were among the notable guests.

The proceedings of the programme got underway with the recitation from the Holy Quran by Qari Nadeem Akhtar from Pakistan. A team of Minhaj Sisters presented Naat in the honour of the Holy Prophet (saw). President of Minhaj Reconciliation Council, Ijaz Warriach, offered the vote of thanks. He said the purpose of holding this programme was to promote the feelings of mutual harmony and interfaith dialogue among different religions. Minhaj-ul-Quran International was working for the spread of these goals under the inspiring leadership of Shaykh-ul-Islam Dr Muhammad Tahir-ul-Qadri. Shaykh-ul-Islam is an ambassador of peace and interfaith harmony and his services for these causes need no introduction. He welcomed all the guests to the meeting, saying the doors of Minhaj-ul-Quran International were always open. 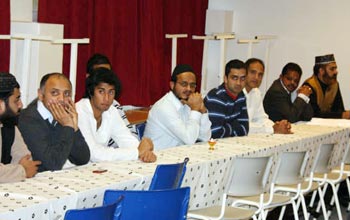 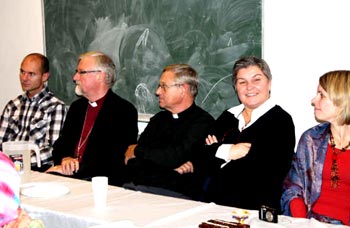 Ms Ayesha Khan presented a detailed introduction of the Movement and the leader of the Movement. She said Minhaj-ul-Quran International enjoyed the rare distinction of having its representation in seven continents and more than 100 countries of the world. 93 countries out of 100 countries have formal organizational structure of MQI and we were working for the expansion of its peaceful message day in and day out. Shaykh-ul-Islam is working for the promotion of global peace and dialogue among civilizations. She said we were proud of the fact that Shaykh-ul-Islam was the person whose services were proving instrumental in bringing the various religions closer to each other. Islam does not ordain forced conversions, rather it protects the rights of minorities living within the Islamic polities. Follower of every religion has a right to live his/her life in according with the teachings of his or her religion. He said Shaykh-ul-Islam is recognized as an ambassador of peace. He has authored about 400 hundreds books so far on diverse topics and delivered more than 6000 lectures. He urged the need of projecting interfaith harmony as this was the only way to establish global peace.

Representatives of other religions also spoke at the occasion and expressed their views. They appreciated the role being played by MQI, saying they were happy at being invited to MQI Oslo. They said the teachings and message of Dr Muhammad Tahir-ul-Qadri were the guarantee for establishment of global peace. Such programmes as would be very helpful in achieving the much-needed interfaith harmony and misunderstandings about Islam would also be removed. They said that initiatives in holding such moots would also be taken by the representatives of other religions. 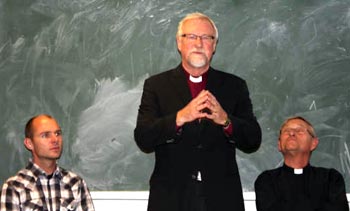 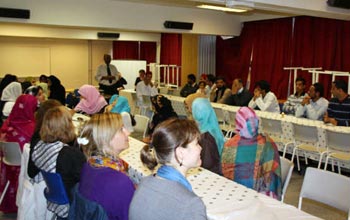 The chief guest of the moot, Bishop Kvarme Christian Ole (Bishop of Oslo), started his speech by uttering Islamic greeting words “Assalam-o-Alakum (peace be upon you)”. He felicitated all participants over the holy month of Ramzan. He thanked Minhaj-ul-Quran International Oslo for having invited him. He said such programmes could be helpful in bringing civilizations and religions closer. He said we thought Islam to be a religion of peace and MQI was such an illustration.

Speaking in Norwegian language, Allama Noor Ahmad Noor threw light on Islamic concept of Rights of People and urged participants to observe these rights. He said MQI was busy in presenting true Islamic teachings and thus was removing misunderstandings and confusions about Islam in the western world. He said Dr Tahir-ul-Qadri’s role in establishing global peace was acknowledged everywhere.

When the hour of fast-breaking struck, all other guests also had their meal along with the Muslims as a mark of respect and tolerance. All the guests were then conducted to al-Mustafa Hall and library. At the conclusion of the programme, president of Minhaj Women League, Ms Rafia Raoof, presented the gifts of CDs containing the speeches of Shaykh-ul-Islam. Iqra Ijaz and Zartash Bashir conducted the proceedings of the programme beautifully. 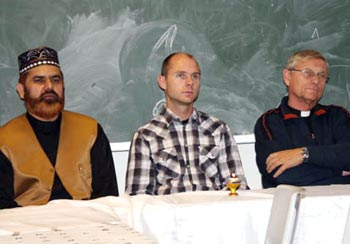 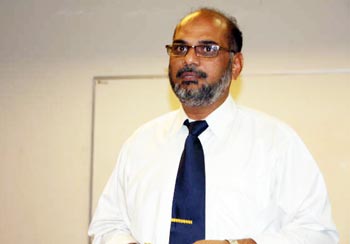 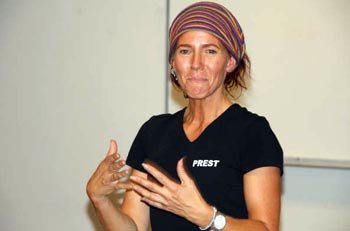 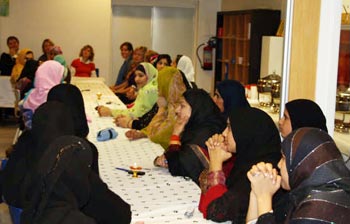 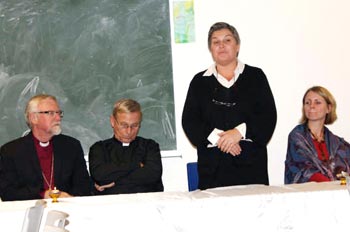 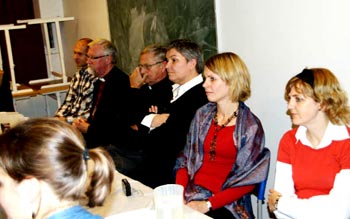 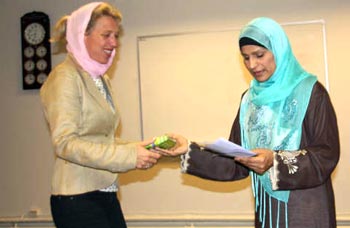 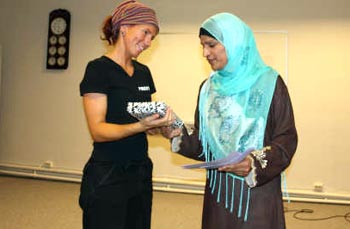 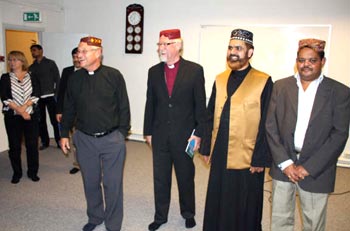 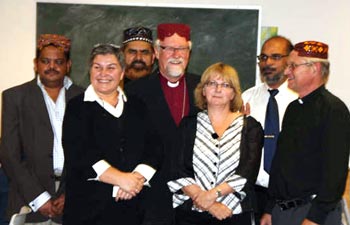 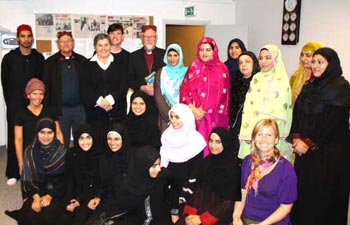 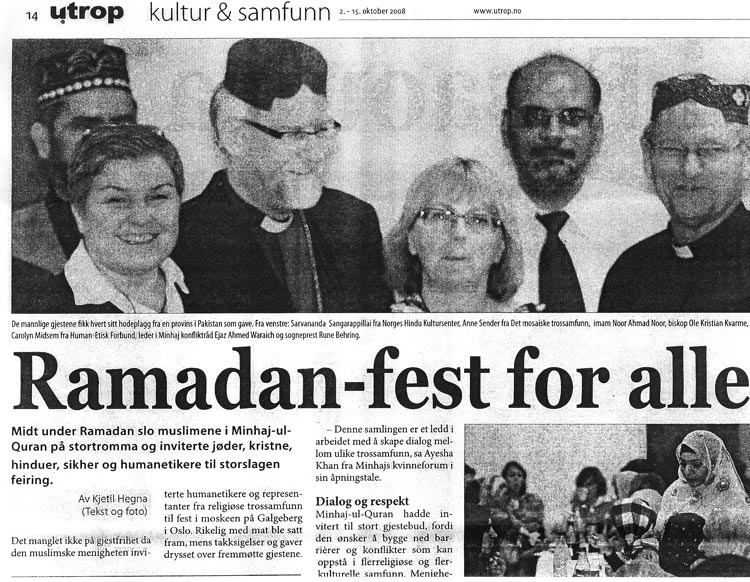