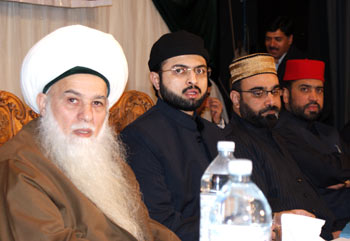 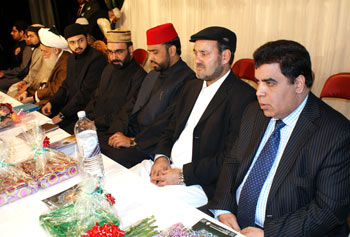 THOUSANDS of Muslims visited the Waltham Forest Town Hall on Forest Road on Saturday, 28th of March 2009, for a prestigious celebration to mark the birth anniversary of the Prophet Muhammad (SAW). The festival is celebrated by millions of Muslims around the world via recitation of Naat and programmes of Mawlid-un-Nabi (SAW). The festival is a national holiday in Syria, Libya, Egypt, Morocco and Pakistan among other countries. The festival is traditionally referred to as Mawlid al-Nabi. 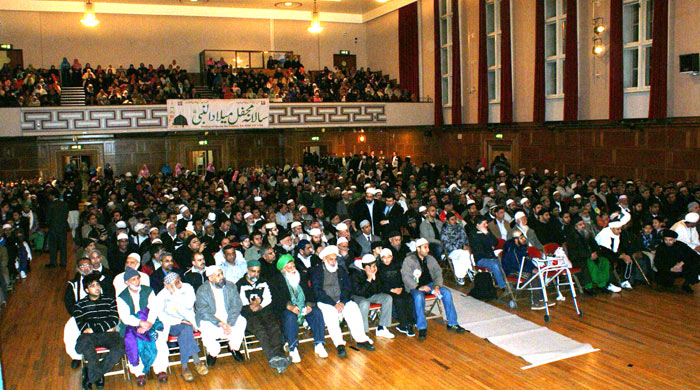 World renowned Sufi master Shaykh Muhammad Hisham al-Kabbani told listeners: “it is an honour to be here today to celebrate the birthday of the Prophet under the auspices of Minhaj-ul-Quran International.” Shaykh Kabbani along with the Naqshbandi Ensemble traveled from USA and arrived in London on the morning of the event at the Town Hall. Shaykh Kabbani was said to be suffering from a back pain on his arrival to the UK. Shaykh Kabbani said: to see the joy of the people celebrating had relieved him from his painful state. 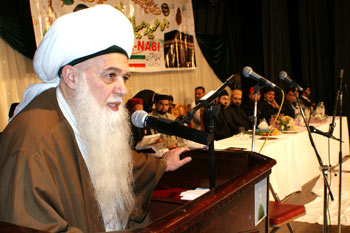 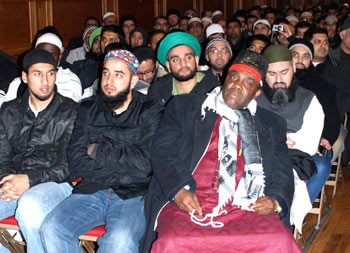 In a message of peace and justice Shaykh Kabbani said: “Islam came with justice and the Prophet (SAW) came with justice. If we do not see that justice and it is not within us today then we have fallen down. We are not successful. It depends on how much do we love and care for the Prophet (SAW). This will show us the need to bring justice back.” Shaykh Kabbani is the chairman of the Islamic Supreme Council of America and founder of the Sufi Muslim Council UK.

Sahibzada Hassan Mohi-ud-Din Qadri, president of MQI Supreme Council said: “We have all gathered here to show our love and reverence for the holy Prophet (SAW). May this celebration be accepted in the court of the Prophet (SAW)!” He told listeners: “Indeed it is a great opportunity for us to be here and listen to our great scholars of Islam. Indeed it is a great opportunity for me also to utter a few words in hope that they are accepted by the Prophet (SAW)” 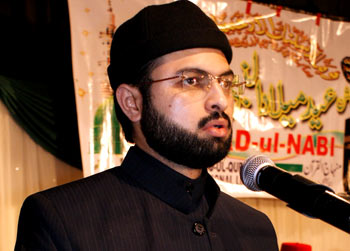 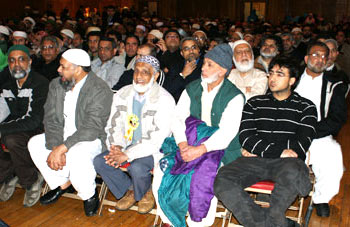 Muslims believe Prophet Muhammad (SAW) is the final Prophet to mankind. The Prophet (SAW) is regarded as the highest role model for humanity. Hassan al-Qadri told listeners: “Prophet Muhammad is the Prophet of peace, justice and tolerance. He is the Prophet of tranquility and who was raised as a mercy to all of mankind and is referred to by Allah in the holy Quran – We have raised you O Prophet as a mercy to all of mankind.”

Sahibzada Hassan Mohi-ud-Din al-Qadri is the son of the foremost authority of Islam Shaykh-ul-Islam Dr Muhmmad Tahir-ul-Qadri – founder and patron in chief of the Minhaj-ul-Quran International Organisation, the world’s largest non-governmental organisation. The organisation’s UK head office is based Forest Gate in London. 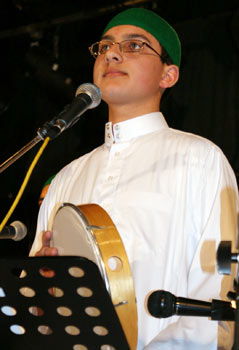 London Borough of Waltham Forest Mayor Liaqat Ali was among guests at the occasion. He said the festival of Mawlid gave the community a message of peace. He expressed his happiness and delight to be part of the celebrations at the Assembly Hall. Deputy Leader of the Liberal Democratic Group Councilor Johar Khan of Waltham Forest was also among other local leaders present at the event.

Newham Councilor and Stratford Magistrate Dr Zulfiqar Ali said: “Once again Minhaj-ul-Quran International has celebrated the birth of our beloved Prophet in a magnificent way. The messages about the deeds, actions and sayings of the Prophet were clearly stated by all scholars, particularly by Shaykh Hisham al-Kabbani and Sahibzada Hassan Mohi-ud-Din Qadri. These were a great motivation for some 2000 audience to lead our lives as the Prophet did and sustain our reputation as good Muslims through our actions, deeds and behaviour.” Other guests included: Imam Muhammad Sadiq Qureshi of the Minhaj-ul-Quran centre in Newham and the centre’s Chairman Ishtiaq Ahmad.

The event was also attended by Waltham Forest resident Khurram Shazad said: “We have continued in our success in serving the communities of Waltham Forest. We celebrate the birth of Prophet Muhammad (SAW). His message was one of kindness and not of harshness. People of all walks of life have joined our celebration. I would like to say that we have today also celebrated the diversity of culture and faiths of the communities that reside in our borough. We are extremely thankful to our faith leaders and politicians for their attendance today”. Guests at the event later had a lavish dinner at the residence of Khurram Shazad - chief organiser of the Walthamstow event.

Waltham Forest resident Rafiq Ahmad said: “I must say this has been a well organised event with a very huge success for the people of Walthamstow. I hope they will continue to build upon this in sending a message of peace and community cohesion.” Mr Ahmad also chairs the Minhaj-ul-Quran organisation’s Youth Forum in the borough. 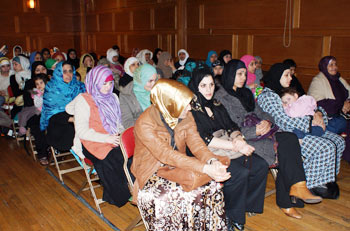 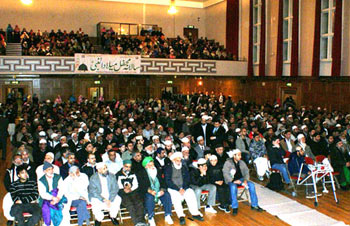 The celebration included a live performance by the Muslim band Naqshbandi Ensemble. The group originally from the United States made a live performance at the event. Semi fluent al-Sayyid Ali sang in the Urdu language. He performed for the first time to an audience of mainly subcontinent roots. Al-Sayyid Ali sang “Pukaaro yaa Rasulallah – Proclaim O Messenger of Allah”. The song is sung traditionally in the sub continent in praise of Prophet Muhammad (SAW). World renowned Pakistani poet and Naat-Khawan Muhammad Afzal Noshahi made a performance. Minhaj al-Madina – group of young children also performed at the event.