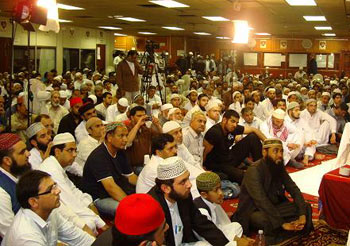 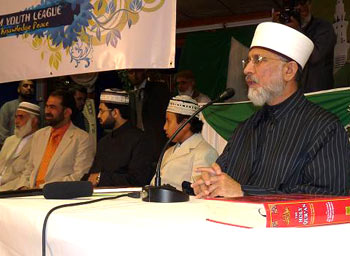 The Muslim youth needs to make a choice out of two available options namely fulfillment of the desires of their ill-commanding selves or pleasure of Allah Almighty in this materialistic age, for as long as the identification of destination would not be done, they would continue their journey but would fail to reach the destination. Shaykh-ul-Islam Dr Muhammad Tahir-ul-Qadri expressed these views while addressing a gathering of youth in MQI London Secretariat who came from across UK to listen to his speech. Basing his discussion on the Sura al-Kahf, Shaykh-ul-Islam mentioned four points. He said the youth would have to become true seeker of Allah’s pleasure and fulfill the conditions of being a true seeker. The sincerity of intention is one such basic condition because the attainment of destination is not possible without sincerity of intention and purpose. 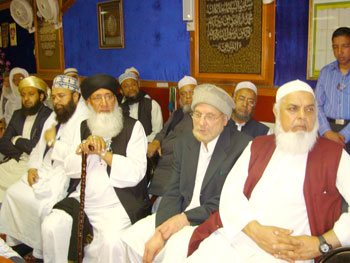 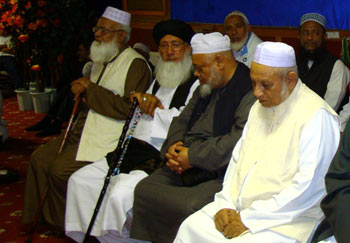 Shaykh-ul-Islam Dr Muhammad Tahir-ul-Qadri said that after becoming true seeker, the journey towards the destination starts; therefore, they would have to become the true seekers. One could become seeker without mysticism but not Salik for it requires not only the knowledge of ins and outs of mysticism but also the strong commitment to actually implement it. He said that during the spiritual journey, the possibility of attacks from robbers (i.e. evil forces) remains intact but a true seeker is able to ward off these dangers and makes his way out of evil’s maze. 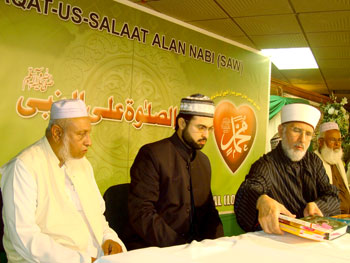 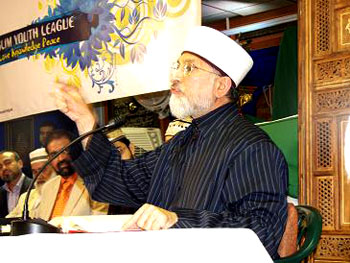 Dr Muhammad Tahir-ul-Qadri said that determination of destination was very important. Otherwise a person would continue to roam around a cycle without any possibility of finding the destination. He said that Islam was a religion of peace, unity and integration that espouses modernity. It neither admits of coercion nor oppression and barbarism. It allows its followers to mix up with people of other faiths as long as they adhere to their religious teachings, culture and value system. He said Islam had presented a model of multi-cultural society millions of years ago. The Holy Prophet’s (saw) pattern of life shows such a way to the humanity by following which one can succeed without any worry or difficulty.

Shaykh-ul-Islam Dr Muhammad Tahir-ul-Qadri said that no dress is Islamic or un-Islamic. Islam has recommended such a dress for its followers which not only covers their bodies but also gives them chastity. Referring to a particular haircut being adopted by the youth in the name of fashion, he advised them to have such a fashion which represents their personality and religion. Every dress was Islamic as long as it fulfilled the above-mentioned prerequisites. He said that Islam was against social isolation. Rather, complete constitutional protection has been provided to religious teachings and values of other religions in Islamic empire. 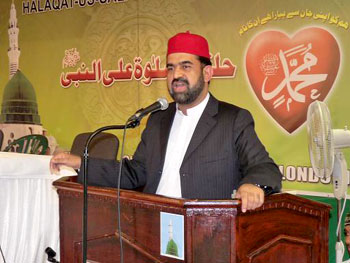 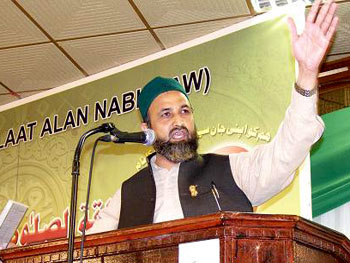 Dr Muhammad Tahir-ul-Qadri mentioned the importance of company as the third plank in this spiritual strategy because attainment of destination depended largely on the nature of company a seeker possessed. The Holy Prophet (saw) described three characteristics for selection of company. It pertains to adopting the company of such a leader by seeing whom one is reminded of Allah Almighty; who imparts wisdom and religious insight to his audience and his way of life reminds you of the life hereafter. 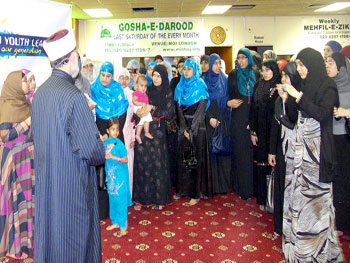 Mentioning the fourth point, Dr Muhammad Tahir-ul-Qadri maintained that the attainment of destination was not still possible even by implementing the three points as long as one did not take into account the factor of reverence and respect. He asked the youth to adopt the company of the Holy Prophet (saw), his companions, and Allah’s friends so that their destination could come nearer. He said that the parents faced immense difficulties in upbringing and training of their children and if you wanted to give better future to your children, you needed to become a true seeker, a pious Salik and a respectful person of good company. It would not only transform your life but the society would also undergo revolutionary changes.

The proceedings of the programme got under way with recitation from the Holy Quran by Hafiz Zeeshan followed by Naat recited by Kabeer Hussain and Muhammad Afzal Noshahi. Muhammad Rehan Raza Qadri conducted the proceedings of the programme. Tahseen Khalid, president of Muslim Youth League, read out the welcome address, whereas Hammad Mustafa Qadri recited the Qaseeda Burda Shareef in Egyptian style. 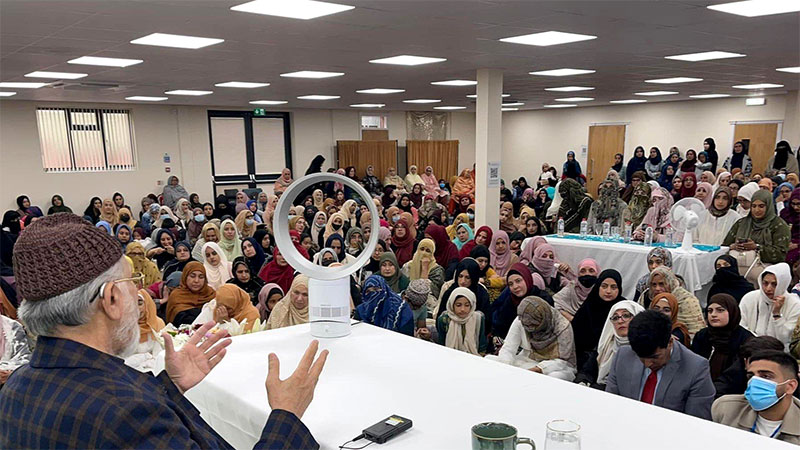