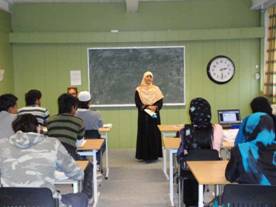 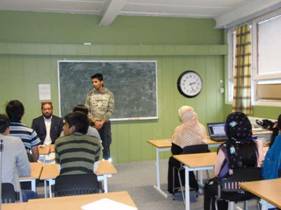 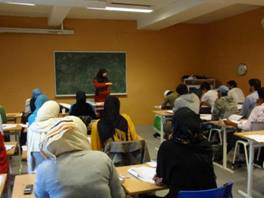 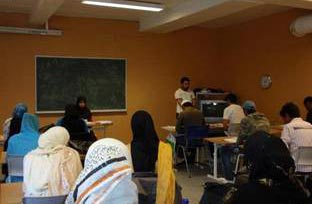 The course was conducted from 20th to 26th June 2009. Examinations were held on 28th June 2009. The Group’s Secretary Noshaza Hussain Qadri from Minhaj-ul-Quran Women League delivered lectures to the course. The course syllabus was translated from Urdu to Norwegian language so that the participants might easily understand the contents of the course. The course revolved around following main principles in the book.

Understanding of these principles was a prerequisite to perform work well in the course. The Training Group intended to equip the participants with this knowledge so that they might work better for the promotion of human rights, peace and interfaith harmony and objectives MQI is strenuously striving for around the globe. At the same time the participants would also gain knowledge useful in their private as well as professional lives. 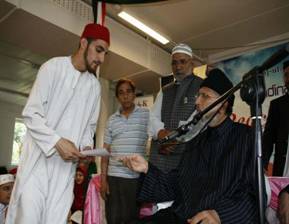 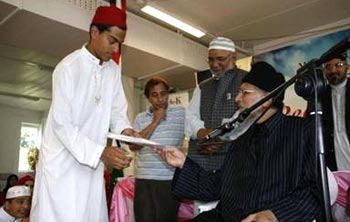 Minhaj-ul-Quran Women League’s President Rafia Rauf and Allama Asrar Ahmed were invited to the opening ceremony of the course as guests of honour and also to make Dua. Muhtarma Rafia Rauf said that she was very happy that this initiative of the Training Course was taken by Minhaj-ul-Quran Women League Norway. It was also encouraging to know that MWL and Minhaj-ul-Quran Youth were working together for such joint ventures. She appreciated the work done and pointed out that this course would be very useful for everybody both on personal and organizational levels. She told the youth to struggle hard so that they might achieve success. 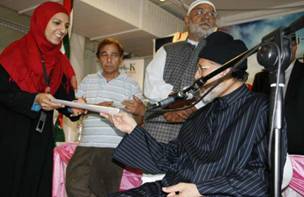 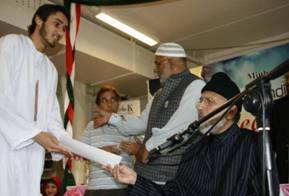 Allama Israr Ahmed expressed his pride on the initiative of MWL Norway to start such a Training Course. He made a special Dua and asked all the participants to repeat after him. In this way all the course participants got spiritually inspired for the course.

Thereafter Tarbiyyah Secretary Noshaza Hussain Qadri started the lecture. She first informed the participants about the importance of following a special blessed person to achieve nearness to Allah (SWT). Thereafter she spoke on the first principle in the course: “academic stability”. 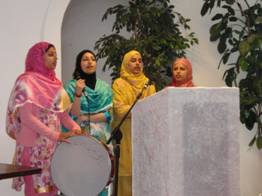 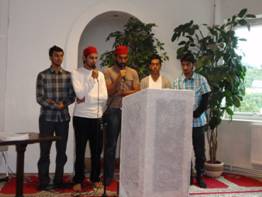 Many youths participated in the course on the first day. They all expressed great enthusiasm to attend it. The second day of the course had 25 participants! The participants learned about principle 2 and 3 from “Safar-e-Inqilab” and about the five objectives of Minhaj-ul-Quran International.

On the third day of the course the Training Secretary Noshaza Hussain explained piety and cleanliness and the importance and methods of acquiring these qualities. 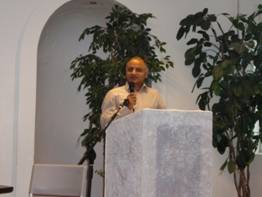 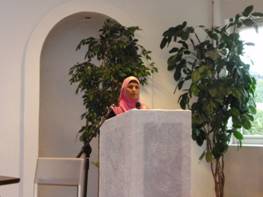 On the 7th and the last day of the course the topic was self-criticism and self-evaluation. At the end of the course, a 10 minute lecture on working in MQI by Shaykh-ul-Islam Dr Muhammad Tahir-ul-Qadri was shown on screen. All the students recorded their comments and evaluated and welcomed the course in a very positive way. The session ended with Dua by Minhaj-ul-Quran Women League leader Rafia Rauf and Minhaj-ul-Quran International Norway president Pervaiz Nisar. They both congratulated all the 26 participants on successful completion of the course and advised them to implement the lessons in their daily lives.

The exam was held on 28th of June. All the students did a tremendous work during the entire training period and in the examination as well. The results were indeed extraordinarily despite the fact that the course was arranged on a short notice. 25 students, including 14 sisters and 11 brothers, took the examination. Out of 100 points following was the average grading: 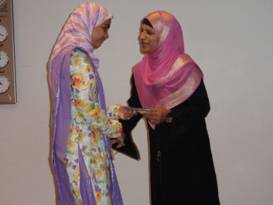 On the Scandinavian Workshop held in Oslo 12th of July, Shaykh-ul-Islam Dr. Muhammad Tahir-ul-Qadri himself handed over the diplomas to the students.

To celebrate the overwhelming extraordinary exam results and appreciate the hard work of the students, a small ceremony was held on 26th of July. Sheema Naat council and Minhaj-ul-Quran Naat council Norway presented beautiful Nasheeds and created an ecstatic environment.

Training Secretary Noshaza Hussain said that she was surprised by the overwhelming efforts of the students and the extraordinary exam results. She informed that all the students passed their exams with grade A +! She hoped the students would continue working hard in future as well. The Minhaj-ul-Quran Woman League awarded the students with gifts including DVD lectures and books of Shaykh-ul-Islam Dr Muhammad Tahir-ul-Qadri. The parents of the students were also invited to the ceremony to show them how hard working their children were. The Training Group also informed about the next course.