On 3rd February, Jamia Masjid Minhaj-ul-Quran, Nelson, held an Annual ‘Giyarvee Sharif’ spiritual gathering in honour of Shaykh Abdul Qadir Gilani (RA). The gathering was organised for the young female students who attend the education centre on a daily basis by the senior teacher Sister Tahira Basharat and other members of staff. 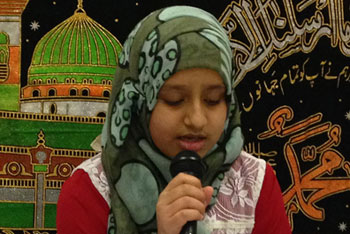 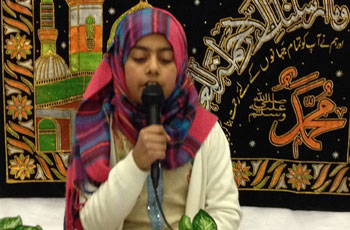 The programme was a great success with all the students enjoying themselves and taking part in various parts of the programme. The mehfil was hosted by senior students, Ismah Mehmood, Hasana Mirza, and Nimrah Khan. The programme began with recitation of the Holy Quran, which was done by Iqra Noor. All the students then collectively recited Qaseedah Burdah Sharif. The first Naat Sharif of the event was recited by Komal Liaquat, who recited “ya Nabi Dekha hai rutba”.  This was followed by another Naat Sharif, honouring the month of Milad, which was recited by Mariam Ajaz. This was followed by another Naat Sharif by Fatimah Rehman. The first poem of the event was recited as a group by Adawiyah Fiaz, Noor Fatimah, Zayna Mahmood and Malaika. They collectively recited a poem called “Read the Holy Quran”. This was followed by a Hamd by Amilea Afzal who recited “Give Thanks to Allah (SWT)”. There was then another Hamd by a group of girls, Halima, Khadija and Laiba who recited “Allah hi Allah kiya karo”. 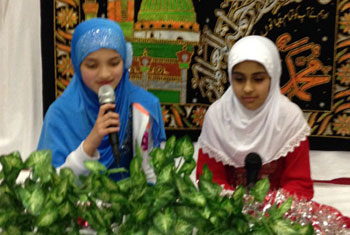 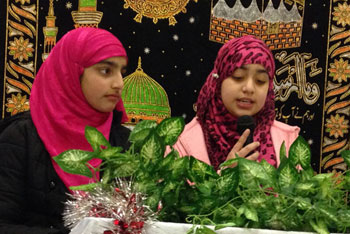 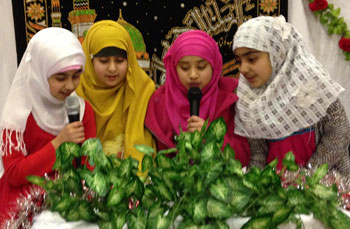 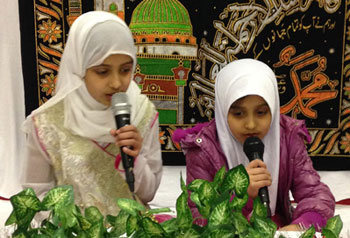 The first speech of the event was delivered by Laiba Ahmed, a senior student at the centre. She talked about the importance of celebrating the Giyarvee Sharif, and the status of Shaykh Abdul Qadir Gilani (RA). This was followed by a Naat Sharif by Alisha Sultan and also a Naat Sharif by Tania Iqbal. The second poem of the event was recited by Iram Khan and Ayman Ahmed. There was further praises on the Holy Prophet (SAW) by two sisters Ayman Ajaz and Meerab Ajaz, who recited “Rab nay Diya hai unko”. There was also a Naat Sharif by Laiba Hussain who recited “Teray hotay janam Liya hota.” The second speech of the event was delivered by Zulaikha Mehmood, who talked about the life of Shaykh Abdul Qadir Jilani (RA). Tooba Bilal and Salihah Anjum then recited a Manqabat called “Sarkar e Ghoas e Azam”. Lybah Khan then recited another naat called “Rukh say kakul hata diya tu nay”. 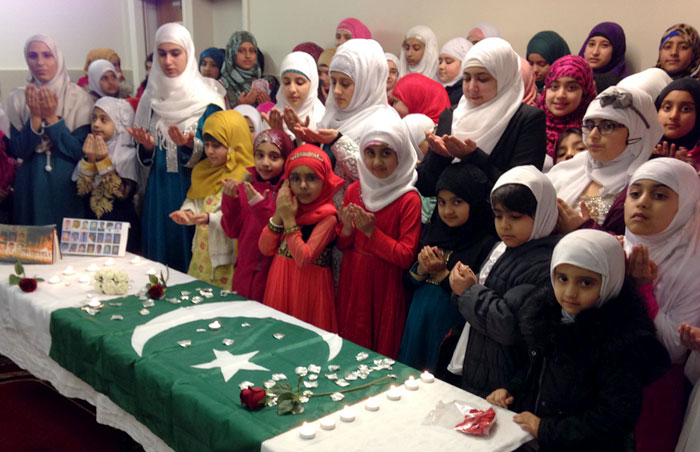 The final speech of the event was delivered by the guest speaker Sister Adeeba Muneer. She gave a good talk about the importance of respect for parents and teachers. The final Naat Sharif of the event was recited by Amina Ahmed. There was also a small prize giving session at the mehfil, in which students who had given presentations and speeches were given gifts. The students who won prizes were Nimrah Khan, Hasana Mirza, Ismah Mehmood, Laiba Ahmed and Zulaikha Mahmood. The students also had a short prayer session for the young children who died in the Peshawar School terror attacks. They lit candles and held a small memorial for them. The mehfil was concluded with ‘salaam’ by everyone as a collective group and dua by Laiba Ahmed. She prayed for the young children and also for the health and well being of Shaykh-ul-Islam Dr Muhammad Tahir-ul-Qadri. Everyone was also served refreshments in honour of the remembrance of Shaykh Abdul Qadir Jilani. 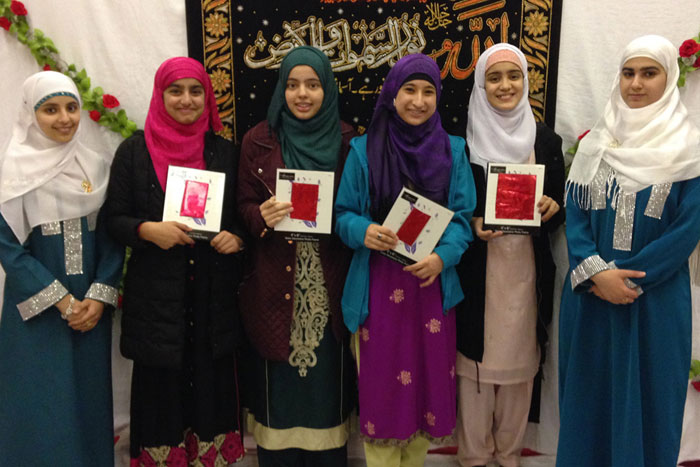