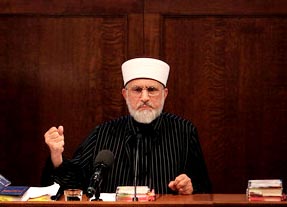 Dr Muhammad Tahir-ul-Qadri said that one the one hand, there was unending talk of eliminating terrorism and establishing durable peace, on the other hand, such acts were being carried out, which had the potential of derailing peace efforts thereby rendering the world even more vulnerable to new dangers. He said that such acts could jeopardize world peace and spawn more terrorism. He said that there were strong possibilities that the world could plunge into a pit of destruction if such activities continued to take place unhindered.