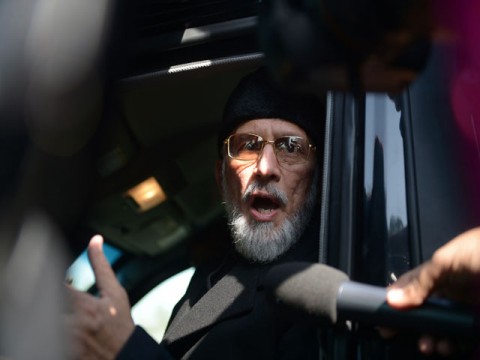 Tens of thousands of Pakistanis inched towards Islamabad Monday, in a protest march led by an influential cleric calling for revolution but accused by the government of trying to sow political chaos ahead of elections.

Tahirul Qadri, a Pakistani-Canadian who returned to his homeland last month after years in Toronto, accuses the government of being corrupt and incompetent, and says polls cannot be held until reforms are enacted.

If held on schedule, the election will mark the first democratic transition of power between two civilian governments in Pakistan's 65-year history, which has been marked by bloodless coups and extensive periods of military rule.

Mainstream politicians fear that Qadri's demand for the military to have a say in the caretaker set-up could be a ploy by elements of the establishment to prolong the interim administration and delay elections.