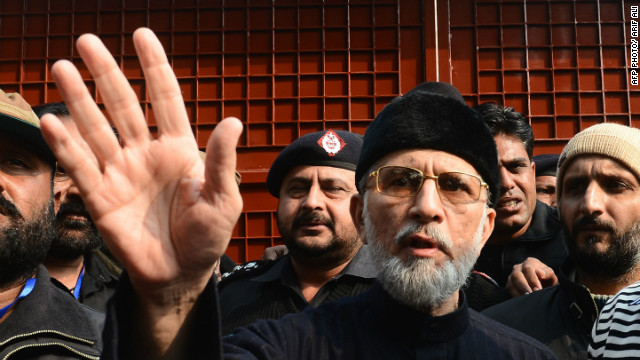 Local television showed a convoy of buses, vans and cars proceeding to the capital. Participants packed the vehicles, many waving the national flag. Qadri traveled by bulletproof van. Some joined the procession on foot.