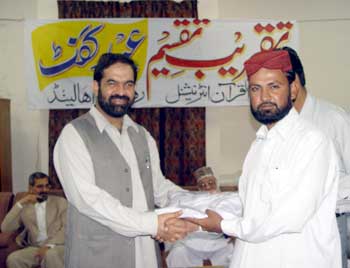 A ceremony of Eid Gifts distribution was organized at the Central Office of MWS, Lahore on 26 Oct, 2004 which was sponsored by MQI Rotterdam (Holland). Thirty five students received the gift of Eid from the responsibles at the Central Office of MWS. At this occasion Nazim-e-Aala (MQI) said that MWS is struggling for the uplift of deprived and poor people. He mentioned that MWS is smoothly running many welfare projects. Students Welfare Board is one of them through which thousands of students are being educated for their bright and prosperous future. At this occasion principle of COSIS Dr. Zahor Ahmad Azhar said that if it do come true that each member of organization or society perform his duties and get his share properly then it will certainly progress by leaps and bounds. Nazim MWS Col. (R) Muhammad Ahmad expressed his views by saying that MWS is leaving no stone unturned for the betterment of humanity & is helping the deserving people in all the possible aspects of human life. At this occasion Mr. G.M. Malik, Imtiaz Hussain Awan, Sajid Bhatti, Safdar Abbas & Zafar Iqbal were also present. Ameer-e-Tehreek Miskeen Faiz-ur-Rehman Khan Durrani concluded the ceremony with Dua for the sponsors as well as the students. 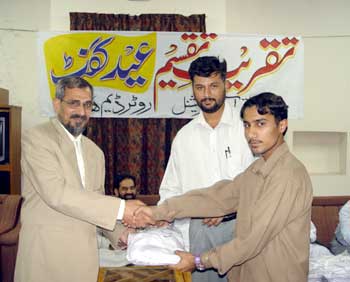 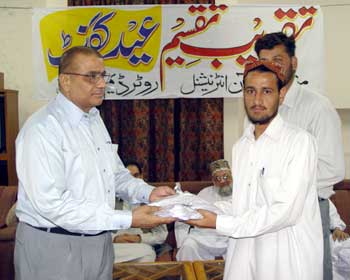 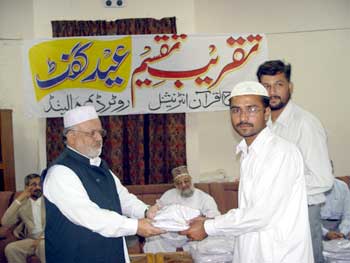 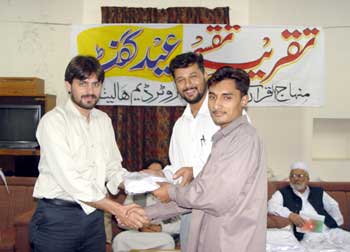 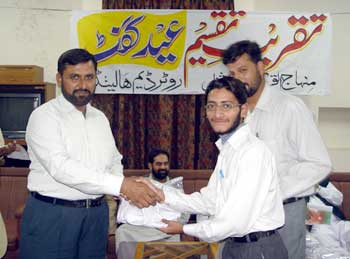 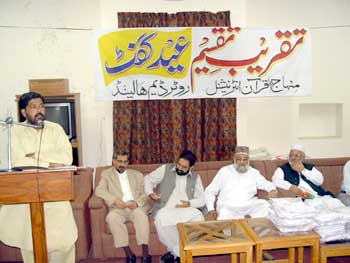 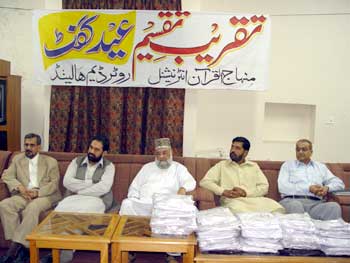 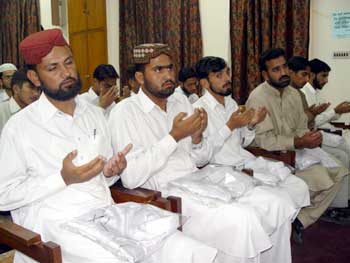 You are cordially invited to join us by adopting/sponsoring a student.