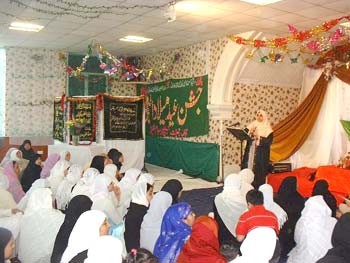 Ma’sha’Allah by the blessings of Almighty Allah and His beloved Rasul (saw) a  large attendance of both young and older women gathered to participate in this  programme.

The programme began with a talawah and some nasheeds.  Sister Khadijah addressed the young sisters on the topic of the struggles and life of the Prophet (saw) and related this to the struggles of the modern day Muslims and the role of Minhaj-ul-Qur’an in its attempt to address these global issues.  Sister Faiza introduced the aims and objectives within Minhaj-ul-Qur’an and announced how to become a member; she also recited some beautiful nasheeds. 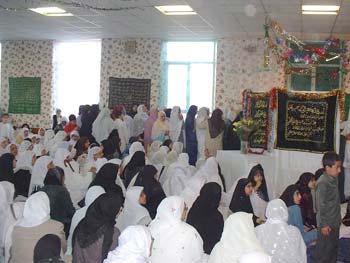 Alhamdulillah, many young girls came forward to join MYL (Muslim Youth League) and collected membership forms.  Funds were raised for the Minhaj-ul-Qur’an welfare projects by the sale of 30 videos (English lectures of Sheikh Tahir-ul-Qadri) and 40 books written in English by Sheikh Tahir-ul-Qadri on various topics on Islam.  Those who purchased the vides and books also received a Minhaj-ul-Qur’an free introductory pack

The highlight of the programme was the ziarat of the mohim mubarak (viewing the blessed hair of the Prophet (saw)).  This was accompanied by some youth sisters reciting nasheeds, including Sisters Farah, Zarah and others. The mohim mubarak was brought in by brothers Qasim (from Leicester) and Hameed who  placed it in a 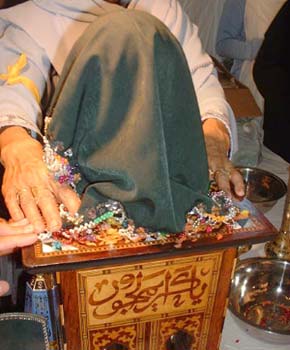 beautifully decorated section of the mosque. A sister announced the practical and respectful way in which one should view the mohim mubarak.  The sisters respectfully formed a line awaiting their turn of ziarat.  The ziarat was completed after about 2 hours, ma’sha’Allah.

We would like to say a big ‘thank you’ to all those who helped in the preparation and organization of this special programme and we pray that Allah (swt) with the blessings of His Rasul (saw) continue to guide you on the straight path Insha’Allah. Ameen. 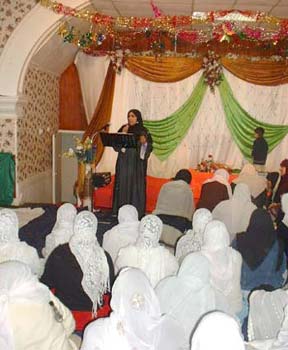 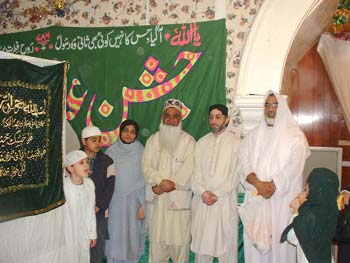 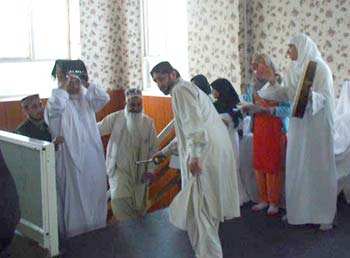