RADIO RAMADHAN Walsall-103.6FM It is with the blessings of Allah Almighty and His beloved Rasool Muhammad (saw) that for the second year running Minhaj ul Quran Walsall team have been granted the license to broadcast Radio Ramadhan. 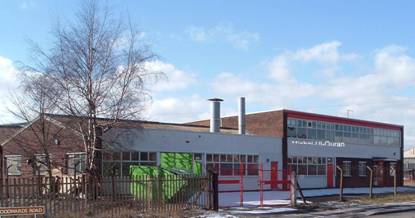 What is a greater source of celebration, in this month of mercy and forgiveness, is that for the first time in history the radio has been aired from the premises of the new building of Idara Minhaj ul Quran Walsall. It was precisely through the medium of radio, which led to the fruition of the location with the help of the local community.

The organisation of the radio timetable was diverse in meeting the needs of the Muslim community situated in Walsall. Shows were broadcast in different languages such as Urdu, Punjabi, English and Arabic and targeted both the young and old, male and female. Issues of deep concern and thought were raised as well as those, which are humorous along with spiritual insights. 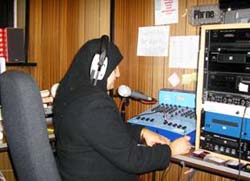 This year sisters from Birmingham Idara joined forces with their fellow ‘Minhaj-ul-Quran memebers’ to assist in broadcasting the Sisters’ youth show. The show was broadcasted live every Monday, Wednesday and Friday between 7.30 to 9.00pm. The team of sisters were; Iram Idress (Walsall), Rosina Nawaz (Birmingham), Aliya Zafar (Birmingham), Tabbasum Nazneen (Birmingham) and Tanzeem Begum (Birmingham). The show involved not only presenting, which has been a challenge for some of the sisters and a new experience but also background reading and research into topics that are to be raised in any given show. Alongside this, selection of nasheeds and advertisements to play formed part of the effort. Competitions was also a common theme in order to involve the listeners which included giving away of tickets to nasheed concerts, vouchers, paintings etc.

Live phone calls also constituted a section of the show whereby the listeners were given a chance to air their views and those listeners who shyed away from lives talk left messages or sent in texts which were also a source of motivation. The technical equipment of the studio proved a bit of a nightmare at the beginning but by the grace of Allah it eased and was no longer problematic.

The most appreciated and valuable part of the show was the live guests. Many different individuals consented in assisting in our show by taking out the time to share their views which were  extremely precious.  They included: 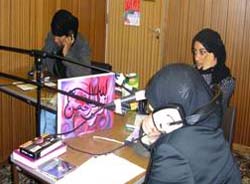 Sisters Bahiya and Sister Jamilla, twins who returned to Islam after their catholic upbringing shared their experience in our show dedicated to celebrating converts. It is worthy to note they are closely related to the renowned Shaam group.  The sisters themselves are part of a nasheed group called Hashimia who perform exclusively for female audiences across the country.

Then respected Shaykh Nasir Sulemani from Hounslow mosque conducted a live interview delivering a speech on the rights and place of parents in Islam and advising the youth that they must render respect to their parents in conjunction with the Quran and Sunnah highlighting the reasons behind this.

Brother Ataullah Parkar, a student studying philosophy, who has recently founded the Muslim education project aiming to create an education suitable for the needs of British Muslim children, went live on air. He spoke of the need for a balance in Islamic education in conjunction with secular education and how this can be achieved. He addressed how those interested in developing this project could contact him or visit his website: www.freewebs.com/muslimeducation

Shaykh Ramadhan Qadri discussed the importance of gaining knowledge and how this leads to true understanding of ones faith. He introduced listeners to the ICIS (Institute of classical Islamic science), situated in Lahore, Pakistan, which caters specifically for the needs of British youth to enable them to study authentic Islamic knowledge under the guidance of Shaykh ul Islam Dr Muhammad Tahir ul Qadri. 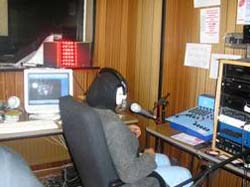 Sister Sundos Anwar, a 16 year old sister from Birmingham, who is currently studying at ICIS, spoke live from Pkaistan about her experience so far at the institute. She explained how she has felt change within herself due to the spiritual atmosphere developed in the institute and how she is gaining Islamic knowledge that she would never had the opportunity to do so if she was in England. Her advise to the listeners was, “if you have the chance to study at ICIS, go, before its too late and death comes knocking on your door, when you have no escape” www.minhaj.org/icis

The  Sisters’ youth show also discussed the topics of marriage, depression, dhikr, parents, hijaab and much more. The Brothers’ deserve equal praise in their hard work.

The brothers’ youth show ran on Tuesdays and Thursdays from 7.30pm to 9.00pm, the team consisted of Brother Tahseen Khalid (Sheffield) and Brother Touseef Hussain (Walsall). Their show covered topics such as spiritualism, marriage, politics and much much more and featured competitions, live discussions too.

Overall the sisters’ youth show has been an experience for all the sisters involved and has helped them to develop skills, which they did not possess before, and also providing them with greater insight and knowledge of things that were alien to them. The time spent doing the radio was enjoyable especially in the studio and who can forget Sister Rosina’s driving down the M6 to get to Walsall on time, maybe that will be most memorable!

We pray that with the Rahmah and Barakah of Almighty Allah and his Beloved Rasool (saw) the intention with which we chose to present the radio reflects in the effects it has had on listeners, so that what we learn in this blessed month of Ramadhan is a recipe for the rest of our living.  May  Minhaj ul Quran continue to flourish in all households of Walsall and may the name of Radio Ramadhan remain under its banner. Likewise, may the efforts of members across the country and globally remain strong in propagating the mission of Allah and His Rasool. 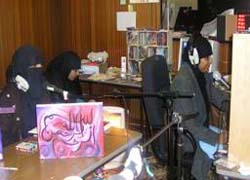 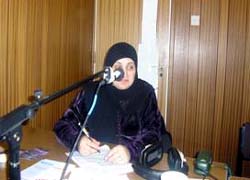 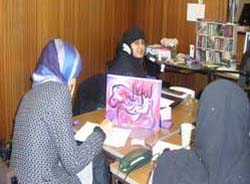