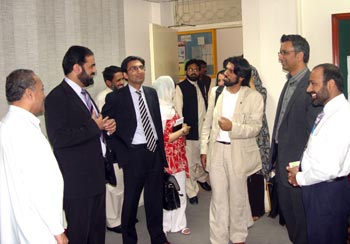 A delegation of British High Commission Islamabad and Foreign and Common Wealth Office visited the various departments at the headquarters of Minhaj-ul-Quran and met the Secretary General of Minhaj-ul-Quran International (MQI). After that the Secretary General Dr Raheeq Ahmad Abbasi briefed the delegation on the educational, welfare, inter-faith services of Minhaj-ul-Quran International. Also, he informed them of the efforts of MQI for global peace and harmony in detail. The Secretary General outlined Shaykh-ul-Islam Dr Muhammad Tahir-ul-Qadri's worldwide efforts for propagating Islam and uplifting the poor and the needy in society. During the briefing those present were the vice-president of the Tehreek Brig (r) Iqbal Ahmad Khan, director Foreign Affairs GM Malik and some other leaders of MQI. 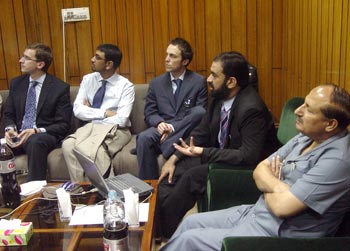 The delegation visited Minhaj University's component College of Shariah and Islamic Studies, Farid-e-Millat Research Institute, Minhaj Welfare Foundation, Minhaj Education Society and Directorate of Foreign Affairs. When the group visited the sale centre of Minhaj-ul-Quran, they showed deep interest in the hundreds of books and thousands of lectures of Dr Muhammad Tahir-ul-Qadri in the form of audio cassettes, CD's and DVD's. Later Dr Raheeq Ahmad Abbasi informed them of the organizational network of Minhaj-ul-Quran International through a projector. 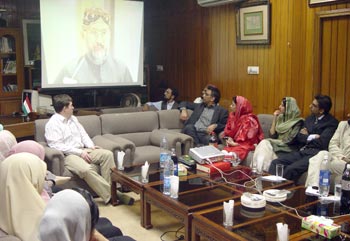 The delegation exchanged views with the students of Minhaj University who said that the real face of Islam is not shown in the West: Islamic teachings are founded on peace, harmony and tolerance. The Minhaj-ul-Quran International, under the dynamic leadership of Dr Muhammad Tahir-ul-Qadri, is busy with unveiling the true picture and philosophy of Islam. His efforts are bearing fruit as a large number of youth, under his influence, in European countries are playing a constructive role in the welfare of society. Dr Muhammad Tahir-ul-Qadri's books and recorded lectures are spreading the Islamic message of peace. The scholars of Minhaj-ul-Quran around the world are rendering services as ambassadors of peace and Islam.

The students also told the delegation it is the age of dialogue and negotiations. And misunderstandings related to Islam can be corrected through dialogue. They asked the guests for establishing permanent dialogue forums in Europe so that misunderstandings and gaps between the East and the West can be tackled. 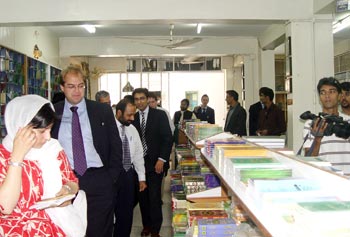 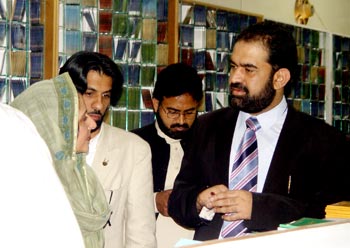 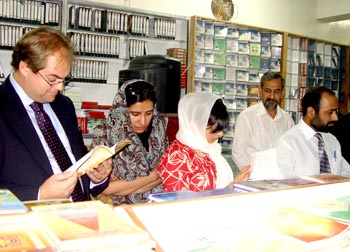 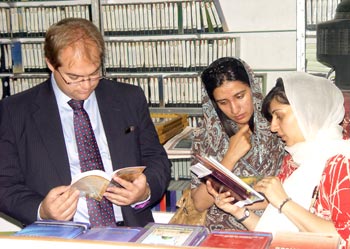 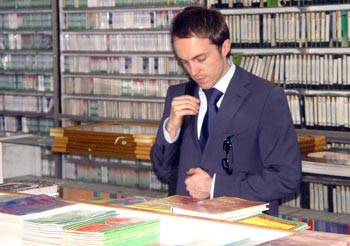 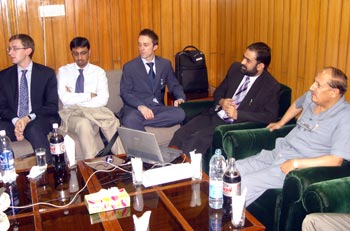 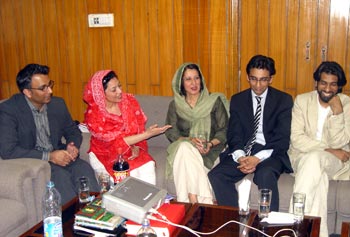 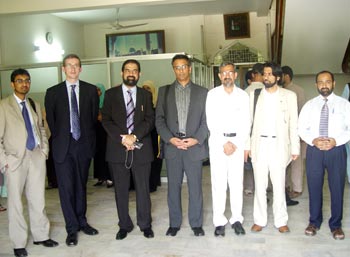