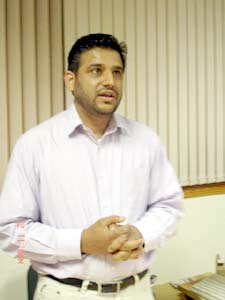 Politicians, faith leaders and members of the public gather at the Minhaj-ul-Quran Mosque on Romford Road in Forest Gate on Saturday to remember the victims of July 7th terrorist attacks.

The anniversary was marked with opening passages of the holy Qur`ãn recited by the mosque's representative Qari Jamil Ahmad followed by a reading from the Bible by Father Matlub Barnabas who said "the spirit returns to God who gave it, everything is meaningless if we don't have faith and are not obedient to God". 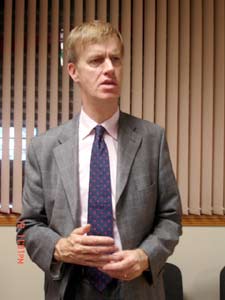 The memorial service held at the mosque was also attended by East Ham MP Stephen Timms who said "Newham is home to many people, Newham is not a place where people have a home, it is somewhere where people belong, so many different people living together" He further said "People are going to have to learn from Newham". He also thanked the Bridge Builders project and Minhaj-ul-Quran for arranging events that sent a positive message to the community.

Father Dennis Hall of St Anthony's Catholic Church in Upton Park said "It is important to be together" He gave a very personal account of a young Christian man from his flock who lived with a Muslim and a Hindu in a flat. Father Hall told listeners "these people can appreciate one another even though they have their differences" He further said "it is very important, lots of differences but no violence caused by anyone" He also told how nice it would be to be near the Franciscan spirit of peace, love and harmony. He concluded with a prayer asking people to become "instruments of Gods peace". Father Hall said "if we understand our own faith the differences will be of faith and languages, we (the people of different faiths) are getting on so well. We need to have cooperation and appreciation for each others faith" 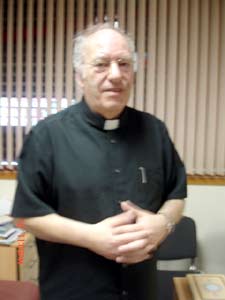 Cllr Dr Zulfiqar Ali chairperson of the Newham Alliance of Islamic Associations said "we should appreciate the way we have dealt with conflicts. The recent events in Glasgow have again overshadowed the good work we have done yet the response of the community has been good" He also said "extremists exist in every religion; it is totally ridiculous to commit such atrocities in the name of Islam". Cllr Ali congratulated the government's effort to prevent such incidents he also remarked "criminals need to be tackled there is no justification in Islam to kill anyone, we need to bring these issues out into society and we need to send a message of tolerance into society"

The mosque president Ishtiaq Ahmed told the audience "those who seek to justify such barbaric acts are enemies of both Muslims and non Muslims". He also stressed the importance of supporting the security services, police force and government to prevent such terrible events. Mr Ahmad said "we must work together hand in hand in the fight against extremism in the name of Islam". He also said "we stand shoulder to shoulder in complete solidarity with those who lost their lives in the atrocities two years ago". Mr Ahmed ended the meeting with a reading from the Muslim Holy Scripture "we have created you into nations and tribes so that you may know each other and not despise one another".

The mosque was led by Imam Sadiq Qureshi into a minutes silence in remembrance of the victims who lost their lives. Light refreshments were served in the office. 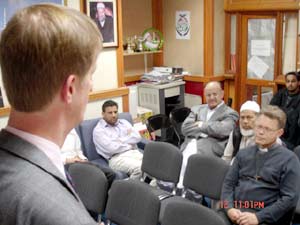 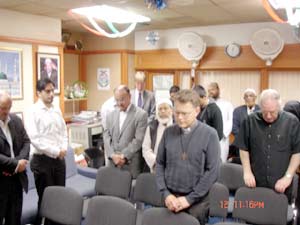 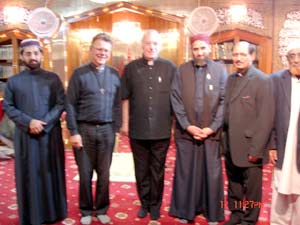