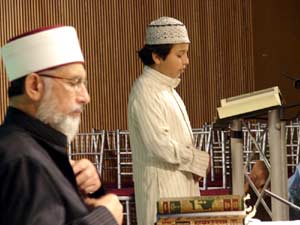 By the grace of Allah SWT the third annual Al-Hidayah Residential Spiritual and Educational Retreat has commenced at Chipping Norton, Oxford shire, UK.

Hundreds of participants from all over the UK and Europe have arrived to benefit from the one in a lifetime opportunity of spending four days in the company of Shaykh-ul-Islam Dr Muhammad Tahir-ul-Qadri.

The previous two retreats were life changing for the young participants who were blessed with the opportunity of elevating their spirituality and to purify their inner selves from lusts of the material world to be replaced by a longing for the Creator.

Alongside being a mufassir, muhadith and Faqih among a long list of responsibilities that Shaykh-ul-Islam has taken upon himself in order to carryout his work for the Ummah, he is also one of the greatest Sufi leaders of the time. Altogether he is a perfect All-in-one entity perfectly qualified to meet all the needs of those who want to escape from the clutches of materialism. Knowledge alone is not sufficient for this, thus a mere scholar is unable to bring about these changes in his followers. It is only when oceans of knowledge merge with galaxies of spiritualism, does a person qualify to carryout such a task. 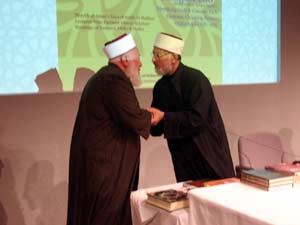 In a nutshell, Shaykh-ul-Islam is the perfect embodiment of the famous saying of Imam Malik bin Anas that classified the use of either Tafaqquh or Tasawwuf in isolation as transgression and deviation and only the perfect unison of the two is the true path. Possessors of only one or the other are bogus claimants of possessing the ability to spiritually purify themselves and their followers. Thus this retreat was aptly named the Spiritual and Educational retreat. 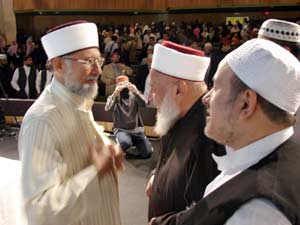 Participants registered and got settled in throughout the day. Jummah Prayers took place. Shaykh-ul-Islam blessed the venue with his arrival early in the evening. Shaykh Dr As’ad Muhammad Saeed as-Sagharji, is the chief guest from Syria. Shaykh Abdurahman al-Hammami is also another guest from Syria.

The first lecture of Shaykh-ul-Islam Dr Muhammad Tahir-ul-Qadri was an Introduction to Mathnavi Maulai Rum. The topics discussed in the lecture briefly are mentioned below: