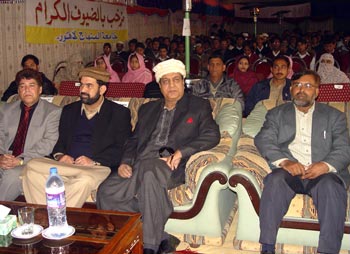 Before the start of the programme, the national anthem was presented. All guests and members of the audience respectfully stood up from their seats. The proceedings of the Quiz programme got underway with the recitation of the Holy Quran followed by Naat. The teams participating in the Quiz show were seated on the right and left of the stage. During the first phase, seven teams from A to G took part. The teams included Muhammad Dilshad and Naveed Razaq from Dar-ul-Uloom Hussania Faisalabad, Nasir Ali and Sufyan Ali from Swedish College Gujrat, Nasir Adeeb from Leads College, Muhamad Toquir and Muhammad Waqas from COSIS, team from Diyal Singh College, Rafqat Ali and Gauhar Mahmood from Govt College University and Zakkiya Shabbir and Kiran Imtiaz from Govt Women College. Every team was asked five questions each. 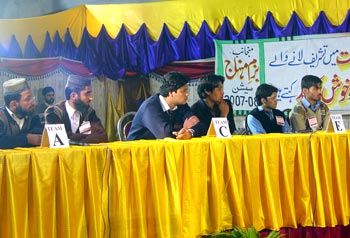 At the end of the first round, the promising fast bowler of Pakistan Cricket Team Abdur Raoof said that he was greatly pleased to take part in the programme. The students of Minhaj University had arranged very beautiful programme. He congratulated the organizers of the programme. The distinguished compere Tariq Aziz was also invited to the quiz show but due to certain emergency, he could not take part. Addressing the participants telephonically, Mr. Tariq Aziz extended his felicitation to the students of COSIS who have revived the fast-dying educational traditions by holding such programmes. He regretted his absence contrary to his best effort to take part in the programme. In his message for the youth of the country he urged them to revive their relationship with the book as the country needs educated people at the helm of affairs.

Before the start of the second round, one team was eliminated with six teams being in the field. Team of COSIS gave correct answers of all questions. Three teams were selected for third round. Afterwards speed round started. Every team was put forward different questions in one minute and two teams answering maximum questions within the stipulated time of one minute qualified for the final round. 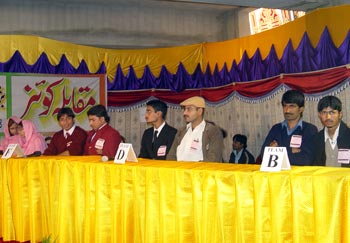 The final round was contested between the teams of COSIS and GC University. The team of COSIS defeated the GC University team by giving correct answers of all questions. But being the host, it surrendered the first position to the GC University. Swedish College got third and Dar-ul-Uloom Hussania won fourth position. Dr Tahir Hameed Tanoli, Prof S.M. Shafique and Prof Sayed Iftikhar Ahmad served as jury.

The special guest Shujaat Hashmi said that two forces were poised against each other. One was the force of evil and other that of good. The people here are lucky that they belong to the latter. He said the Muslim world was being given the titles of extremists and fundamentalists. We would have to respond to these taunts as one unified nation. Minhaj-ul-Quran International provides one such platform where all sects and diverse strands of opinion are collectively represented. Shaykh-ul-Islam Dr Muhammad Tahir-ul-Qadri has popularized the true concept of Islam around the globe. 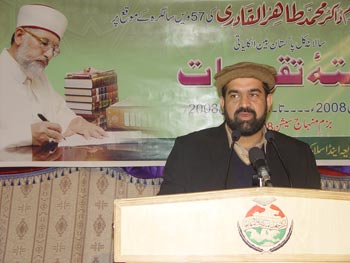 Underlining the threats faced by the Muslim Umma, Principal Dr Raheeq Ahmad Abbasi said that the role of students was very important in this regard. Minhaj-ul-Quran has given message of peace and knowledge to the students. Today's quiz programme is also a link in the same chain. He said that Minhaj-ul-Quran is representative organization of every school of thought. Peace, love, positive action and knowledge are the need of present-day man. We want to bring about change in the thought and action of the students. This is the message of Shaykh-ul-Islam Dr Muhammad Tahir-ul-Qadri. Actors Rahat Kazami and Amna Khan also expressed their views. Prizes were distributed among the position-holders at the end of the programme. 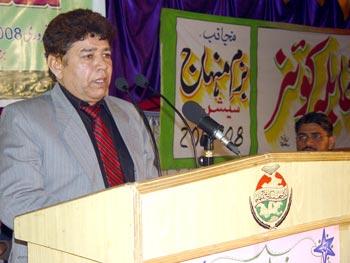 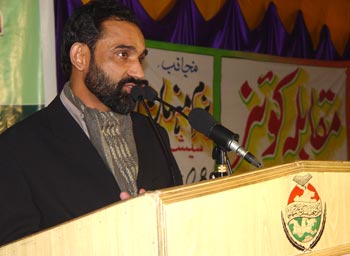 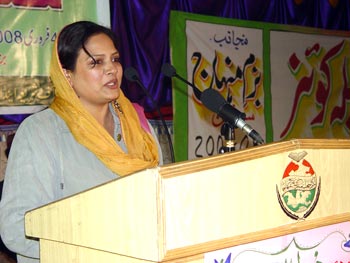 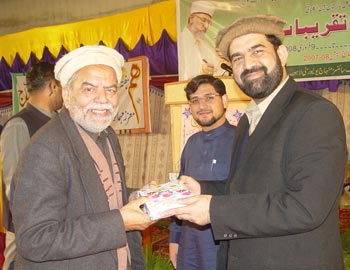 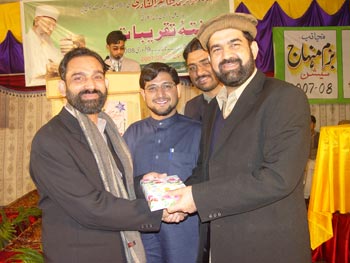 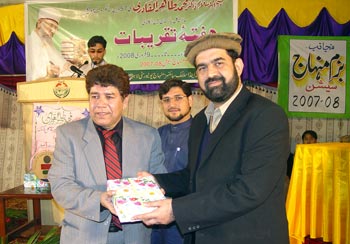 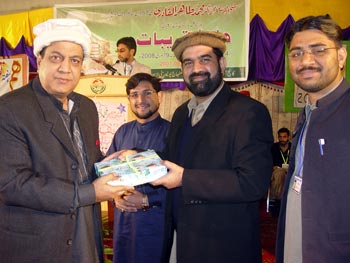 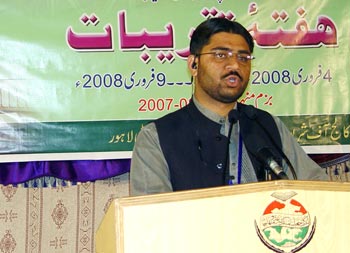 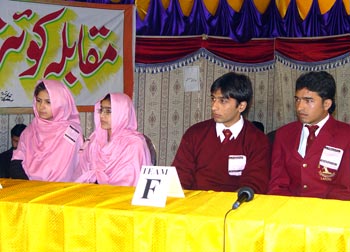 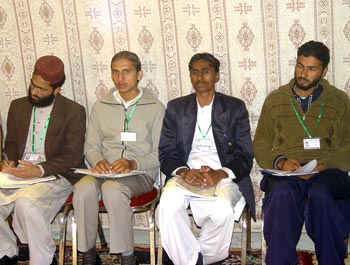 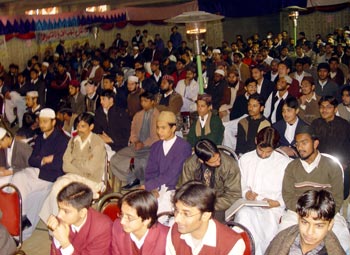