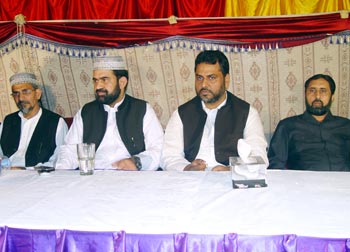 A special memorial seminar was held in the Central Secretariat of Minhaj-ul-Quran International on March 31, 2008 at the occasion of second death anniversary of Shaheed Tanvir Ahmad Qureshi. This seminar was organized in the newly built hall of Goush-a-Durood. Sahibzada Hussain Mohi-ud-Din Qadri, Member Supreme Council of Minhaj-ul-Quran International, chaired the event, while brother of Shaheed Tanvir Ahmad Qureshi, Naveed Ahmad was the guest of honour at the occasion. Amir-e-Tehreek Miskin Faiz-ur-Rahman Durrani, Nazim-e-Ala Dr Raheeq Ahmad Abbasi, Naib Nazim-e-Ala Sheikh Zahid Fayyaz, Amir e Punjab Ahmad Nawaz Anjum and Tanvir Ahmad Khan were among the prominent guests. The proceedings of the programme started with the recitation from the Holy Quran followed by Naat. Prior to this, Quran Khawani was arranged for the departed soul in the Central Mosque Minhaj-ul-Quran after the Aser prayers. This death anniversary was attended by workers of MQI and other people in a large number. The central leaders of Minhaj-ul-Quran Women League and other women were also present at the occasion. 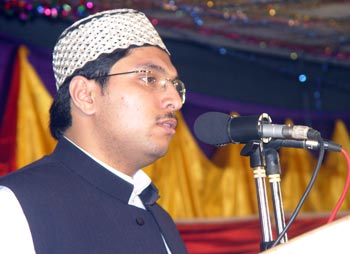 Expressing his views at the occasion, Sahibzada Hussain Mohi-ud-Din Qadri said that whosoever was born in this world was bound to taste death. But some of the people leave unmistakable imprints behind them, which are indicative of their contribution and eternal life. One such person belonging to this category of people was Shaheed Tanvir Ahmad Qureshi. The very manner of his life, which was dedicated to MQI, is a clearer chapter for everyone to see. But what is noteworthy is the fact that he sacrificed his own life for the welfare and well being of people. The views expressed by Shaykh-ul-Islam Dr Muhammad Tahir-ul-Qadri about him and award of 'Nishan-e-Minhaj' are the acknowledgement of his services for Tehreek. He needs no other introduction than this.

We should learn a lesson from his life that this organization has produced such workers and leaders who do not know to submit themselves before others. The way Shaheed Tanvir Ahmad Qureshi sacrificed his life shows that love of humanity is part of our faith. He translated this concept into reality. The purpose of this memorial seminar is to appreciate his services, and pay him tribute in the form of resolve like that of Shaheed Tanvir Ahmad Qureshi. He said that he wanted to convey his message to the brothers of Shaheed leader and central leaders of MQI that whosoever worked with sincerity for this Mission, he would get immortal status. This is the blessing of this Mission and Allah's promise for His servants who devote their lives for the glory of His religion. 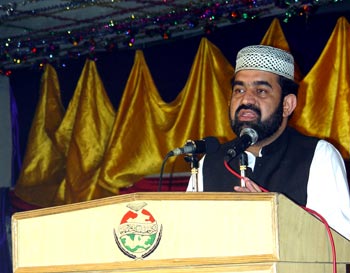 Nazim-e-Ala Dr Raheeq Ahmad Abbasi said in his talk that Although Shaheed Tanvir Ahmad Qureshi was not alive yet this memorial reference is a testimony to the acknowledgement of his services for MQI. His devotion and sincerity to Shaykh-ul-Islam Dr Muhammad Tahir-ul-Qadri and MQI is that bright epoch upon which we take pride. These services are permanent beacon of light for the workers. His martyrdom is reflection of his faith, which is the result of his devotion for MQI and Shaykh-ul-Islam. The manner in which Shaykh-ul-Islam paid him tribute is also a part of history. Calling him his right-hand man, Shaykh-ul-Islam gave him status of his offspring. We should be proud of his great status of martyrdom. That is why the highest award of MQI 'Nishan-e-Minhaj' was given to him. It is an example, which should be followed by all workers and leaders of MQI. He said that everyone of us should resolve at this occasion that we would keep the spirit of services of Shaheed Tanvir Ahmad Qureshi alive for ever.

Naib Nazim-e-Ala Sheikh Zahid Fayyaz said that we had gathered in the memory of such a person who started his Tehreeki life as a worker and took immense pride in this position all his life. It was the reward of his services for the Mission that Shaykh-ul-Islam Dr Muhammad Tahir-ul-Qadri gave him the highest award of MQI known as 'Nishan-e-Minhaj'. He said that we have not merely gathered for him, rather we are also endorsing the fact that Minhaj-ul-Quran International is great and true Mission, which is dedicated to the preservation of faith and Islam. Leaders like Shaheed Tanvir Ahmad Qureshi are its great asset and we are proud of their enviable services. He did not care for his life for the release of an innocent child and sacrificed his life in the service of humanity. This is such act of Shaheed Tanvir Ahmad Qureshi, which will always be remembered as an example of sacrifice. His position is that of a Ghazi in the eyes of Minhaj-ul-Quran International. 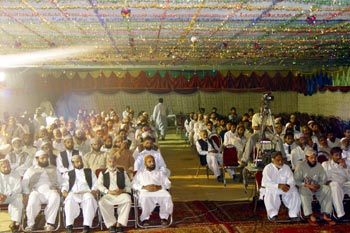 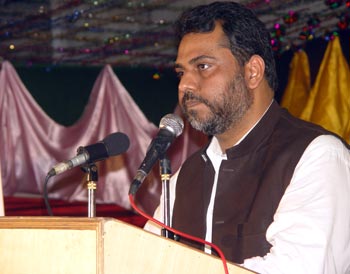 In his talk, brother of Shaheed Tanvir Ahmad Qureshi, Naveed Ahmad Qureshi, said that we are not grieved at this occasion, rather it is a moment of pride for us that the services of Shaheed Tanvir Ahmad Qureshi are being acknowledged. We never felt after his death that he is not amongst us. His living memories have invested a new spirit in us. Shaykh-ul-Islam has made us proud of his contribution by having given the title of 'Nishan-e-Minhaj'. We will always take pride on this. He also expressed his gratitude for MQI on holding the memorial seminar.

A close friend of Shaheed Tanvir Ahmad Qureshi and Director GBA Tanveer Khan also spoke at the occasion. All the participants prayed for the departed soul.

It should be kept in mind that on March 23, 2006 Makhdoom Tanvir Ahmad Qureshi was killed in broad daylight in a deserted area of Islamabad when he was demanding the release of a kidnapped child after paying ransom money. His murderers were arrested one week later. 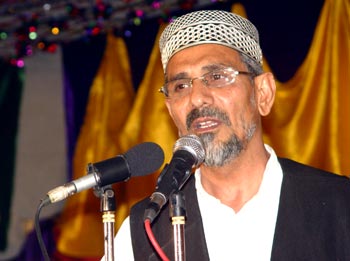 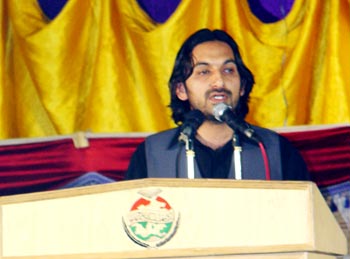 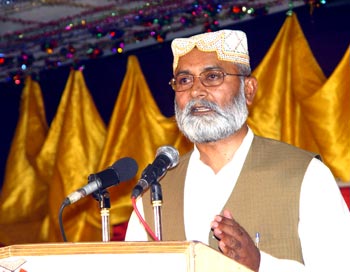 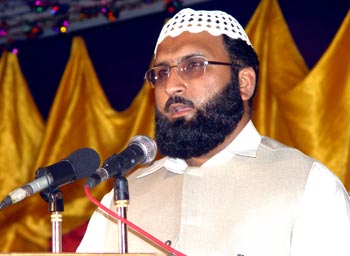 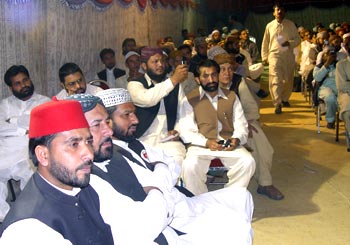 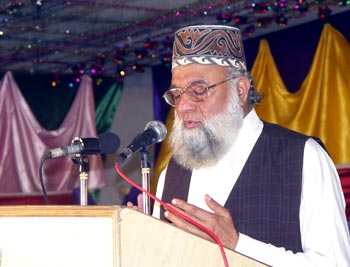 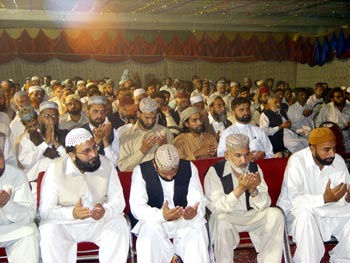