MWF distributes cash and other gifts among flood victims in Charsadda 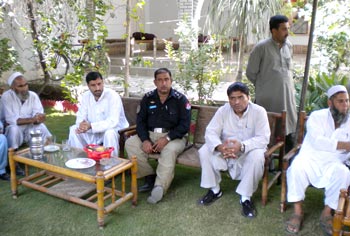 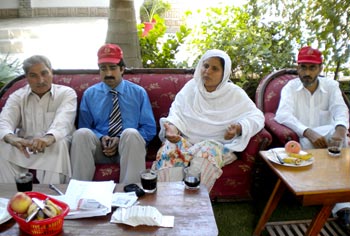 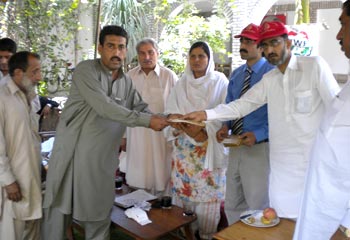 Coordinator Nazia Mujahid briefed the media about the relief activities in Khaiber Pakhtunkhwah (KP). She said that Shaykh-ul-Islam has already declared to accommodate 500 orphan children in the Orphan Care Home (Aghosh) where they would be provided with all residential, educational and other facilities. The registration is underway, she added.

Malik Mughal Khan, the host of the ceremony, said that they were thankful to Dr Muhammad Tahir-ul-Qadri and MWF who stood by them in this hour of trial and tribulation. He told that cash was distributed among the 50 families here. Later on, the delegation also visited neighbouring areas and distributed cash there.