Mustafavi Students Movement (MSM) organized its three-day training camp at the central secretariat of Minhaj-ul-Quran International, which was presided over by Tajjamal Hussain Inqalabi (central President of MSM). Presidents, Secretary Generals and Secretaries Information of MSM belonging to well over 100 educational institutions including colleges, universities and medical colleges attended the camp. 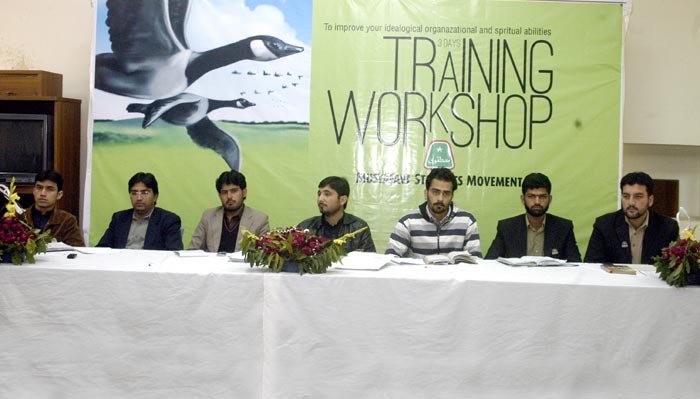 The formal proceedings of the training camp got underway with the recitation of the Holy Quran followed by Naat. MSM President presented the welcome address in which he thanked the participants for their attendance. He also briefed them about the aims and objectives of the camp. Different guest speakers delivered lectures on various topics. 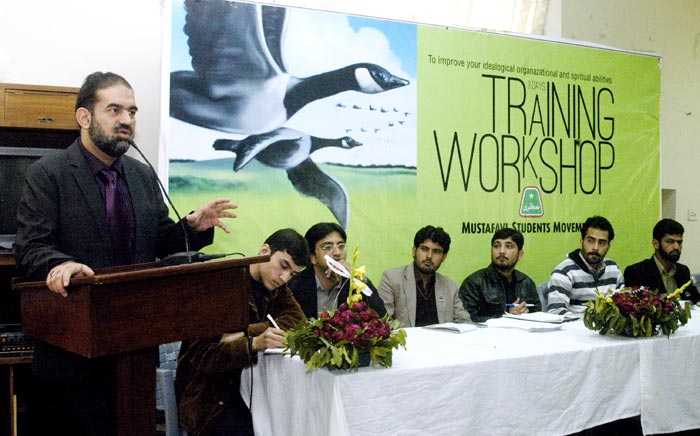 Mr. Faraz Alam gave his talk on the topic of ‘Team work and team management. He threw light on the need and importance of team management for maximization of output. A ‘Shab-e-Badari’ was arranged where the participants listened to the recorded speech of Shaykh-ul-Islam. 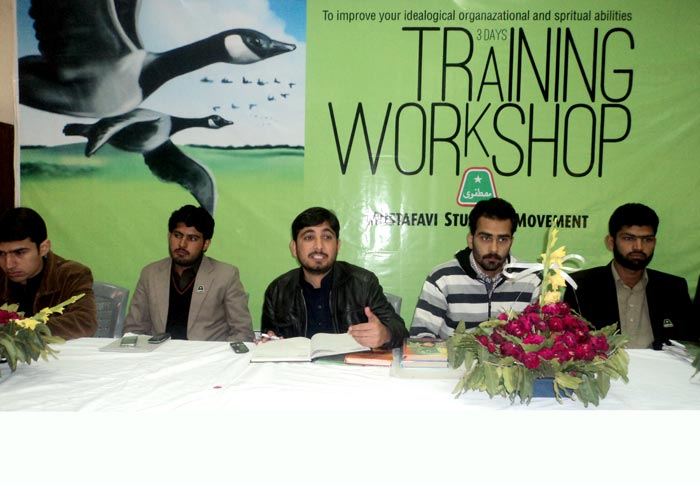 A study circle briefing was arranged the next morning at 10 a.m. Mian Irfan Asif threw light on the methodology and benefits of study circles.

In his talk to the participants, Dr Raheeq Abbasi, Secretary General of MQI, said that team work was at the heart of organizational efforts. He asked the participants to focus on acquiring qualities of time management and working in unfamiliar settings with a view to creating leadership potential. He said that MSM wanted its members to become change makers in their respective disciplines and lead from the front. This, he said, was where working in unison was so crucial to attainment of organizational objectives. 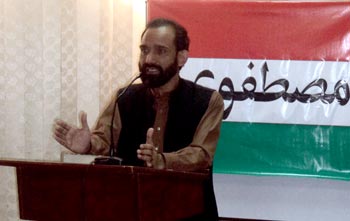 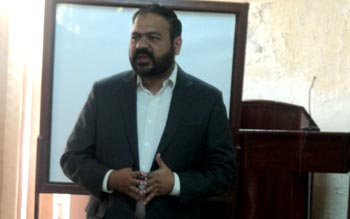 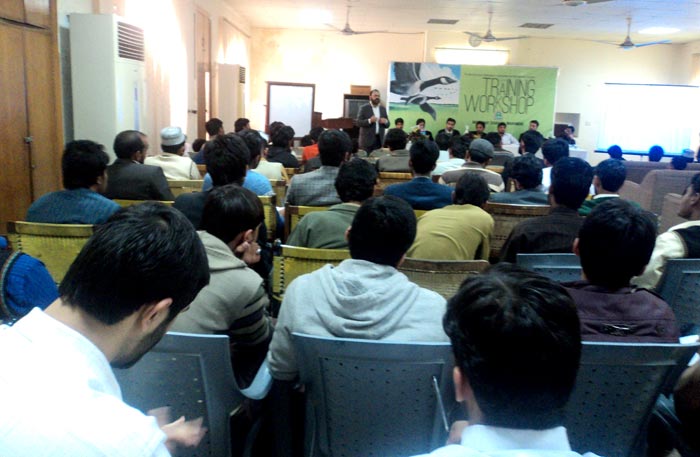 The participants of the camp were conducted to City 42 News Channel in order to create media awareness and apprise them about the latest techniques in media management. Rana Raheel Javed and Muhammad Umair briefed them in this regard. They also attended a lecture on Two-Nation Theory at Aiwan-e-Iqbal. The participants then proceeded to shrine of Allama Dr Muhammad Iqbal to pay their respects and tribute to the poet-philosopher who envisioned the establishment of a separate homeland for the Muslims of the Indian Sub-Continent. 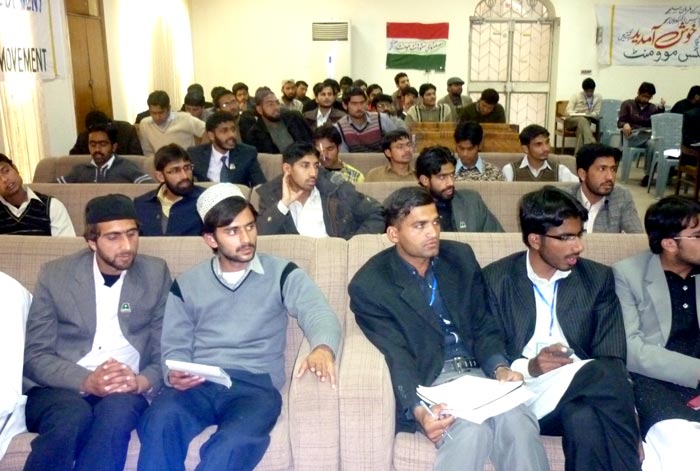 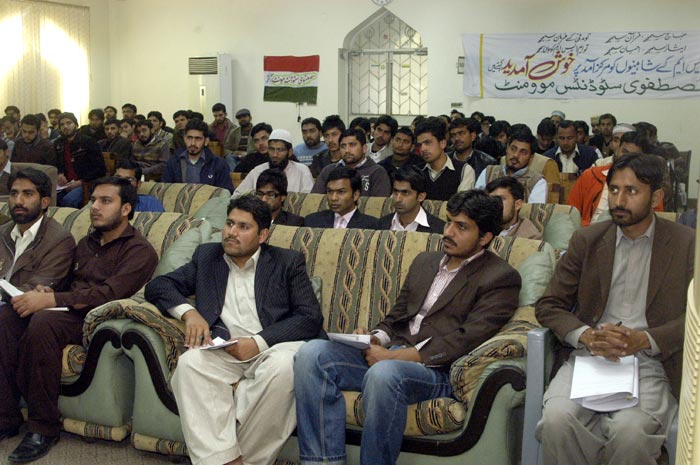 On the third day of training session, a number of lectures were arranged. Dr Tahir Hameed Tanoli, Deputy Director at Iqbal Academy, gave a talk on Iqbal’s concept of state. Sami-us-Zafar Noshahi was the second guest speaker who threw light on the essentials of personality development. He asked the students to dedicate themselves to the attainment of a cause in their lives as doing so would create passion in their lives and make them act despite odds. Tanvir Khan, third guest speaker, also addressed the students at the camp. He highlighted the need of becoming an ideal student and how one could play one’s role effectively to being about a positive change in society. 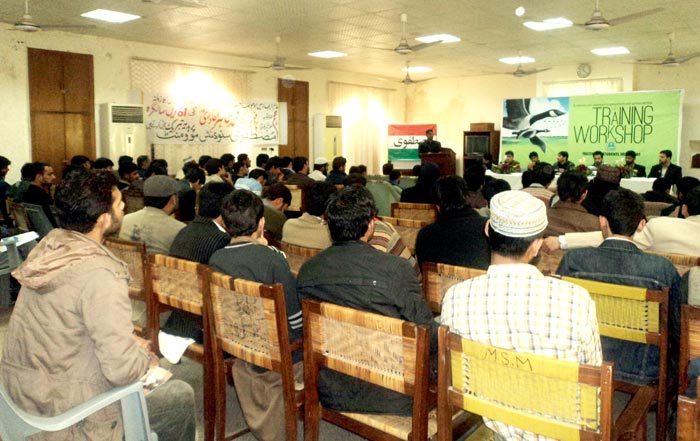 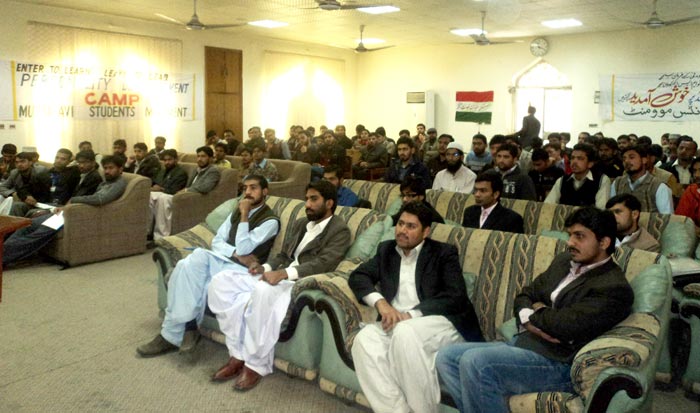 MSM President briefed the students about the targets and declared the upcoming four months as training months. Hamid Shah Bokhari was elected as chief editor of Voice of Students magazine. 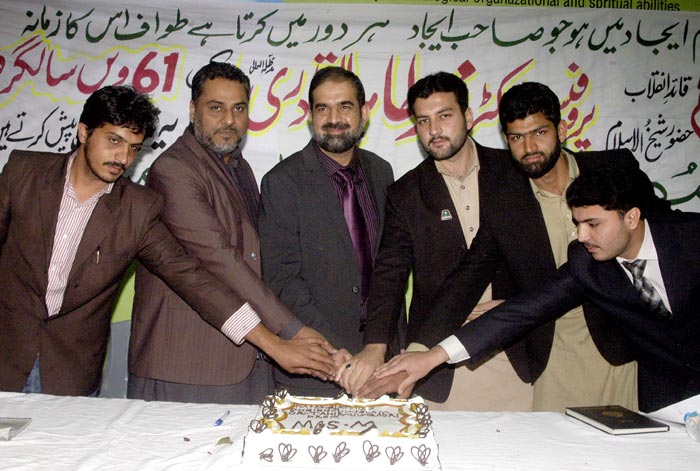 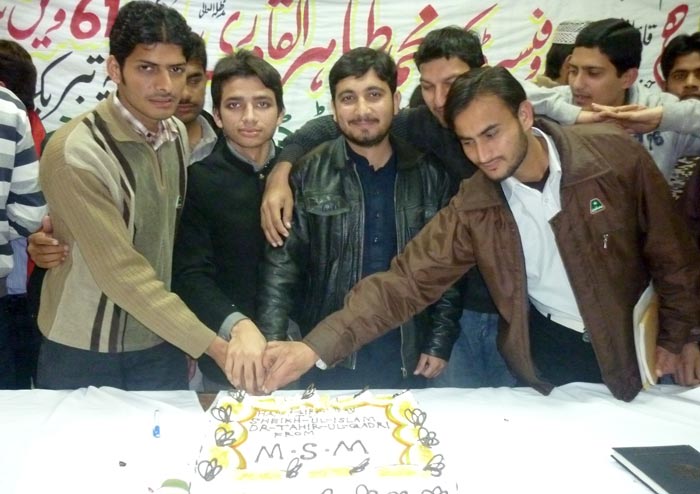 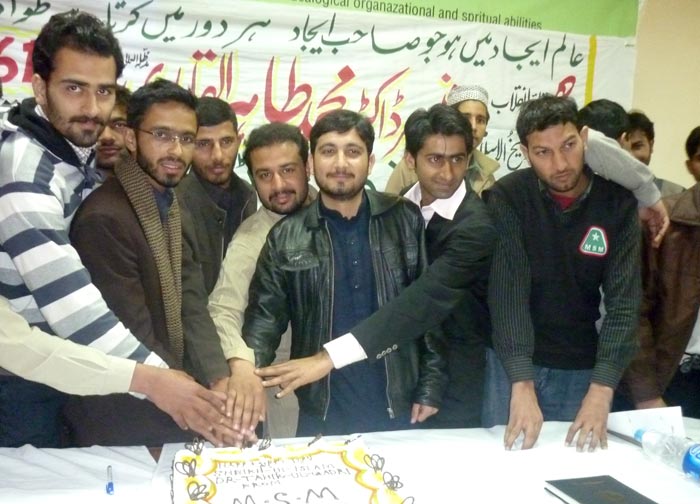 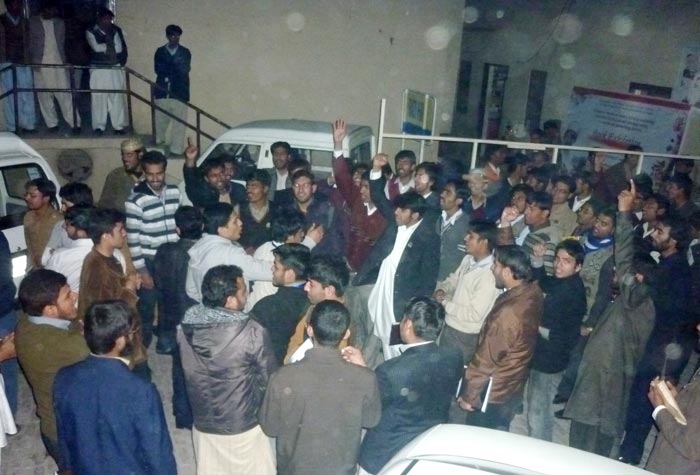 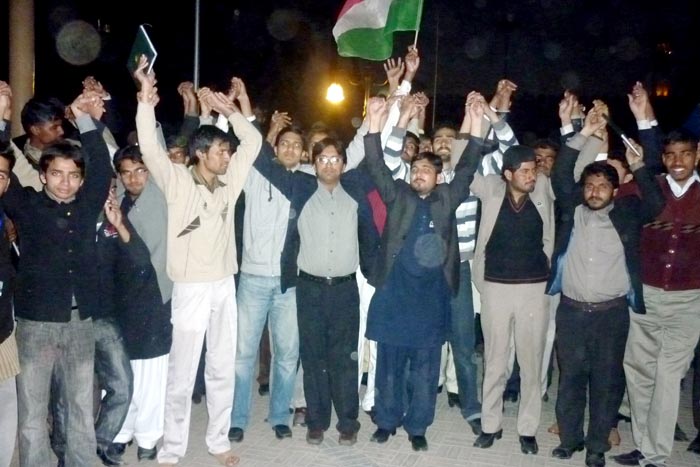 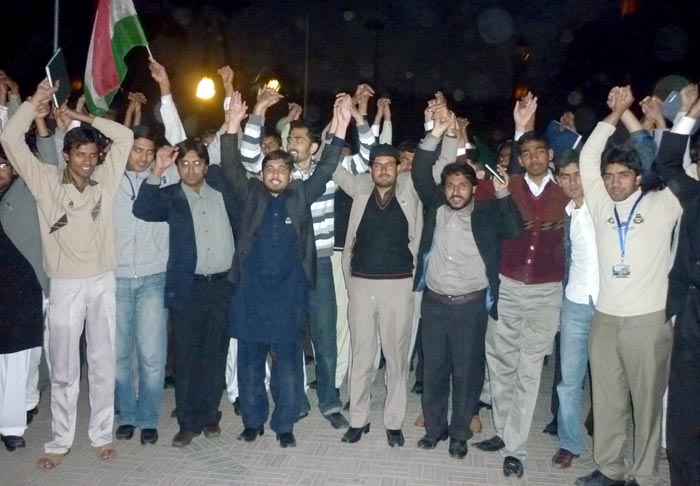 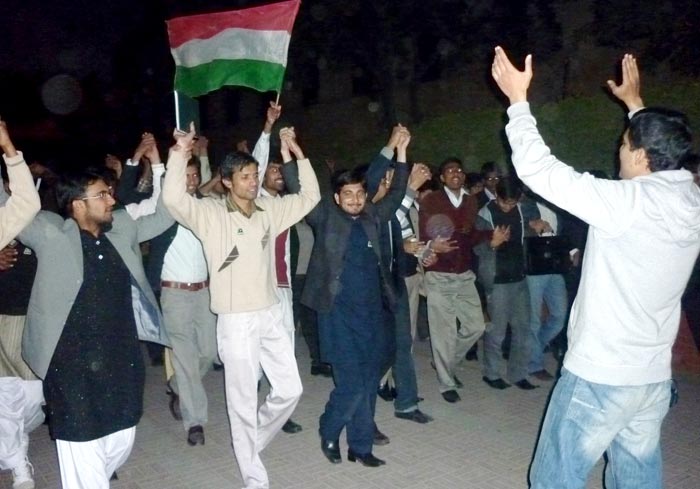 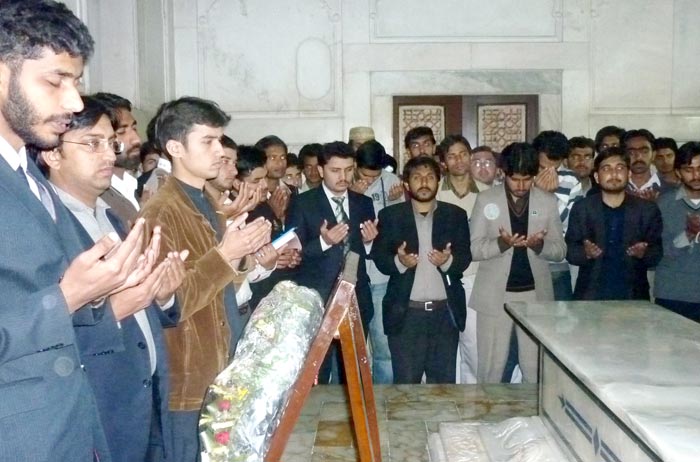 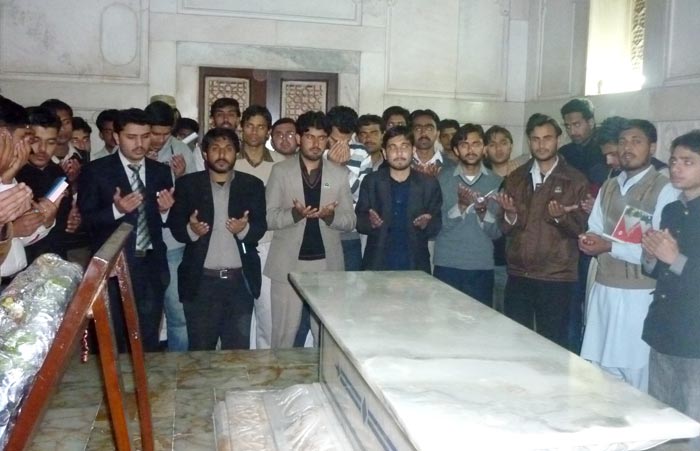 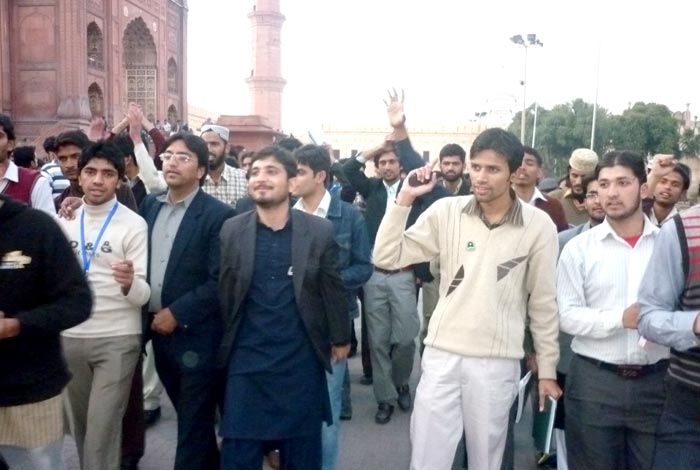 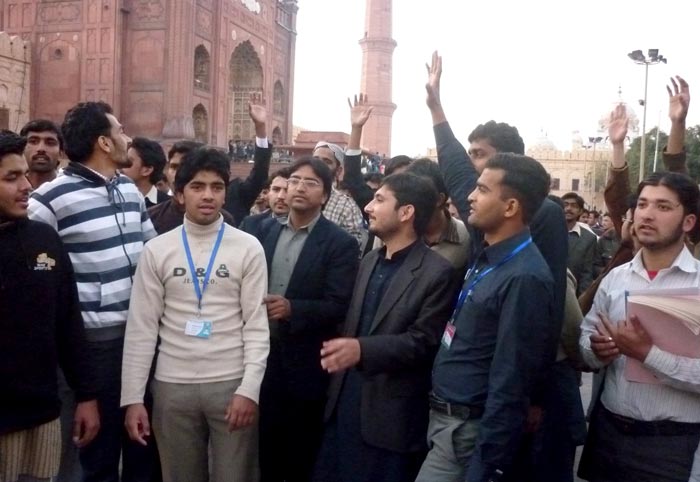 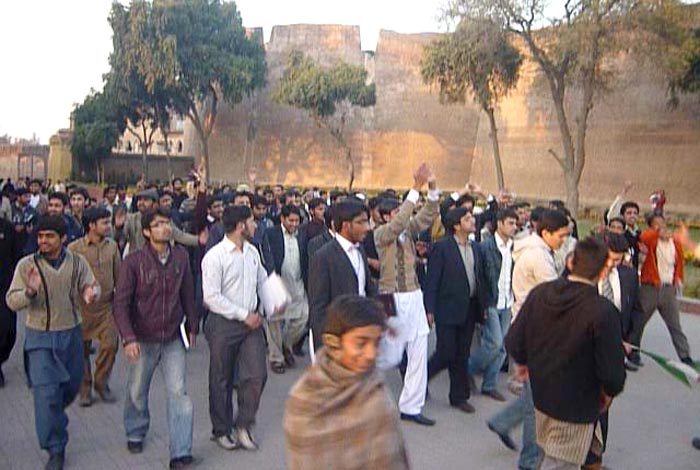 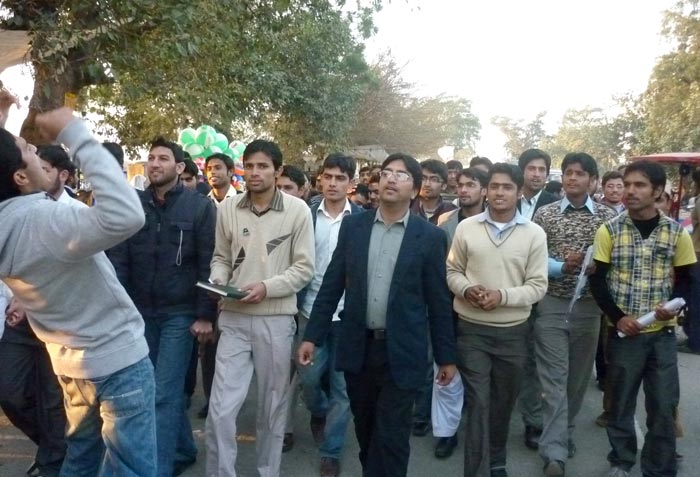