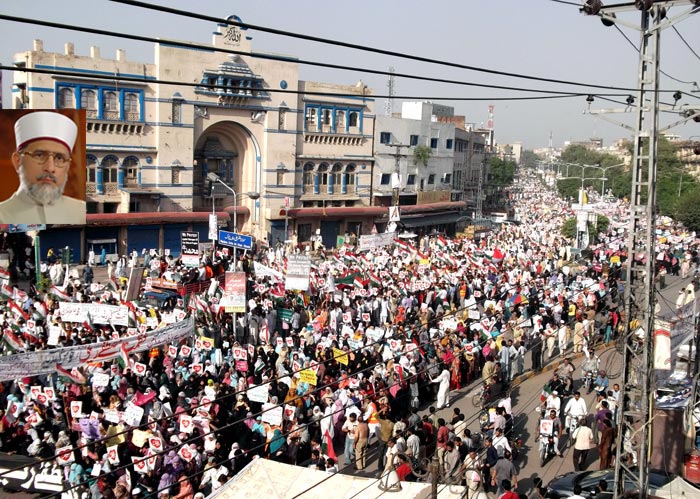 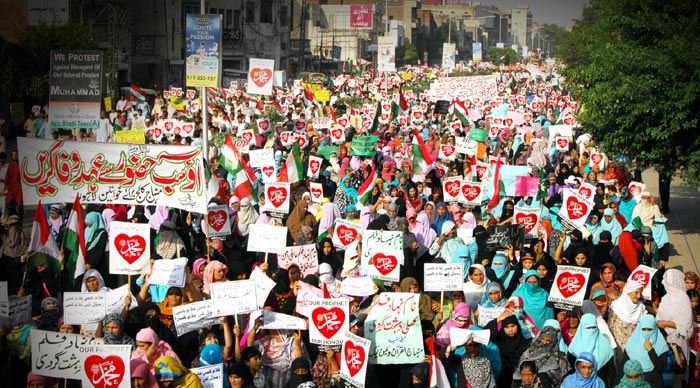 The hundreds of thousands of people from across Lahore attended ‘Azmat-e-Rasool (S.A.W)’ rally to show their unflinching love and reverence for the Holy Prophet (SAW) and to protest the profane, anti-Islam movie. In addition to infants and children, a large number of women also took part in the rally. The participants were carrying placards and banners with anti-movie slogans written on them. They also demanded for strict enforcement of existing UN conventions and amendments in laws for putting permanent end to such irresponsible and heinous acts.

The hundreds of thousands of people kept on offering Durood-o-Salam on the Holy Prophet (S.A.W) along the way and showed their devotion to him. By attending the rally in such large numbers, the people conveyed the message to the world that those who sought to commit blasphemy of the Holy Prophet (SAW) were global criminals and they would keep on protesting unless the masterminds of the movie are apprehended. 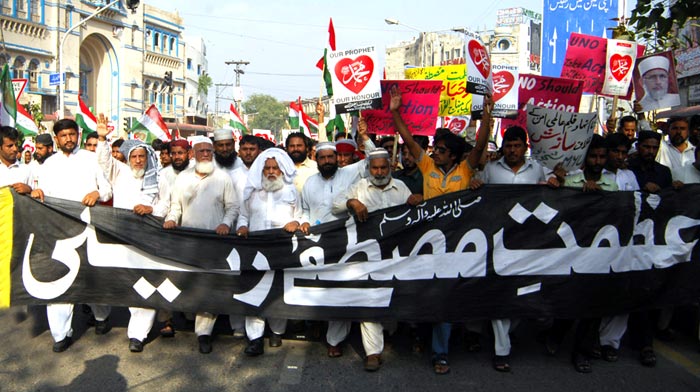 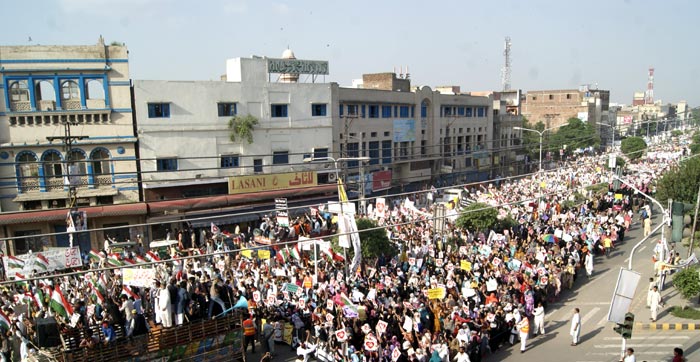 The protestors described such profane sketches and movies as the greatest danger to the world peace and demanded of the global community to shun the policy of double speak.

In his telephonic address to the participants of the rally, Shaykh-ul-Islam Dr Muhammad Tahir-ul-Qadri said that the making of profane and blasphemous film is not only a step aimed at hurting the emotions of 1.5 billion Muslims in the world but also a heinous conspiracy to damage the global peace and harmony. He said that all three religions namely Islam, Christianity and Judaism revolve around the holy personages of the Holy Prophet (SAW), Jesus Christ and Hazrat Musa (A.S.). Both the Holy Quran and Bible not only condemn such sacrilegious acts but also regard them as the biggest crime of universe because it is not only the Holy Quran but also Bible which was the first Book, which condemned and forbade blasphemy of prophets and Divine Books.

Dr Muhammad Tahir-ul-Qadri said that constitutions and laws of the entire world do not allow anyone to commit contempt of court. Nor can anyone show disrespect towards any nation’s Parliament. Constitutions also enjoy sanctity and are beyond reproach. Defamation of religions and holy personages has also been prohibited by a number of countries of the world including Austria, England, Germany, the Netherland, Spain, Ireland, Canada and New Zealand.

He said that when Constitutions of western countries accept these rights, in the same manner, registering peaceful protest against blasphemy of their beloved Prophet (SAW) is the democratic, constitutional and human right of the Muslim community, which has been covered and affirmed by the United Nations Charter of Human Rights. He said that they are justified in letting the global community know that such acts tantamount to supporting terrorism as they strengthen the hands of terrorists. 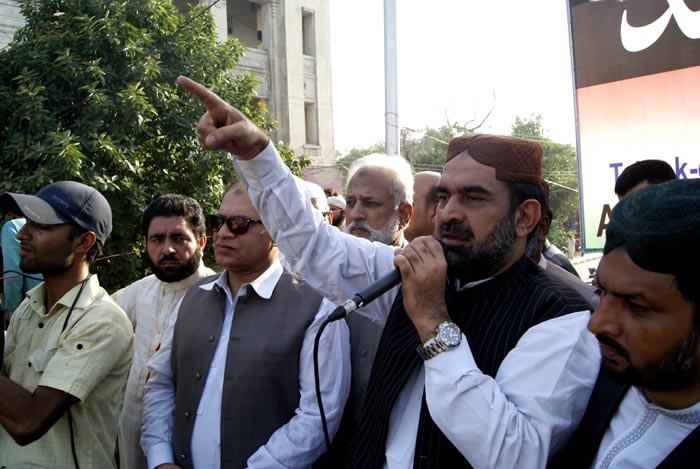 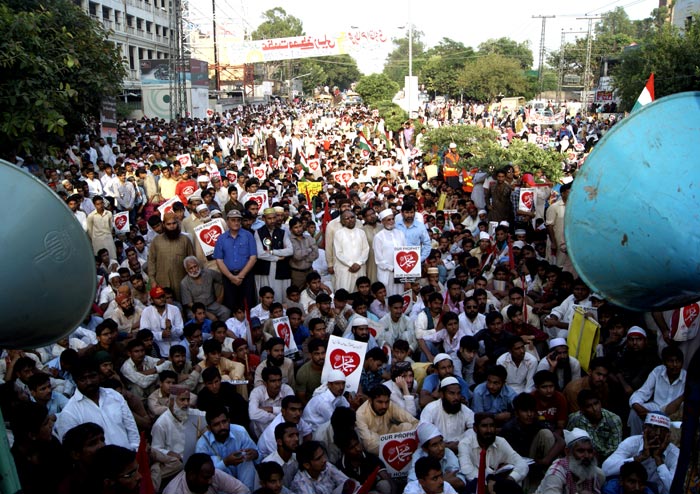 Dr Muhammad Tahir-ul-Qadri warned that such sacrilegious films are pushing the Muslim community and peaceful and civilized world towards radicalism. Such acts would constitute terrifying examples for our posterity. He demanded that all those involved in the project including promoters, distributors, and supporters of the movie should be apprehended under the terrorism charges and made to face law.

Dr Tahir-ul-Qadri said that the Muslims should undertake peaceful protest against conspiracy to global peace and for protection of honour and sanctity of the Holy Prophet (SAW) and religion. He further added that there is no justification for the people to resort to violence, killing, pelting of stones or any other negative tactic. Employment of violence cannot be justified under any pretext. They should protest peacefully because peaceful protest is a fundamental right.

He said that unless effective legislation is carried out to check such heinous acts and basic principles are redefined, terrorism will not be eliminated and the dream of durable peace will not be realized. 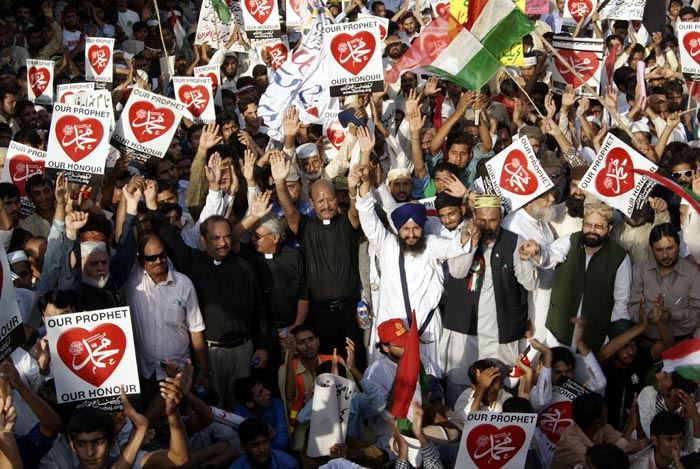 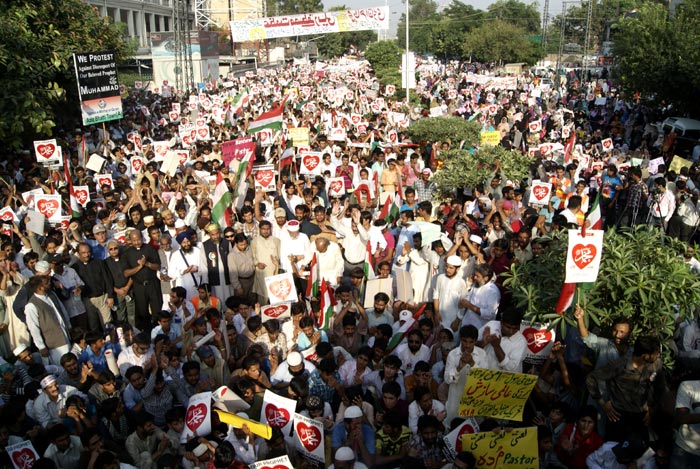 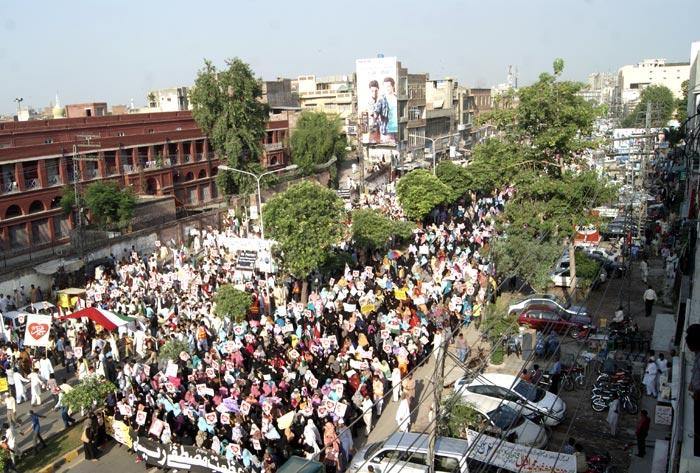 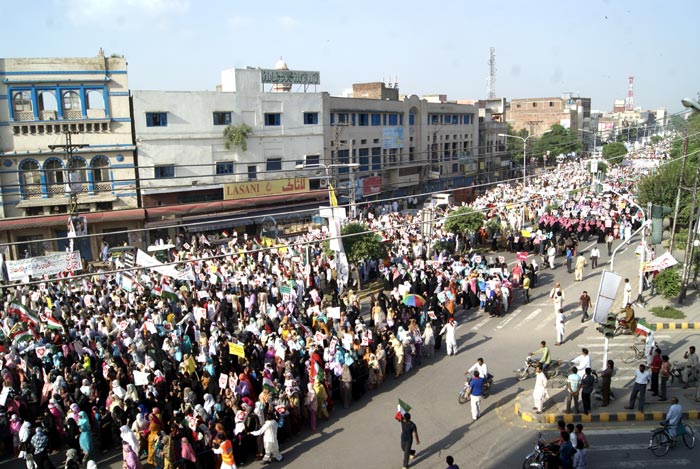 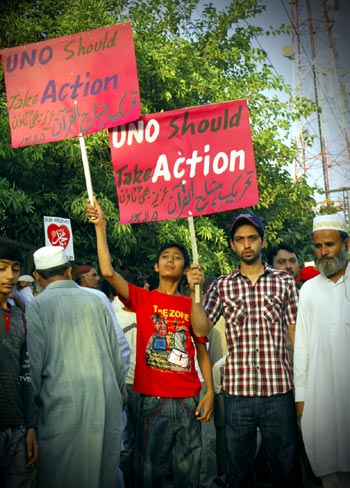 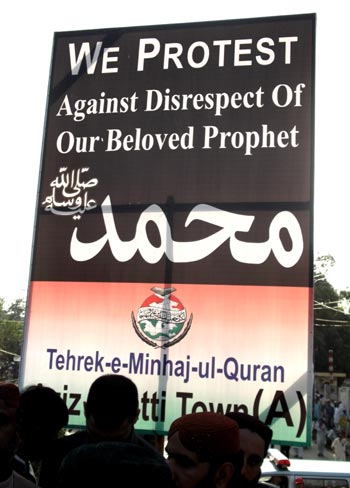 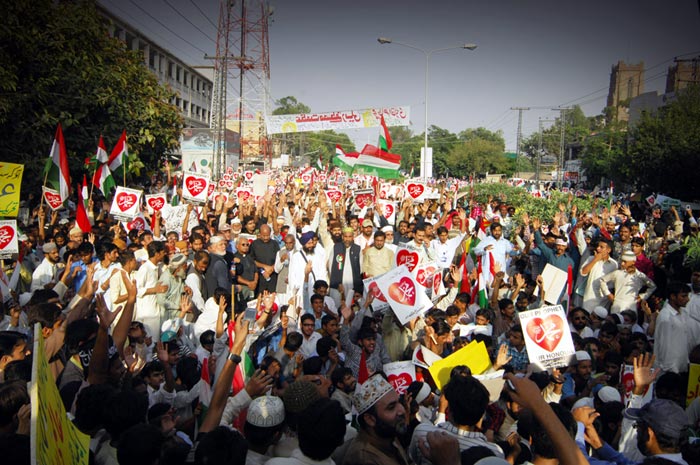