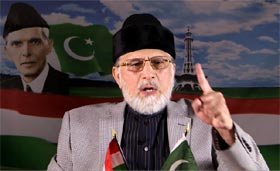 The Prime Minister, Chief Minister Shahbaz Sharif, some of the cabinet ministers, IG Punjab, DIG operations, CCPO and thousands of police officials were involved in conceiving, planning and perpetrating worst ever terrorism against innocent, unarmed workers including women. Electronic media is our commission, evidence and investigation. The masses and civil society have been scared away from taking part in public reception on June 23. Time to put an end to political terrorism, savagery, and oppression has come. We would not let the country become a place submerged in bloodbath. A few officers were made OSD and assigned the responsibility of tampering with the medical record of the martyrs and the injured. The relatives of the martyrs have been offered millions in bribe and the central leadership of PAT is being involved in killing through a fake FIR. The allegation of illegal weapons being dumped in secretariat of MQI is not only baseless, misleading, an outright lie but also contrary to the facts. Why were the weapons found from the secretariat not shown to the media at the spot? I am the biggest enemy of terrorism and my Fatwa against terrorism was accepted as the defence of Islam in the world.

These views were expressed by PAT chief Dr Muhammad Tahir-ul-Qadri while addressing press conference at the central secretariat through a video link from Canada today. He said that the script of bloodbath that took place in Model Town was conceived, planned and authored by the Prime Minister, Chief Minister, Rana Sanaullah, some ministers, IGP, DIG and the plan was meticulously executed by the hundreds of police officials according to the script. He said that this state terrorism led to martyrdom of a dozen people in addition to severely injuring over one hundred. He said that we rejected the Commission constituted by the killers and the same was rejected by all parties present in the Parliament.

Dr Tahir-ul-Qadri said that media was our commission, evidence, FIR and investigation, adding that we would get FIR registered officially in a police station in a few days in the presence of media, and political and religious leaders. He said that there would be ‘Qisas’ of martyrdoms according to the Islamic and Pakistani laws. In reply to a question about barriers, he said that when he issued internationally acclaimed Fatwa against terrorism four years ago, the Punjab government got these barriers erected on the orders of the honourable court and the community members got two iron gates erected with their own money for the purpose of protection. He said that if there was any matter with regard to removing or shifting the position of these barriers, the police officers would have sorted out the issue in consultation with our chief security officer. He, however, added in the same breath that removing barriers was merely an excuse and the underlying purpose was to convey a strong message to the people and civil society organizations to stay away from public reception on June 23. 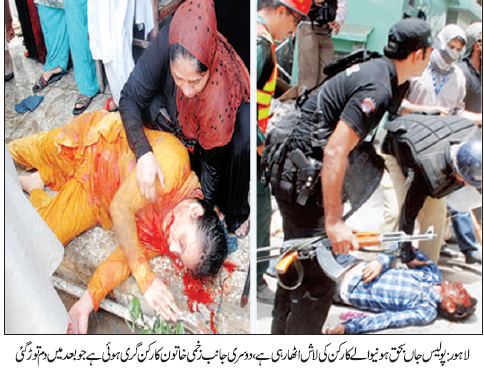 Dr Qadri said that the martyrs and injured belonged to his party and civil society organizations. He revealed that the officers who were made OSD were given the responsibility to use stick and carrot approach and to intimidate the relatives of the martyrs into giving statements against the PAT leadership. The second responsibility assigned to them was to tinker with the medical record of the martyrs and the injured so that those killed and injured by bullets could be said to have died of baton-charge and gas shelling and the injured police officials could be proven to have sustained bullet injuries.

Responding to the allegation of illegal weapons, Dr Tahir-ul-Qadri said that it was a slander and a big lie. He said that the very fact that weapons allegedly retrieved from the secretariat were not shown to the media proved the fallacy and hollowness of the allegation. He said that he had struggled against terrorism, militancy and extremism all his life. He said that had any illegal weapon been found in the party’s secretariat, he would have shut it down and brought a closure on his organization. He said that the biggest example in this regard was that when the student chapter of his party sought his permission to get licensed weapons to defend themselves against violence of other organization, he turned down their request, saying that if he allowed them to possess weapons for self-defence, they might use the same for aggression as well. He said that he suspended the student organization for five years for making this request.

Dr Tahir-ul-Qadri said that the goons dressed in police uniform resorted to indiscriminate and merciless firing into bed rooms, windows, and the doors of his house in the name of removing barriers. He said that the doors, windows and rooms of the central secretariat were also fired upon. He said that height of the oppression was that those reciting Durood Sharif in the Gosh-a-Durood were also targeted by the police firing. 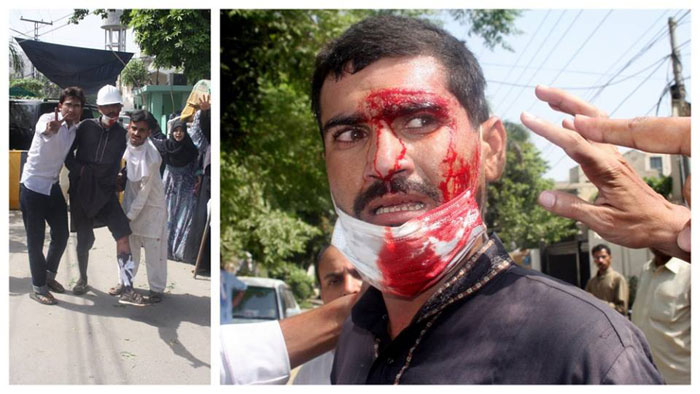 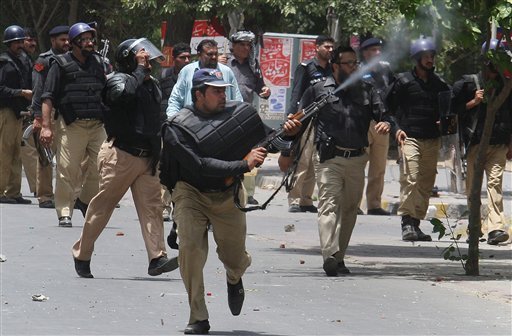 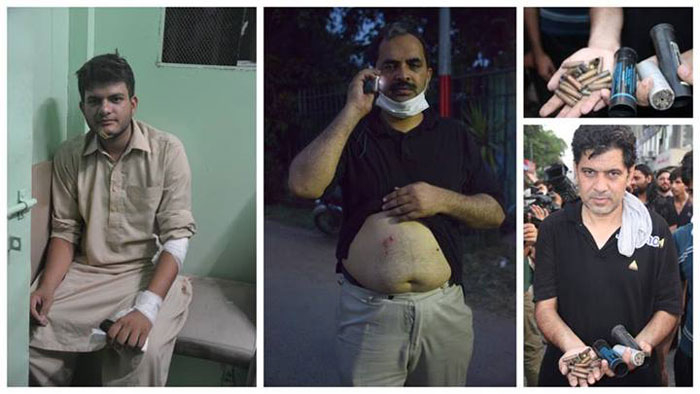 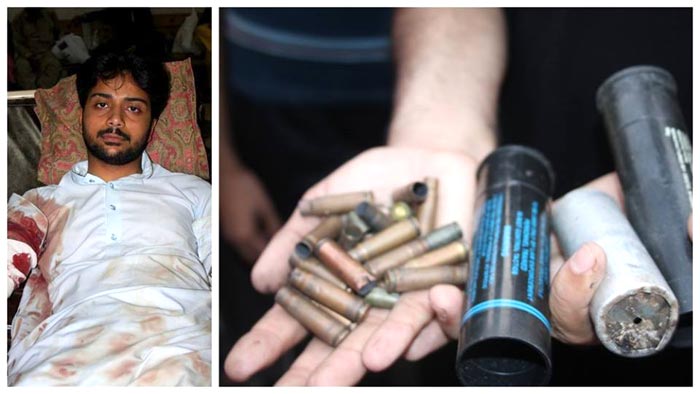 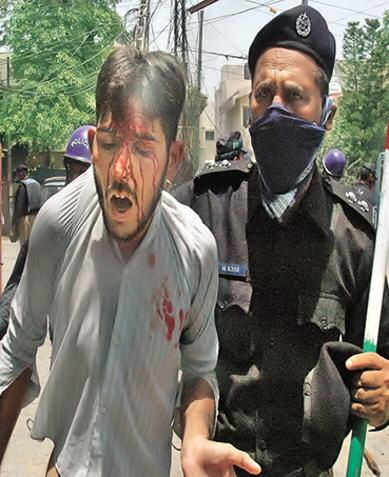