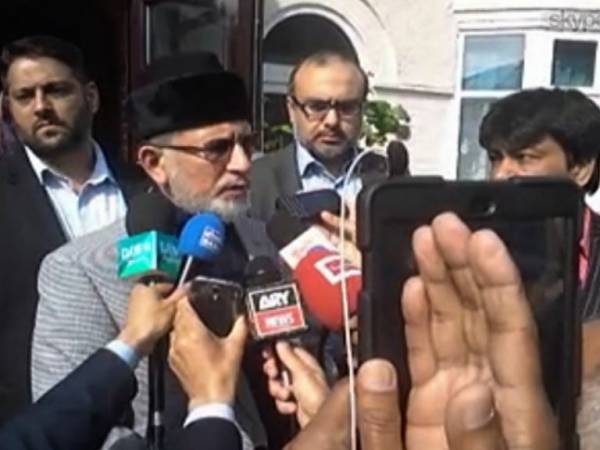 LONDON: Pakistan Awami Tehreek (PAT) chief and leader of Minhaj-ul-Quran Dr Tahirul Qadri claimed on Sunday that his anti-corruption campaign would not harm the government.

Speaking to media here, the PAT chief urged the judiciary to take notice of the government’s action against his party workers.

“There is no threat to constitution, democracy and the PML-N government by the campaign”, he told media.

Qadri, who arrived in London from Canada to fly for Pakistan, further said “I don’t know why the government is worried as the PAT does not do anything illegal”. SAMAA