Hundreds of PAT workers rounded up across Punjab 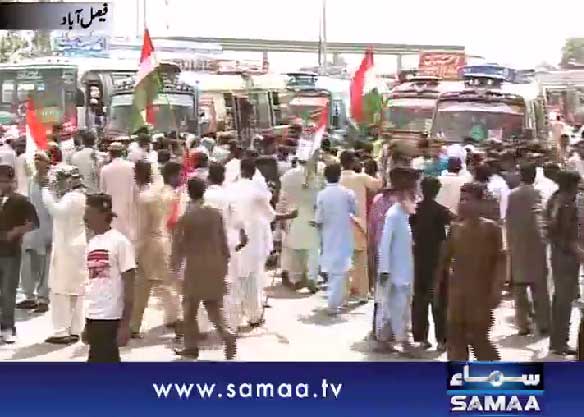 ISLAMABAD: Hundreds of workers of Pakistan Awami Tehreek (PAT) were barred across Punjab on Sunday from leaving for Islamabad to welcome Dr. Tahir ul Qadri, who is due to reach Benazir International Airport early Monday morning.

In Faisalabad, hundreds of PATs’ workers staged a token sit-in after they were stopped from proceeding to Islamabad.

SIC head Sahibzada Hamid Raza also joined the protestors, saying he will not leave the area until PATs’ workers were allowed to go.

In Sargodha, owners of private buses refused to take the protesters to Islamabad over police pressure.

There are reports that more than 100 workers have been rounded up in Gujranwala, Gojrah, Toba Tek Singh and other cities. – SAMAA