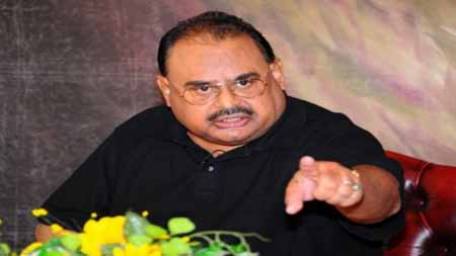 KARACHI: The Muttahida Qaumi Movement (MQM) said on Wednesday that Imran Khan and Tahirul Qadri have the right to protest

MQM chief Altaf Hussain has said the country was facing political turmoil and urged the politicians to resolve their difference in an amicable manner. Addressing the parliamentary committee meeting via telephone, he said everyone should move forward and forget the past. He said today the government representatives were talking against the politics of sit-ins and agitations but these rulers did the same in past when they were in opposition. He said “under the law and the constitution, everyone has the right to protest,” adding that the incumbent government itself had taken part in long marches in the past. Altaf criticised “double standard politics” of the government.