LAHORE/ATTAOCK: In view of potential arrest of Dr. Tahir-ul-Qadri, the workers of Pakistan Awami Tehreek (PAT) thronged outside his residence and Minhaj-ul-Quran International Secretariat. Activists declared that they would stand by their leader day in and day out.

Receiving the report that heavy police contingent had arrived at Dr. Qadri’s residence, baton-wielding PAT activists rushed to the spot and are currently standing guard outside the residence of Dr. Qadri. The activists are resolute to protect their leader and will not allow him to be arrested.

Heavy contingent of police are also present around Minhajul Quran Secretariat in Model Town, while all routes heading to the party office have also been blocked with containers.

Meantime, police said that they have arrested 13 PAT activists in Attock.

Addressing a press conference in today’s wee hours, Dr. Qadri said the Punjab government sought to turn Yaum-e-Shuhada into Revolution Day through their barbaric measures and brutal crackdown against the party workers across the province.

In an emergency media talk at 3am outside his residence, the PAT chief said he had called a meeting of allied parties today at Minhaj-ul-Quran International Secretariat, in view of the current large-scale police crackdown on the PAT activists.

Stressing upon the workers of all allied parties to stand steadfast in their struggle for the rights of the poor, Dr. Qadri said the violence and crackdown has been let loose against the workers across Punjab. He continued, “The workers of PAT, Q-League, Majlis Wahdat-ul-Muslimeen (MWM) Pakistan, Sunni Ittehad Council, have remained resolute and dedicated thus far and will remain so in the coming days, too.”

The PAT leaders are determined that the arrests and crackdown cannot block their way forward, reaffirming that the Yaum-e-Shuhada would be observed despite all the State oppression.

It should be mentioned here that the PAT and its allies decided to observe Yaum-e-Shuhada (Day of Martyrs) on August 10 in commemoration of martyrs of Operation Zarb-e-Azb and Model Town Tragedy.

Dr. Tahir-ul-Qadri will soon announce the future strategy of the revolution, the leaders added. –SAMAA 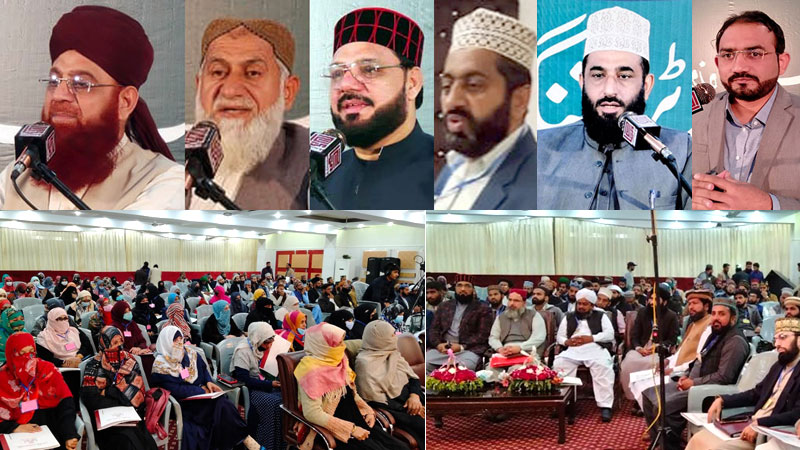