Heads of state respond to Memorandum 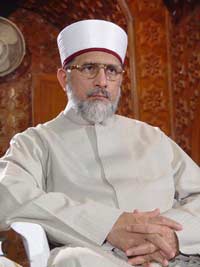 The memorandum written by Shaykh-ul-Islam Prof. Dr. Muhammad Tahir-ul-Qadri on the publication of the caricatures of the Holy Prophet Muhammad (SAW) has been welcomed by world leaders who have shown great interest in it.  Many replies have been received in this regard.  Furthermore embassy missions in Islamabad have replied very positively on behalf of their governments.

The Prime Minister of Britain, Tony Blair, has replied thanking Shaykh-ul-Islam for the memorandum and that the views expressed in the memorandum have been carefully noted.

The Prime Minister of Denmark, Anders Fogh Rasmussen, has sent a detailed reply presenting his government’s stance on the issue, which is well known to every body now.  He has said that he has taken note of the comments of Shaykh-ul-Islam. 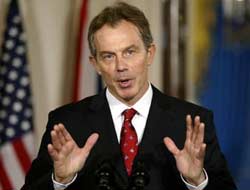 The Prime Minister of Sweden, Göran Persson, has appreciated the memorandum and has directed the Ministry for Foreign Affairs to take further action in this regard.

The Prime Minister of the Kingdom of the Netherlands, Dr. Jan Peter Balkenende, has replied to the memorand saying that he is taking notice of the contents of the memorandum

The British High Commissioner in Pakistan, Mark Lyall Grant, has greatly appreciated the memorandum and has called on Shaykh-ul-Islam to stand up and be counted as a moderate voice, if the clash of civilisations is not to become a self-fulfilling prophecy.

The Ambassador of the Federal Republic of Germany to Pakistan, Dr. Gunter Mulack, agreed with the memorandum that the publication of the caricatures was insulting and distasteful causing unnecessary tension and unrest.  He agreed with peaceful protest in this regard.

The embassy of the Vatican in Pakistan replied positively to the memorandum upon which they will take the necessary action.

The Chairman of the upper house of Parliament in Pakistan-the Senate, Mian Muhammad Soomro, relying to the memorandum acknowledged Shaykh-ul-Islam as a social reformer.  He said that Shaykh-ul-Islam has successfully dealt with the issue surrounding the publication of the caricatures of the Holy Prophet Muhammad (SAW) while at the same time not letting the tolerant image of Islam be tainted. He was referring to the violent protests carried out by some extremists which served the purpose of painting all Muslims and Islam as intolerant, extremist and backward in the International media.  He added that the memorandum will be placed in the Senate library.