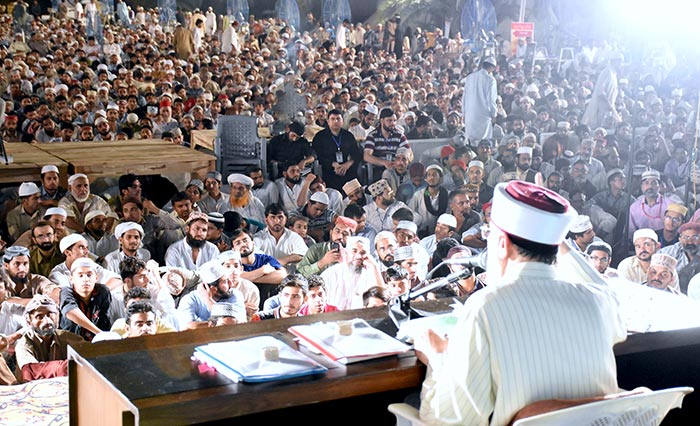 Delivering his special lecture on the holy Quran to the residents of the Itikaf City on the 24th night of Ramadan, Shaykh-ul-Islam Dr Muhammad Tahir-ul-Qadri has said that one cannot acquire the station of patience unless one has equipped oneself with conviction in veracity of one’s destination. He said that revolutionaries should have such a high level of patience during the journey of revolution that they remain unaffected and unmoved even by the mightiest of the challenges. He said that there have been two kinds of people in the human history who took on the oppressive system; the first group consists of those people who tread on the path towards their destination with complete conviction and steadfastness and the second set of people are those who renounce the struggle when confronted with difficulties.

Dr Tahir-ul-Qadri said that even during the prophetic period, about 300 to 700 people joined the camp of Abdullah bin Abi and left the Muslims. He said that the Holy Quran says that Satan created doubts in their minds, which led them to flee. He said that those of the holy companions who persisted in the theatre of war got encouragement from their sense of conviction. Allah’s help made them successful in the end.

Dr Qadri said that women belonging to Minhaj-ul-Quran Women League are the proud followers of these ‘Sahabayat’ and holy personages. He said that faith undercuts the foundation of doubts and reservations leading one to have firm faith in Allah Almighty. He said that those who entertain doubts end up losing hearts. He said that we should not let go of firm faith in our Lord. He said that he never got disappointed and urged the workers not to let despondency get the better of them. He said that revolution is bound to come and their struggle will not go in vain. 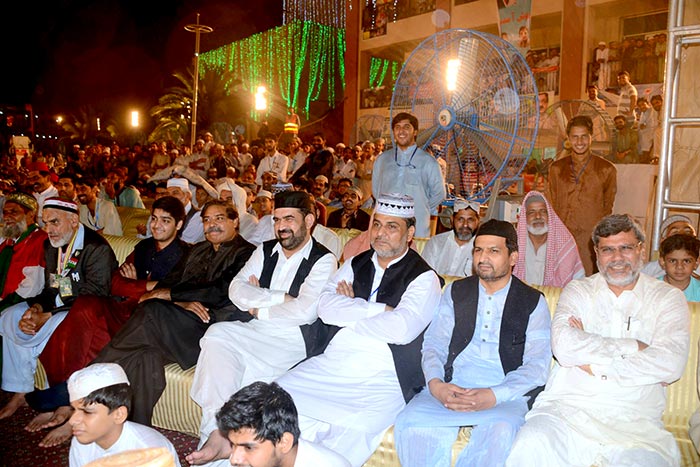 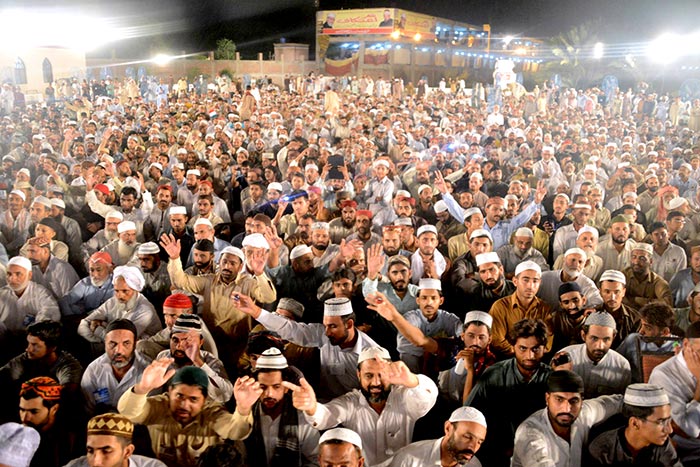