Naat khawani a sure way to spread love in society: Dr Tahir-ul-Qadri 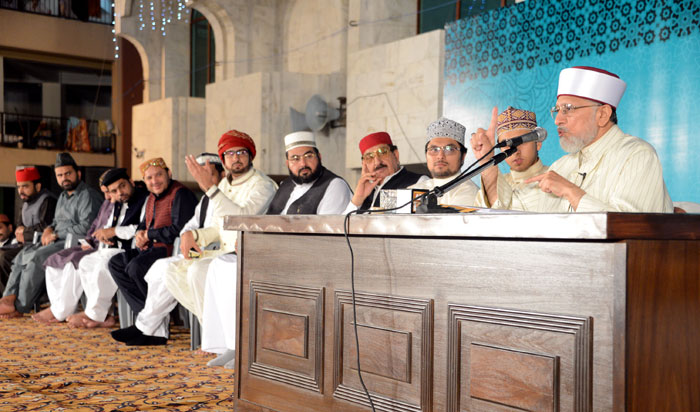 A Naat ceremony took place in the Itikaf City in connection with the odd night in which renowned Naat Khawan took part. Famed anchor of QTV Tasleem Ahmad Sabri conducted the proceedings of the programme in his characteristic style.

Syed Zohaib Masood, gifted as he is with melodious and sweet voice, had the honour of reciting a number of Naats, which were immensely appreciated by the residents of Itikaf City. He was followed by different Naat khawan who sang praises in the court of the Holy Prophet (SAW). The Naats composed by renowned poets Ahmad Ali Hakim and Sarwar Naqshbandi enlightened the hearts of the audience with the light of Prophetic love (SAW). The gathering reached its spiritual ecstasy when internationally known Naat khawan Shahbaz Qamar Faridi recited the Naat. The lovers of the Holy Prophet (SAW) were so engrossed in the proceedings that even the rain could not distract their attention.

Dr Tahir-ul-Qadri said that it is inevitable for each member of the Muslim community to have a multi-pronged relationship with the person of the Holy Prophet (SAW) including emotional, spiritual, and intellectual bond. He said that our morals, thoughts and deeds must be subject to the teachings of the Holy Prophet (SAW), adding that our heartbeats should also be strongly connected with the last Messenger of Allah (SAW). 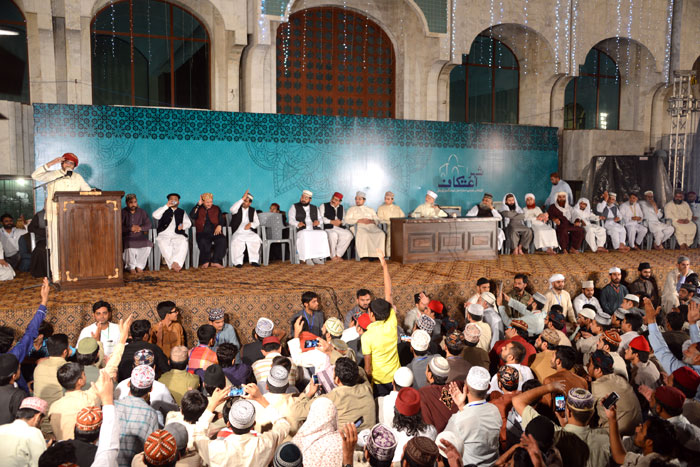 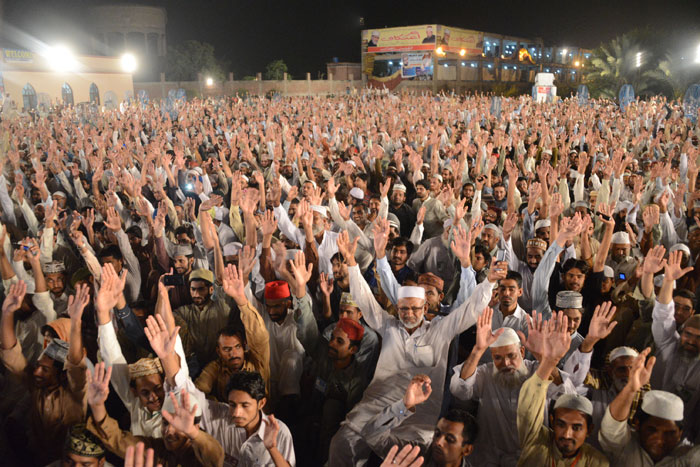 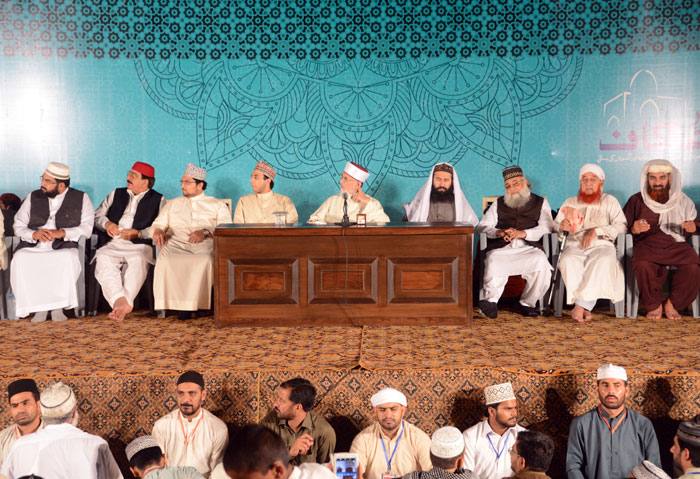 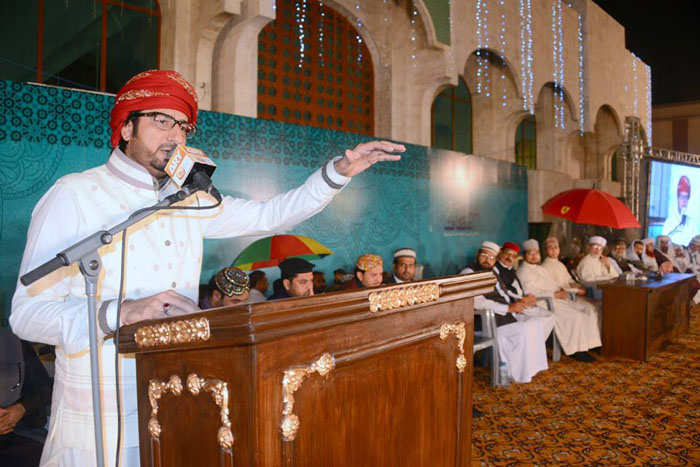 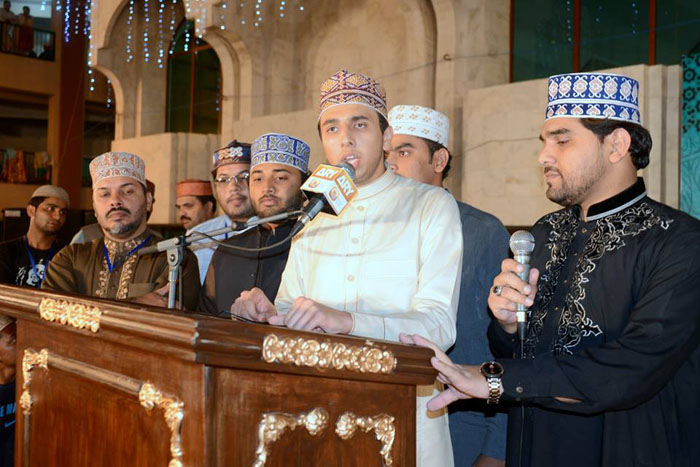 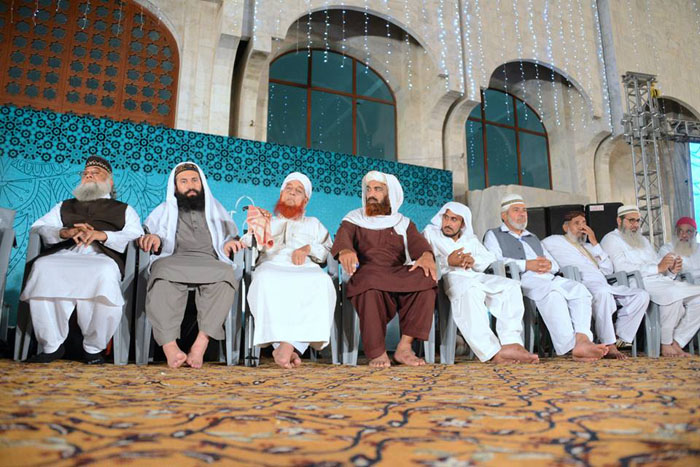 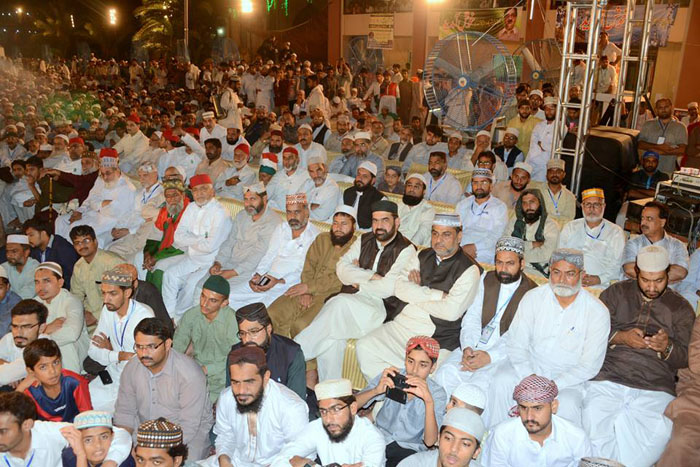 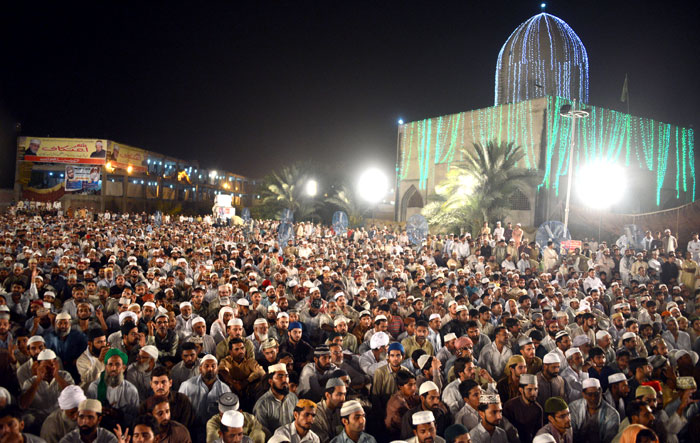