Minhaj-ul-Quran International (MQI) has introduced a new App for Android system on August 18, which contains hundreds of books of Shaykh-ul-Islam Dr Muhammad Tahir-ul-Qadri in Urdu, English and Arabic. This App is available for a free download in the Google Play Store under the title of ‘Islamic Library by MQI’.

Dr Hassan Mohi-ud-Din Qadri, Chairman of MQI Supreme Council, launched the App the other day. He appreciated the efforts of App developer Tayyab Khan Rind and his team and said that their service will be instrumental in promoting the Islamic message of peace. Blue Horn Technologies has designed this App voluntarily with the cooperation of MIB. The facility of downloading and study of the books has been given in it. The books have been presented in categories for facilitation of the readers.

It is pertinent to mention here that the MQI has already launched Android windows of Irfan-ul-Quran and App on IOS, which is available for free downloading on Google Play Store. Besides, work continues on a new App by the name of Dr Tahir-ul-Qadri for Android system, which will be presented to the consumers soon. 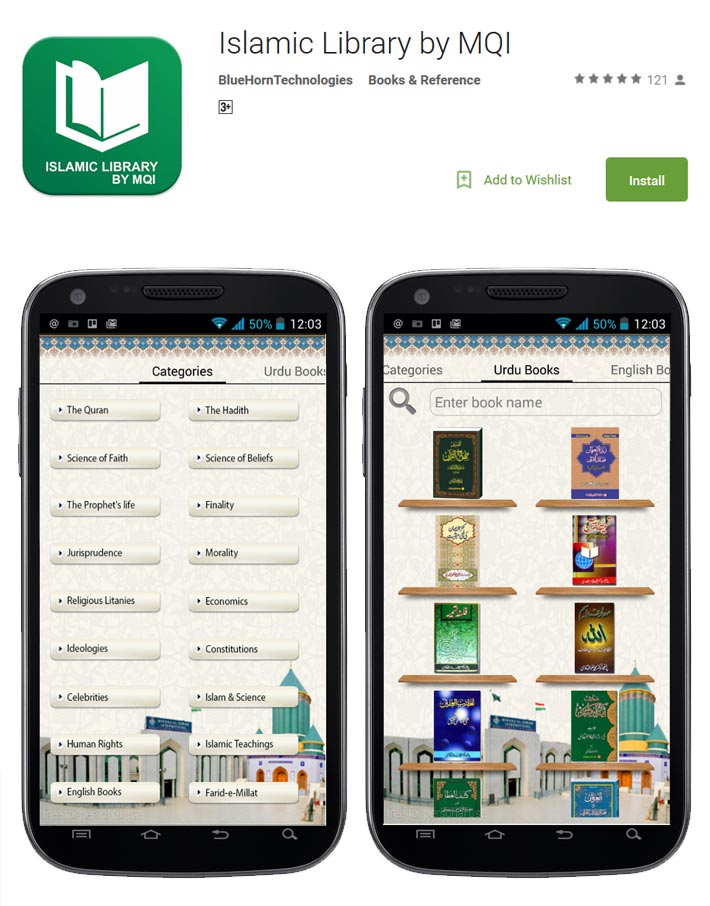