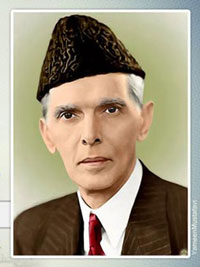 A prayer ceremony was held under the banner of Pakistan Awami Tehreek at its central secretariat to mark the 67th death anniversary of Quaid-e-Azam Muhammad Ali Jinnah, which was attended by among others by the central, provincial and district leadership of the PAT and MQI.

Addressing the prayer ceremony, PAT Secretary General Khurram Nawaz Gandapur said that Pakistan came into being as a result of Two Nation Theory. He said that the Muslims of the sub-continent got Pakistan under the inspiring leadership of the Quaid-e-Azam by raising the slogan ‘there is no god on earth but Allah’. He, however, added in the same breath that the objective for which the Muslims achieved the country was put at the backburner by the succeeding politicians. He said that the ruling elite got involved in corruption and struggle for power which resulted in bifurcation of the country in 1971.

Khurram Nawaz Gandapur said that the country has been confronted with terrorism for last one decade or so due to machinations of the country’s internal and external enemies. He said that to rub salt in the wounds, the people’s miseries have multiplied due to massive price hike and the worst energy crisis. He said that a number of crises enveloping the country at the moment are the direct result of the politicians’ incompetence and self-serving policies.

Recalling immediate past, the PAT Secretary General said that the rulers left the people at the mercy of terrorists, adding that it was Pakistan armed forces that rose to the occasion when they launched much needed Operation Zarb-e-Azb against terrorists and ended up breaking their back. He said that the whole nation pays its rich tributes to the armed forces for their sacrifices. He said that situation has taken such a turn for the worse that the Quaid’s soul is asking the people to wake up from their slumber. He said that the 11th of September reminds us of the fact that the Quaid achieved Pakistan solely on the basis of power of conviction and self-belief. He said that there is a need for all of us to follow the teachings of the Quaid and turn Pakistan into a country which is representative of his ideals. He said that it is possible only when we look for a leadership which is sincere, capable, determined, and patriotic who can steer us from the depth of crises and put us on the track of progress and prosperity.