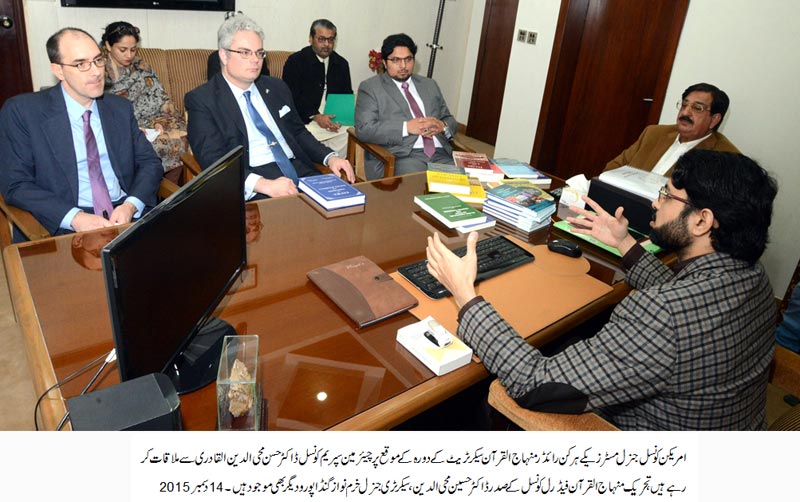 Mr. Zachary Harkenrider appreciated the services and contributions of Dr Tahir-ul-Qadri for promotion of peace, and interfaith dialogue in the world. He said that there can be no greater need of interfaith dialogue than it is today. He said that terrorism is not a crime against any particular community, country or a nation. Rather it is a crime against the whole humanity and an act of war. He said that it is satisfactory that MQI has been waging a relentless struggle to eliminate the scourge of terrorism at intellectual level, a fact which is appreciable.

The delegation was told that MQI provides free boarding and lodging and educational services to the orphan children. MWF, a sister organization of MQI, has been in the forefront of efforts of rescue, relief and rehabilitation efforts during national catastrophes. It was also informed about clean drinking water project located in Cholistan.

Dr Hassan Mohi-ud-Din Qadri told the delegation that MQI has been working hard for promotion of Sufism, love, peace and interfaith harmony and elimination of terrorism and extremism in the world. He also thanked the US delegates for taking time out to visit the MQI secretariat and gifted them the books of Dr Tahir-ul-Qadri in connection with elimination of terrorism and extremism. 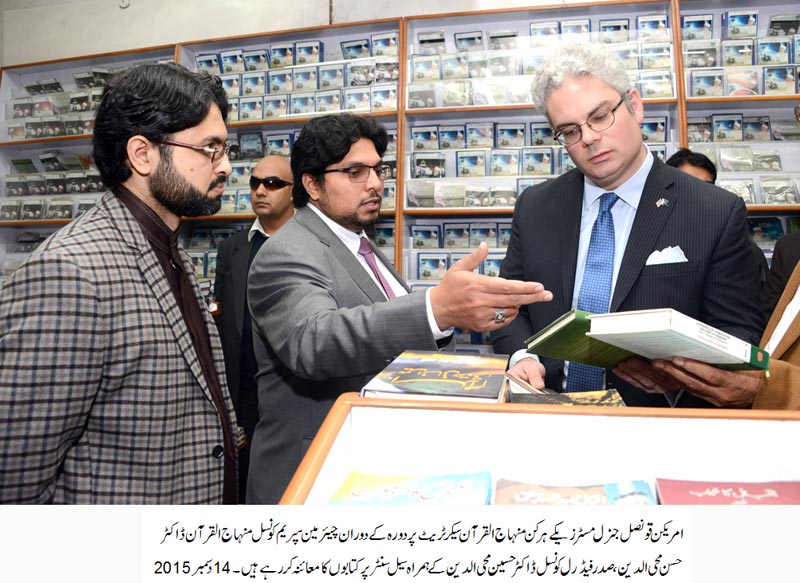