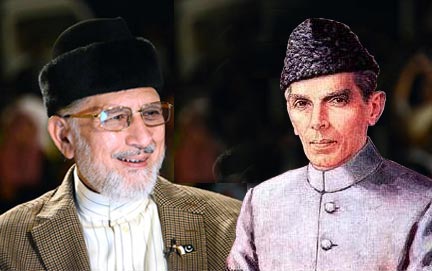 Addressing a ceremony held in connection with the birth anniversary of Quaid-e-Azam Muhammad Ali Jinnah, PAT Chairman Dr Muhammad Tahir-ul-Qadri has said that the multi-billionaire politicians are eating into vitals of Pakistan. He said that any one generation will have to render sacrifice for progress and prosperity of the coming generations. He regretted the fact that there is no let-up in the way politicians have plundered the nation nor have people developed awareness of affirmative action to stop the looters.

Dr Tahir-ul-Qadri said that social ills such as injustice, nepotism, corruption, profiteering and bribery have exceeded all limits, adding that these were the evils about which the Quaid had forewarned us. He said that accidental and corrupt politicians have turned politics into business instead mode of public service, filled their personal coffers and exploited the poor by getting power in the name of the Quaid. He said that political parties have turned into mafias today and they are so audacious that previously they used to look into the eyes of people, now they do so with the security establishment.

Dr Qadri said that PAT is looking for the Quaid-e-Azam’s Pakistan and the 10-point agenda is characterized by political thought of the Quaid. He said that God willing, we will rid the country of the corrupt mafia with the support of the masses.

Meanwhile, the PAT Chairman has congratulated the Christian community living in Pakistani as well as abroad on the auspicious occasion of birth anniversary of Jesus Christ. He said that Prophet Christ was an advocate of peace and love and his teachings are a lesson in human brotherhood and love. He said that there is a dire need that we act upon the teachings of the Prophets to seek God’s pleasure, adding that we need to play our role at individual and collective role to make this world a hub of peace.

Dr Tahir-ul-Qadri has also felicitated the PAT and MQI office holders, leaders and workers on the successful conduct of International Mawlid-un-Nabi (SAW) Conference at Minar-e-Pakistan.