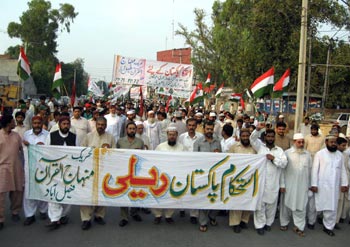 As the whole nation is planning to celebrate Pakistan’s 61st anniversary of Independency with vigor and enthusiasm, Minhaj-ul-Quran International has also made special arrangements to mark the independence in Karachi, Rawalpindi, Islamabad, Gujranwala, Faisalabad, Jehlum and Hari Pur.

On 10th of August, 2008, to commemorate 61st anniversary of Independence, Different Forums of Minhaj-ul-Quran International Including Youth League, MSM, Ulma Council, Women League and different Tenements have organized seminars, conferences, rallies, flag-hoisting ceremonies and quiz and debate competitions in all over the Country to mark the occasion of Independence.

All the forums of Minhaj-ul-Quran International collectively arranged solidarity and prosperity March and Seminars to celebrate the 61st anniversary of independence. Thousands of men, women and children participated in these splendid programmes with great enthusiasm, national zeal and fervor.
The speakers in these events highlighted various aspects of life of the founder of the Nation, Quaid-i-Azam Muhammad Ali Jinnah, who fulfilled the dream of Muslims of the subcontinent of having an independent state for them.
Furthermore a “Solidarity March” will be held in Lahore on 11th of August. 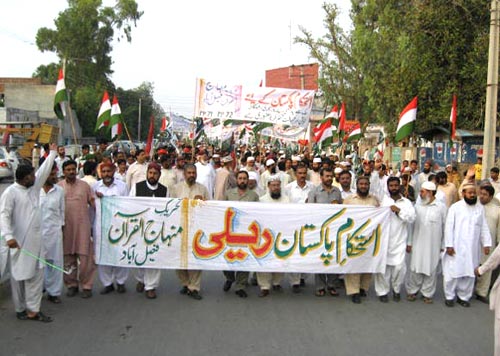 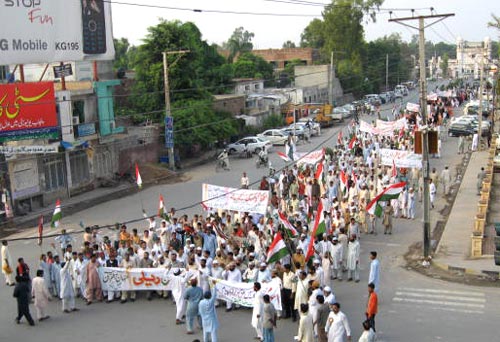 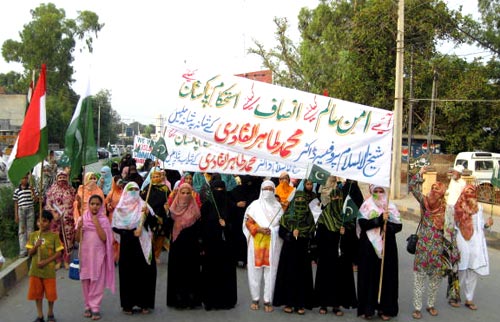 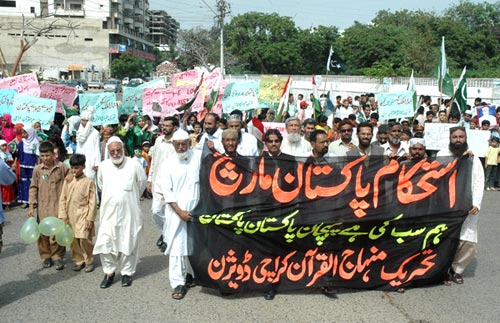 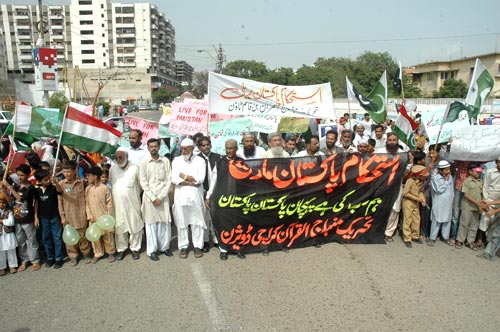