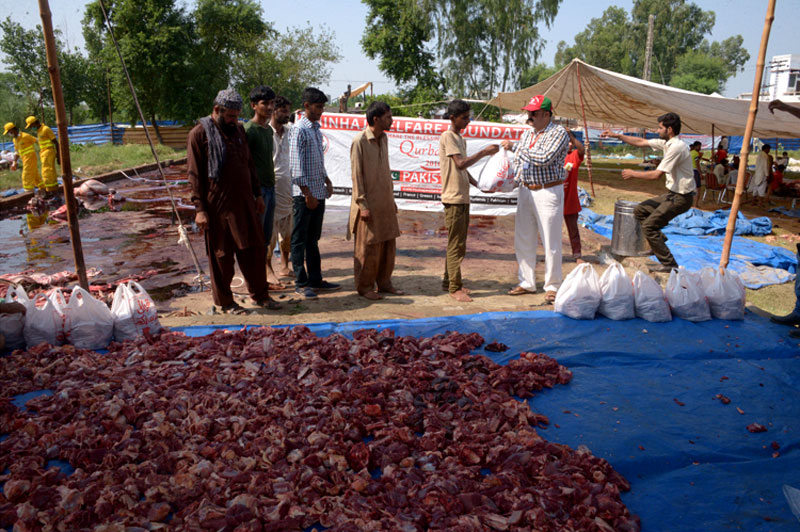 1500 animals were slaughtered at the altar on the occasion of Eid-ul-Azha under the banner of Minhaj Welfare Foundation. The meat of the slaughtered animals was distributed among the poor and the needy under a well-structured system.

Speaking on the occasion, Syed Amjad Shah, Director of Minhaj Welfare Foundation, said that MWF has been serving the humanity without any discrimination of any kind. He said that more than 5000 animals were slaughtered on the occasion of Eid-ul-Azha across the country including 1500 animals that were sacrificed at the central slaughter house in Lahore. He said that the meat of the animals was distributed among the needy and deserving people. He said that SOPs with regard to health and cleanliness were in place on the occasion.

Syed Amjad Shah said that meat of big sacrificed animals was sent to the shareholders in their homes. He said that cooked meat was distributed among volunteers of MYL, MSM, MWL and orphan houses, jails and hospitals of Lahore during all the three days of Eid. He said that proceeds on the sale of the hides of the animals will be spent on the welfare projects of MWF. 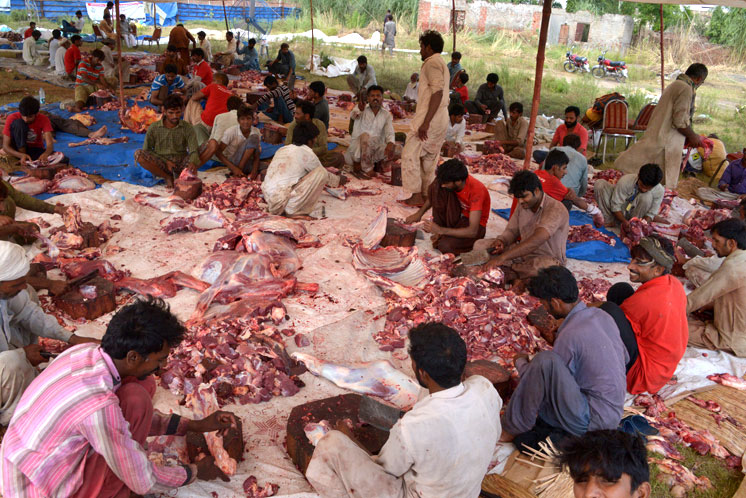