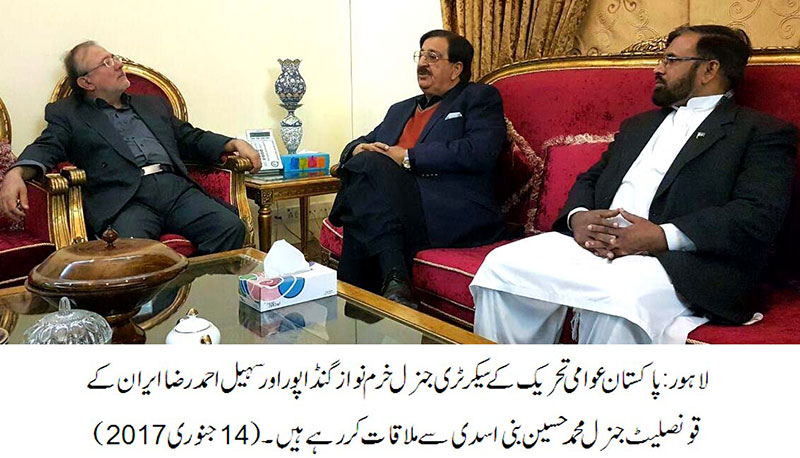 Khurram Nawaz Gandapur appreciated the services of the former Iranian leader for unity in the Muslim world and said that late President played his role pretty well for progress and prosperity of Iran and its people, adding that he also took steps to strengthen diplomatic bonds with the neighboring countries. He said that President Ali Akbar Rafsanjani faced the challenges arising in the backdrop of the Iranian revolution with great wisdom and foresight. He said that the Pakistani nation shares the grief of their Iranian brothers and sisters over the sad demise of their former leader.