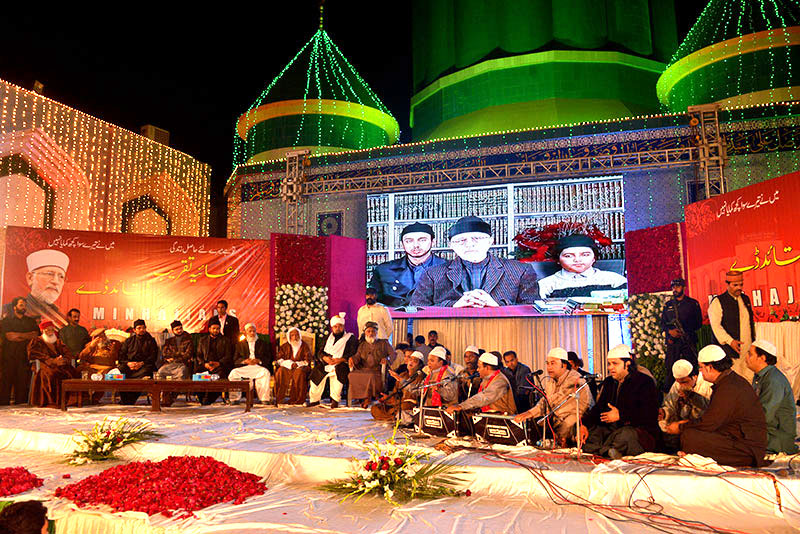 On the occasion of the 66th birthday of the MQI founding leader Dr Muhammad Tahir-ul-Qadri, a ‘Sama‘ & prayer’ ceremony was held under the banner of Minhajians on February 19 at the central secretariat. Internationally known Qawwal Mehr Ali and Sher Ali along with their band members gave a wonderful performance.

The proceedings of the ceremony got underway with the recitation from the Holy Quran at 9 pm followed by Naat. The mahfil-e-Sama‘ formally started at 10 pm. Qawwal Mehr Ali and Sher Ali presented beautiful Qawwlis on this occasion.

Representing the Minahians, Jawad Hamid addressed the ceremony and said that the Quaid Day is the day to revive of our pledge with our leader, adding that it is an occasion of immense festivity and celebrations for the MQI and PAT workers around the world. He said that the birthdays of Dr Tahir-ul-Qadri are celebrated with traditional fervor but due to a string of terrorist incidents that rocked the country, the birthday celebrations were turned into prayer ceremonies. He said that on this very special day, the PAT and MQI workers reiterate their pledge not to leave any stone unturned to promote the message of peace and love in a chaotic world. He said that we also vow to continue waging struggle for justice for the families of the martyrs of Model Town tragedy.

Three tickets of Umra were given to the participants through a draw to mark the festivities of the Quaid day. Dr Hassan Mohi-ud-Din Qadri and Dr Hussain Mohi-ud-Din Qadri conducted the draw themselves among the staff, teachers and students of Minhaj University in different categories. The lucky draw winners were congratulated on the occasion.

The Mahfil-e-Sama‘ came to an end at 1:30 am followed by cutting of cake of the 66th birthday of Dr Tahir-ul-Qadri. Hazrat Khawaja Ghulam Qutab-ud-Din Faridi made the final Dua for security and peace of the country and long life of the PAT Chairman. Dua was also made for the departed souls of martyrs of various tragedies. 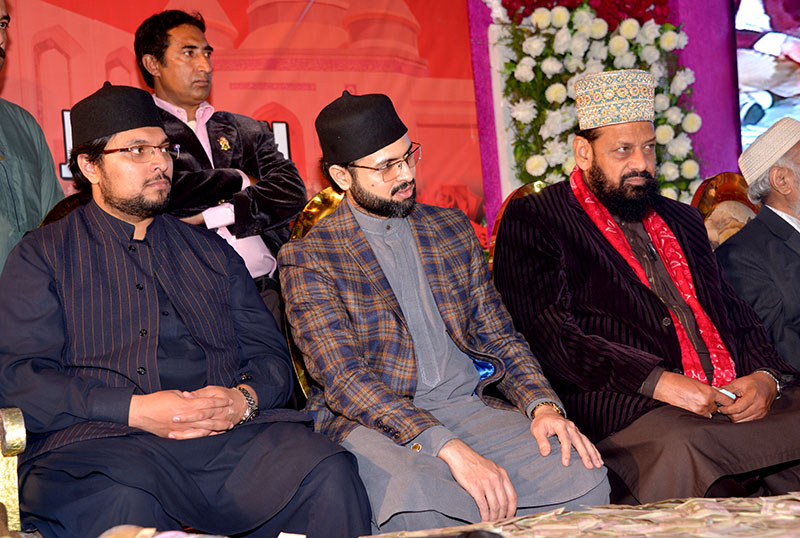 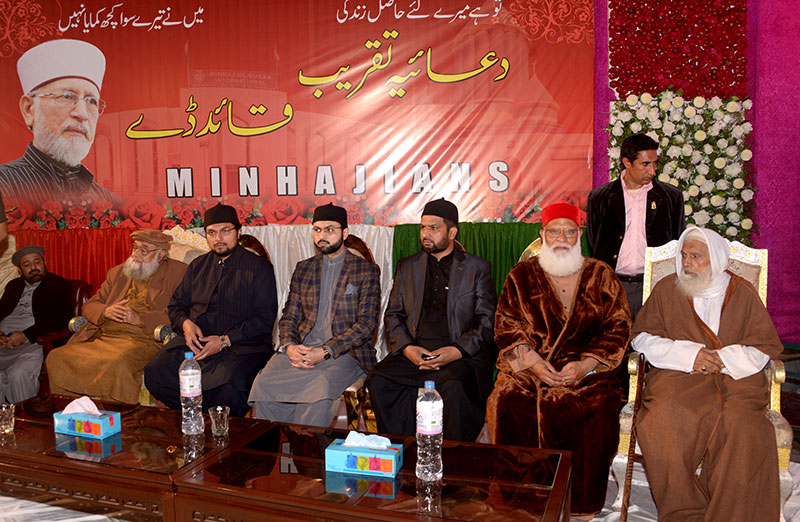 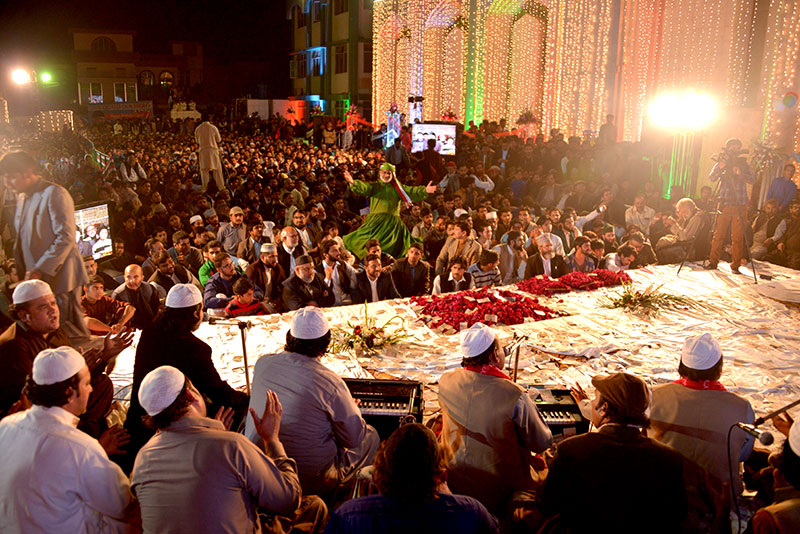 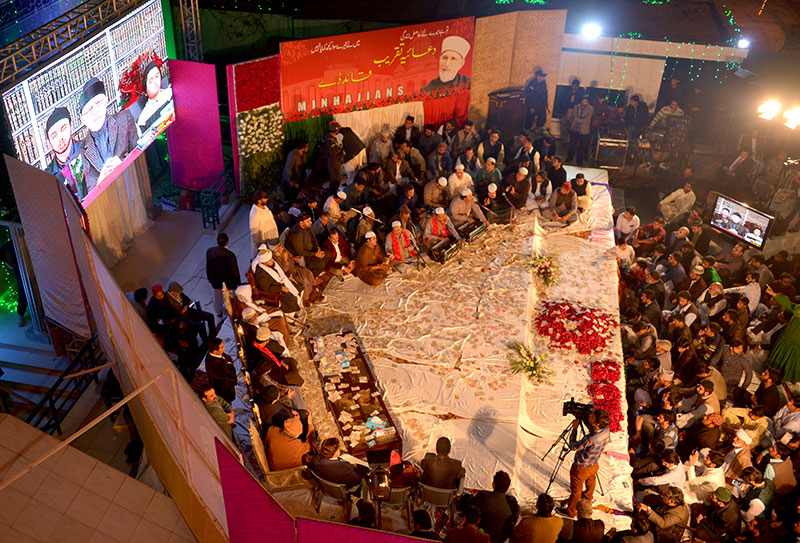 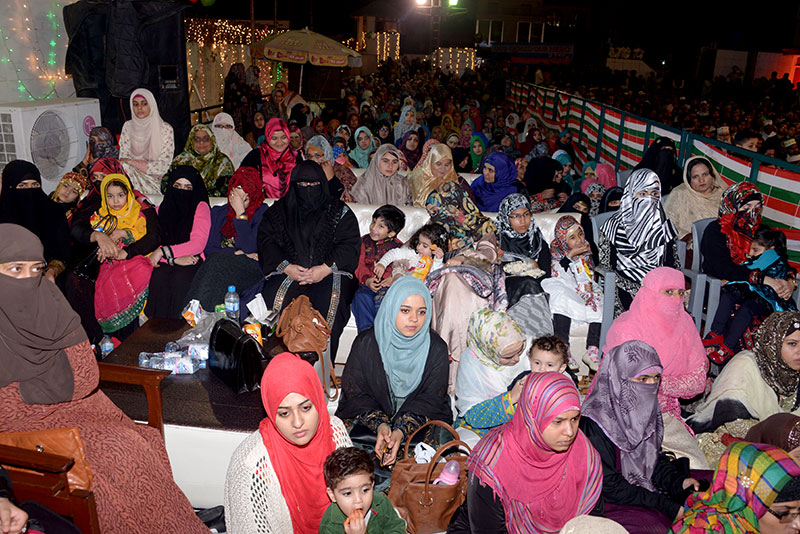 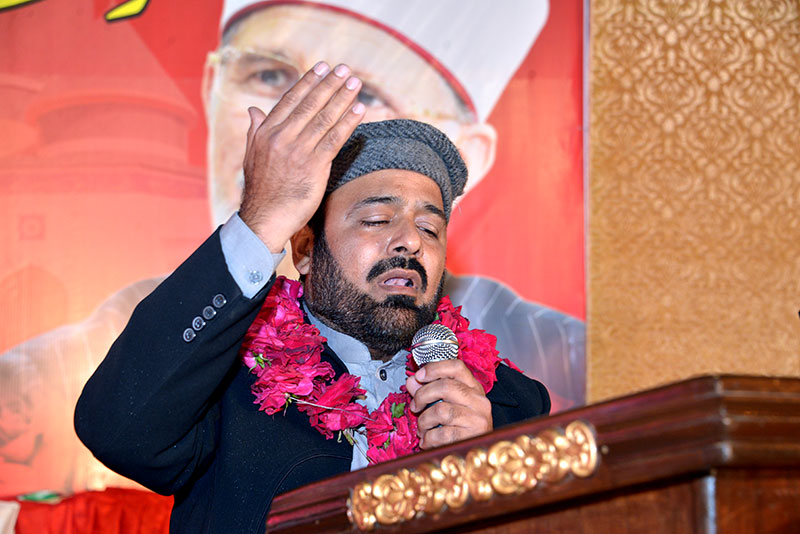 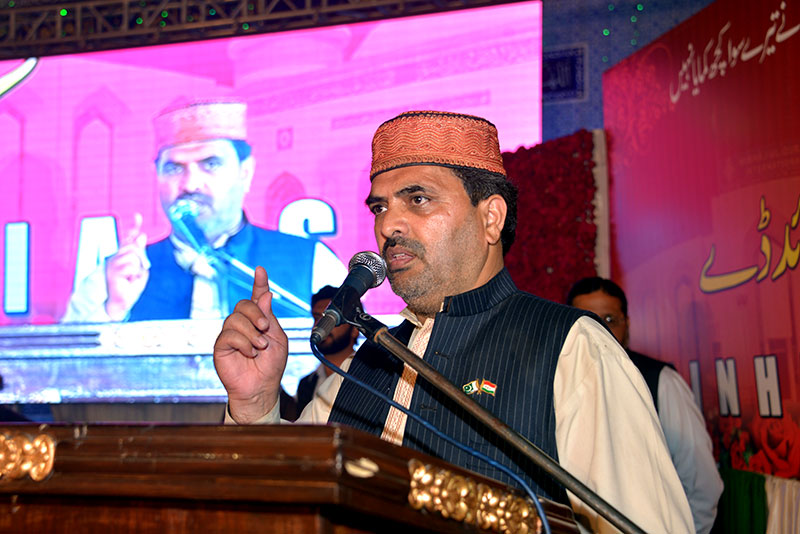 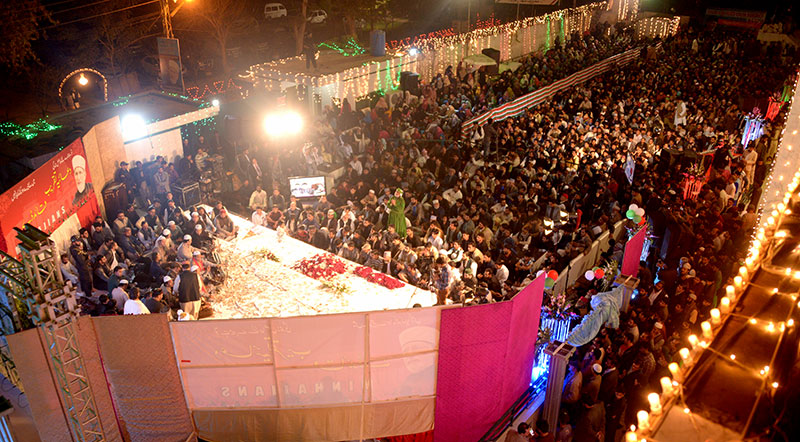 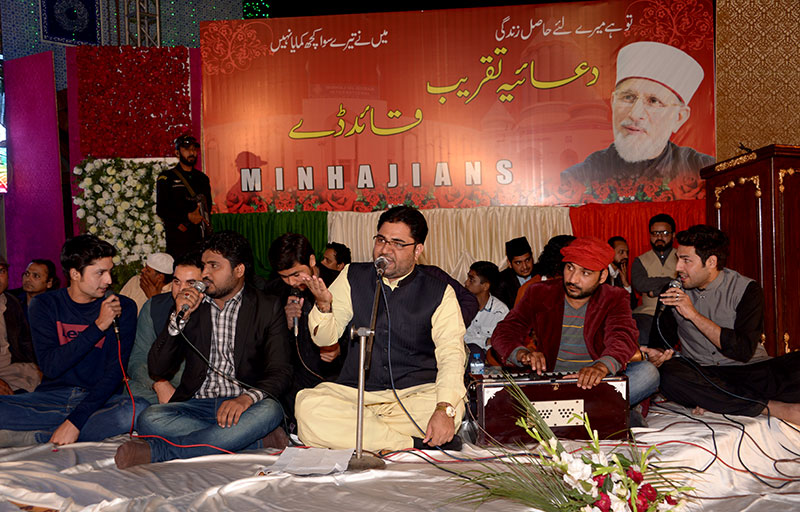 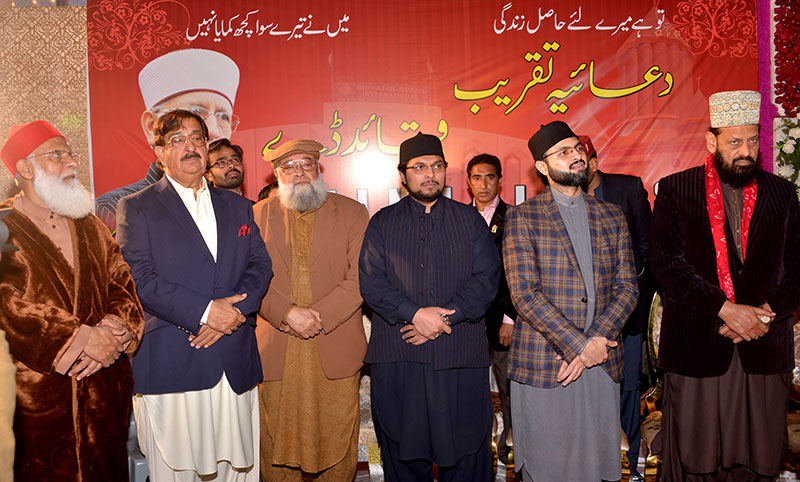 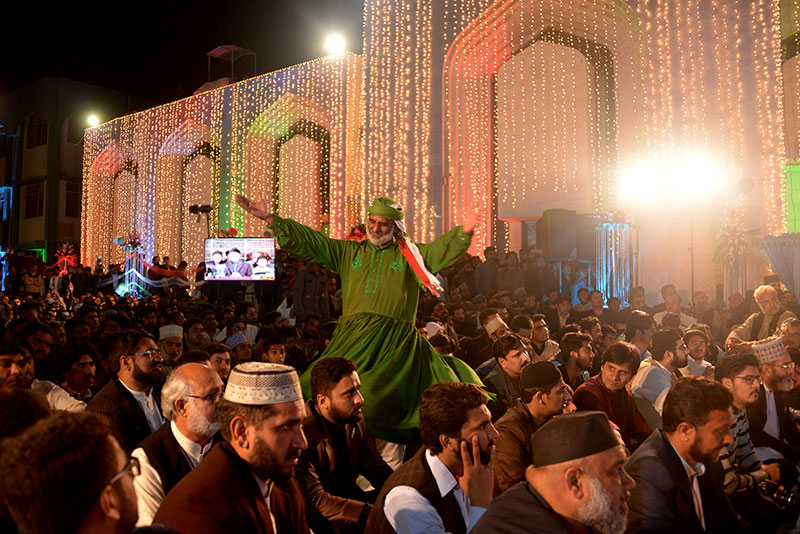 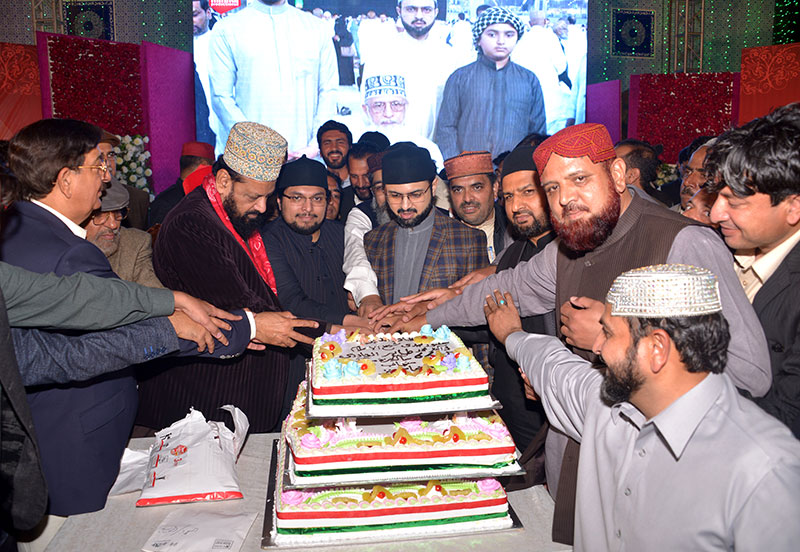 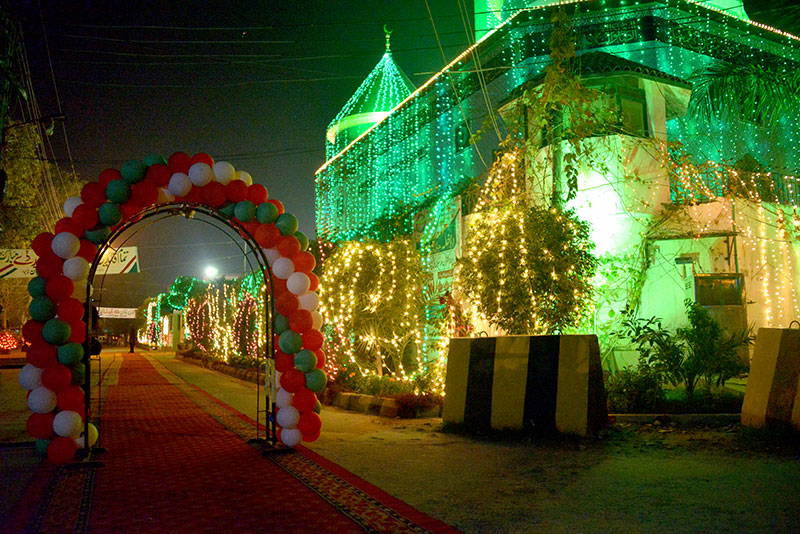 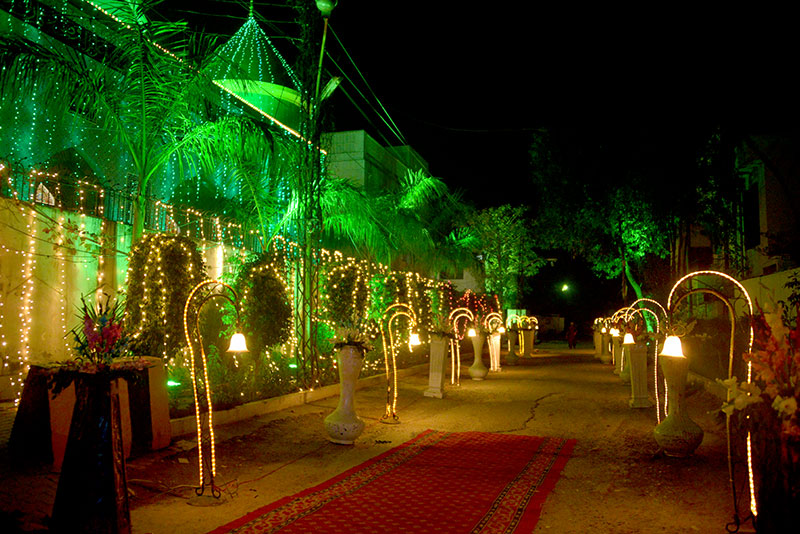 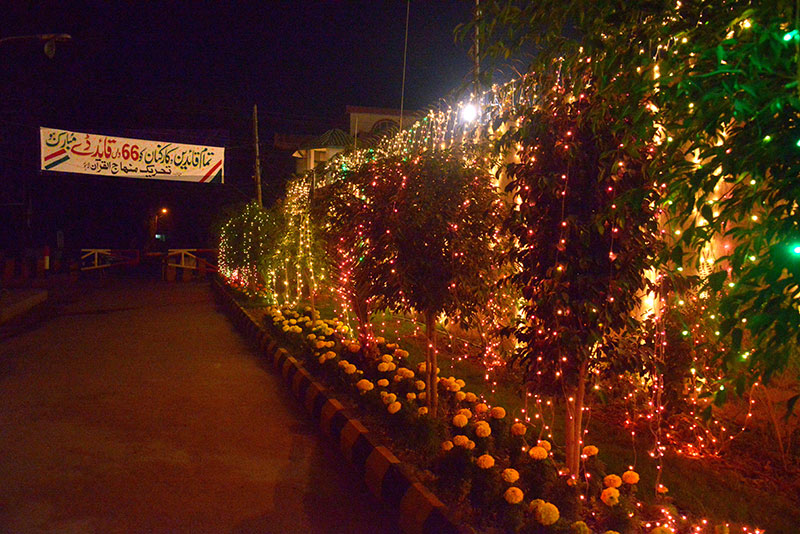 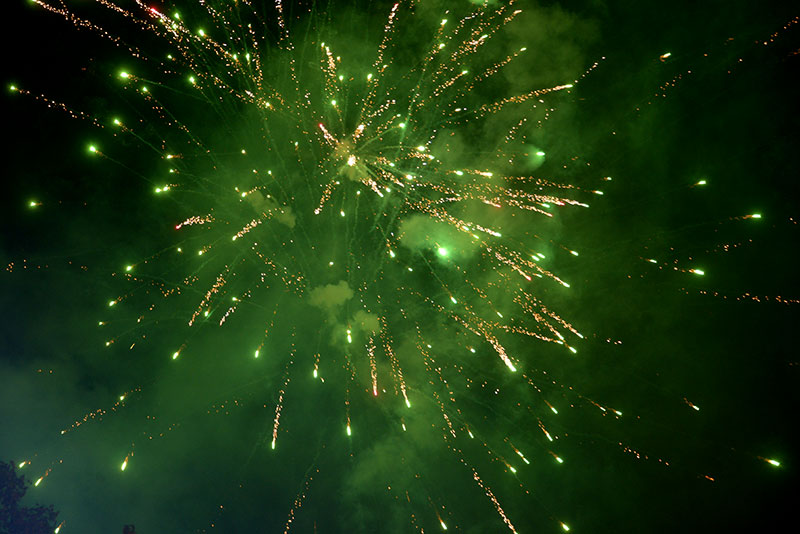 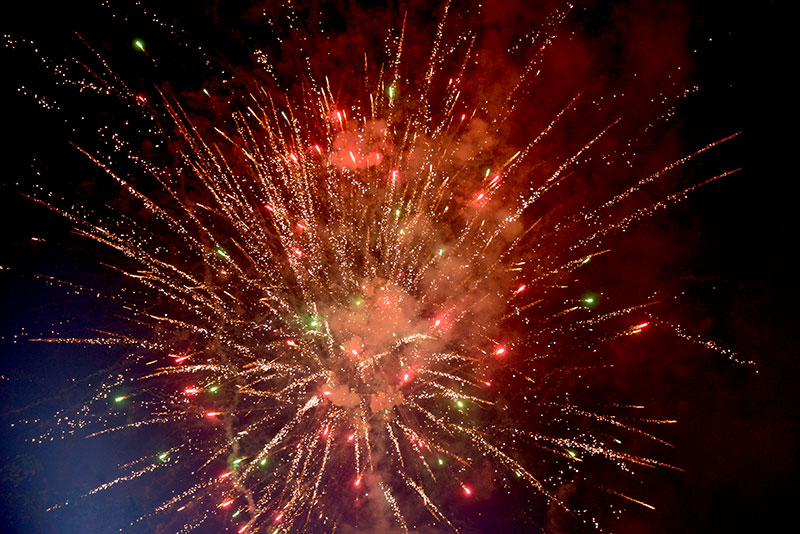 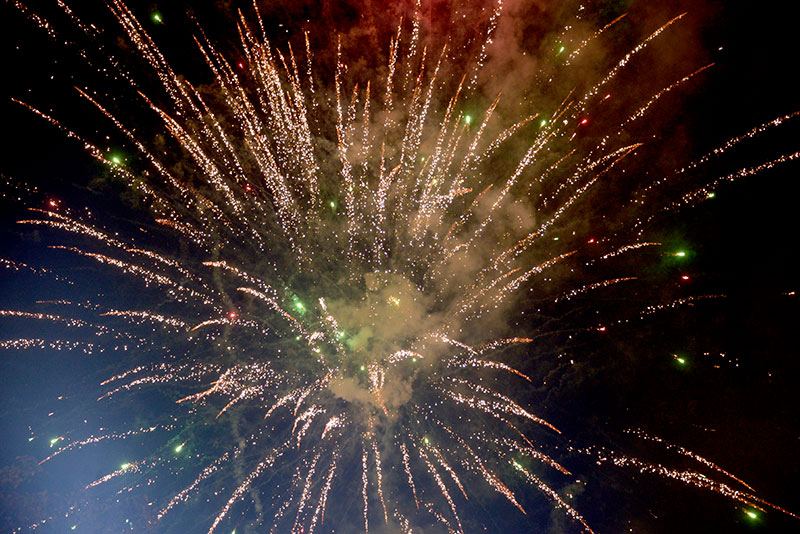