Dr Hassan Qadri arrives back to Pakistan after completing a successful MQI organizational tour of Europe and South Africa. pic.twitter.com/Rpo0TxWRuf

During his tour, Dr Hassan Mohi-ud-Din Qadri delivered lectures on the subject of counter-terrorism, teaching of modern sciences, Muslim Vision 2020 and interfaith dialogue. He also visited the Islamic Centres and offices of MQI in Europe.

Talking at the airport, Dr Hassan Mohi-ud-Din Qadri said that the Diaspora community prays for peace, progress and prosperity of their mother-country, adding that they are worried over economic conditions, lawlessness, deteriorating educational and health facilities, and energy crisis. He said that they want that the standard of living of their compatriots should be equal to that of the people living abroad. He said that the expatriate Pakistanis have a clear thinking that current exploitative system is responsible in the keeping the people deprived of basic necessities. 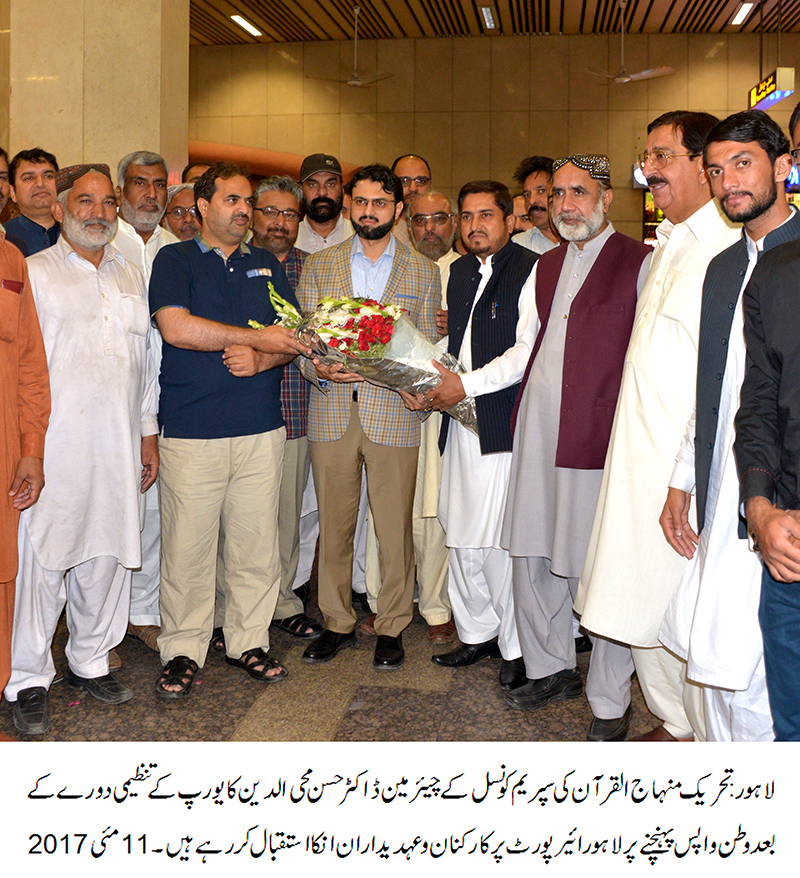