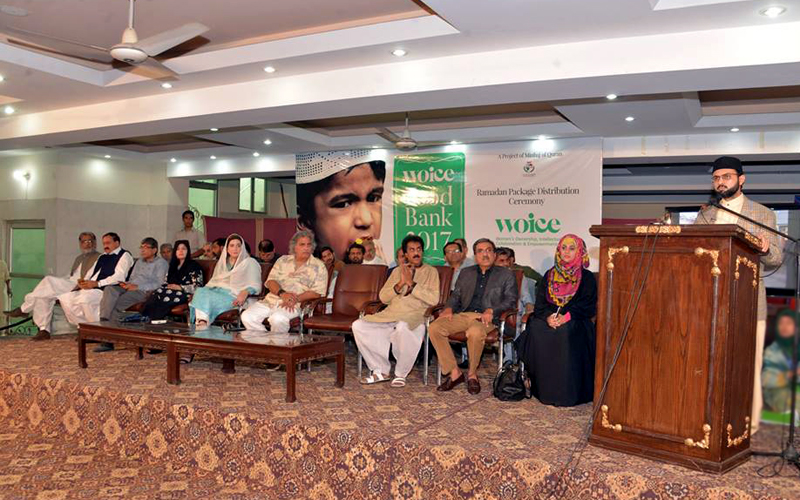 Dr. Shahida performed the duties of a stage secretary and gave detailed presentation to the audience about the ongoing projects launched by the Voice. The central MWL leaders Ms. Farah Naz, Afnan Baber and Zainab Arshad thanked the guests for their participation.

At the end of ceremony, Ramazan Package was distributed among more than 70 deserving families. Ms. Farah Naz informed the participants that Ramazan package distribution ceremonies were being organized in different cities across Pakistan.

Renowned artist Usman Pirzada observed that Islam can easily be termed as the biggest philanthropic religion that considers the sharing of happiness and sorrow as the worship.

Singer Shabnam Majeed thanked the Women League and Voice for inviting her in such a wonderful and inspirational ceremony during the holy month of Ramazan. She said that we should stand by those who are poverty-stricken and the downtrodden.

Well-known folk singer, Anwar Rafi sang the folk song of Maaye Ni Main Kino Aakhan. Ms. Jahan Ara Begum noted that the perpetrators of Model Town incident were being humiliated everywhere. “This is called retribution, If Allah Almighty entrusts someone with power and he resorts to inflicting brutalities, he would never live in peace neither in this world nor in the hereafter”, she noted.

Professor Javaid Chaudhry observed that whether Long March or sit-in, all sort of struggle that was being carried out by Dr. Tahir-ul-Qadri, was aimed at educating the people. He further added that Dr. Qadri had prepared a generation that has been equipped with best character and ideal morality that is playing its role in spreading awareness.

At the conclusion of ceremony, Dr. Hassan Mohi-ud-Din Qadri together with Makhdoom Ahmad Mahmood, Fiaz Warraich, GM Malik, Rafiq Anjum and other guests distributed ration among the deserving families. 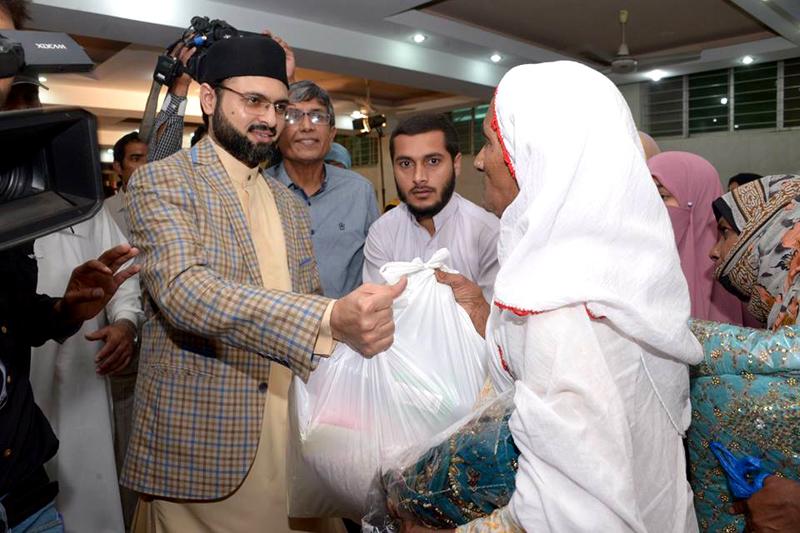 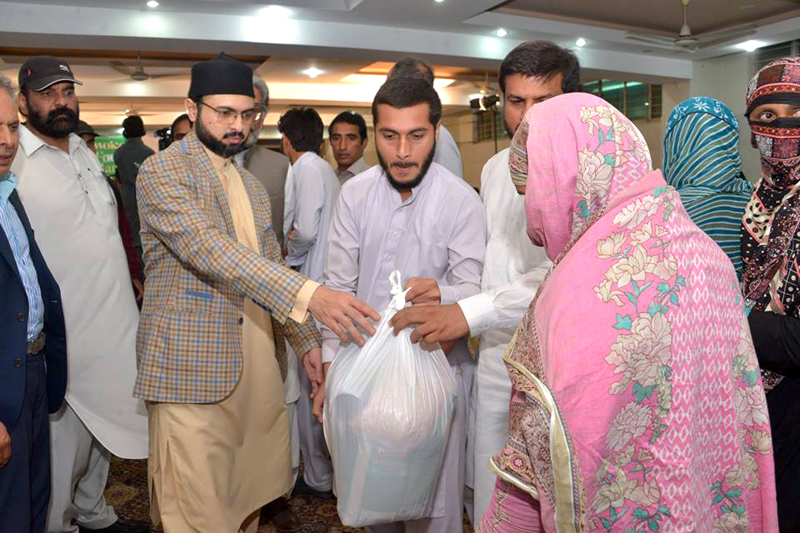 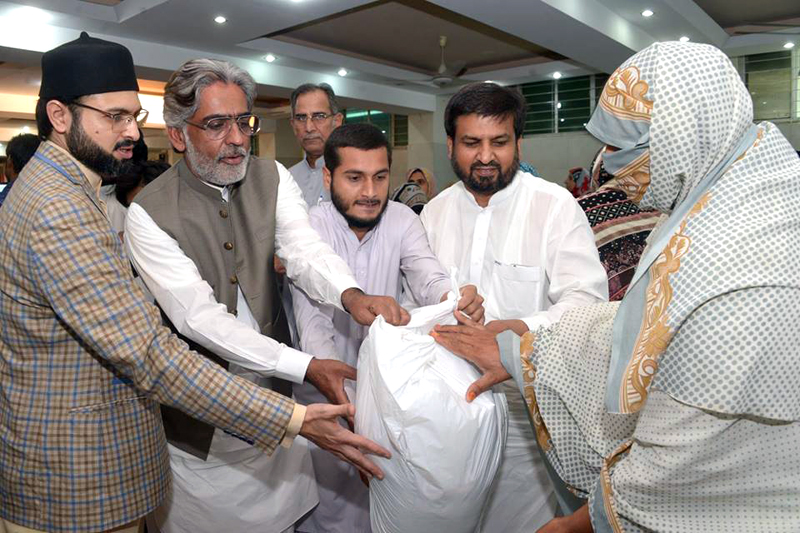