Supreme Court should order for publication of the Model Town Commission report like JIT report. #Justice4MartyrsOfModelTown 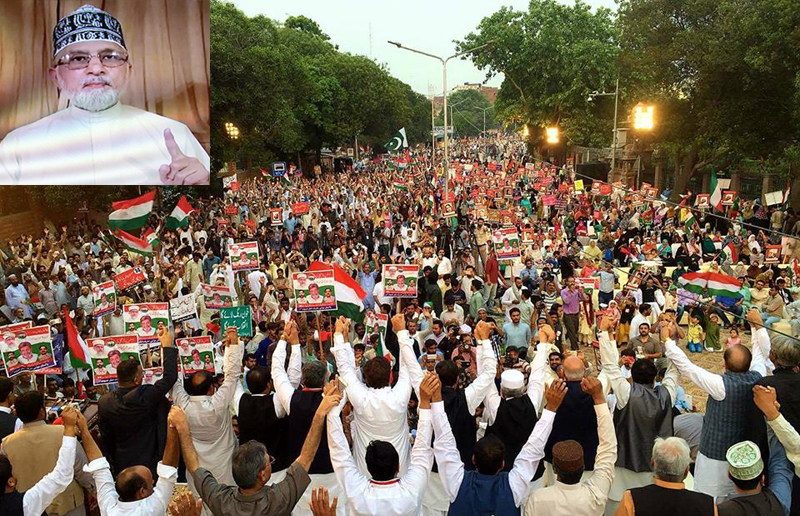 Addressing a large protest demonstration organized by PAT on The Mall, Lahore on the afternoon of July 15, Dr Muhammad Tahir-ul-Qadri has said that we appeal to the Supreme Court to order the publication of the Model Town Commission report in the same way as it did in case of the Panama JIT report. He said that shedding human blood is far more heinous crime than financial corruption. He said that his analysis about the Panama JIT proved wrong but added in the same breath that he was happy that his prayer was granted. He congratulated all JIT members on compiling a wonderful report. He said that if the SC upholds the JIT report and gives decision on the same lines, it will be a watershed in the efforts to curb corruption in the country.

Dr Tahir-ul-Qadri said that if Nawaz Sharif is declared disqualified and someone else replaces him but the system stays intact, it will be continuation of the corrupt system. He said that everyone being elected to Parliament and any public office should be asked to present money trail of his/her wealth, palaces, farmhouses, and luxury vehicles so that no JIT is required to declare another Nawaz Sharif disqualified in future. He said that it took more than one year to unearth the tip of an iceberg of corruption and top institutions were involved in the exercise, adding that the country cannot afford such practices in future.

The PAT Chairman said that he led a long march in January 2013 for electoral reforms and implementation of Articles 62 & 63 according to their spirit. He said that if the Supreme Court could have accepted our petition, the nation would not have seen this day. He said that our workers laid down their lives in a struggle against corruption and exploitation. He said that they faced rigours of imprisonment. The hundreds of them are still facing fake cases of terrorism but we have not relented in our stance.

Dr Qadri said that it has been three years since we have been demanding the report of Justice Nafji Commission on the Model Town massacre and are knocking on the doors of trial court, LHC and the apex court for this purpose. He said that there is certainly someone who is more powerful than the constitution and the justice system of the country and is hampering the administration of justice to the martyrs of Model Town. He said that it is for this reason that we talk about the change of the system so that no powerful individual is able scare the institutions, buy them and make them instruments for fulfillment of his nefarious agenda.

Dr Tahir-ul-Qadri thanked the political parties namely PPP, PTI, PML-Q, Jamat-i-Islami, MWM, SIC, PSP, lawyers and social activists for participating in the protest. He said that JIT has done its part of the work. The next phase now relates to SC's decision. He said that corruption will not end by changing the faces, adding that reconstruction of the institutions is required for this purpose. He said that Nawaz Sharif gave birth the system of plunder and loot and this system favored him in return. He said that now the time has come for this system to be wound up.

Dr Qadri said that no mastermind including the rulers was summoned in the Model Town case. Of 124 police officials who were called for appearance in the court, none of them was arrested and they were even spared the ritual of applying for a bail. Some of the blue-eyed officers were posted abroad on lucrative positions. SHO Amir Saleem Sheikh, who the police held responsible for the Model Town carnage in its investigation, was got freed, garlanded and given his post of station house officer. The killer police official has the gall to say that he killed 14 people and he has not been even asked for it. The same man has been hurling threats on our workers openly.

The PAT Chairman said that if only the faces change but the system stays intact, the blood of the oppressed will continue to be spilled and the poor will continue to be robbed. He thanked the PAT leaders, workers and the people from different walks of life for their active participation in the protest demonstration which was held in memory of the martyrs of Model Town, and to press for release of Model Town Commission report, and provision of justice. He said that our struggle for a welfare state continues unabated. 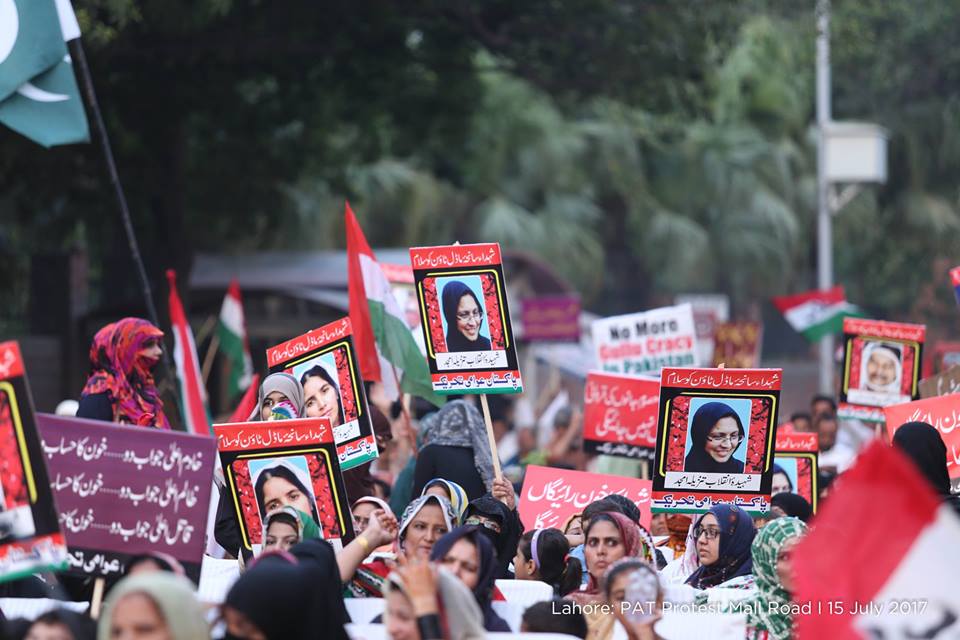 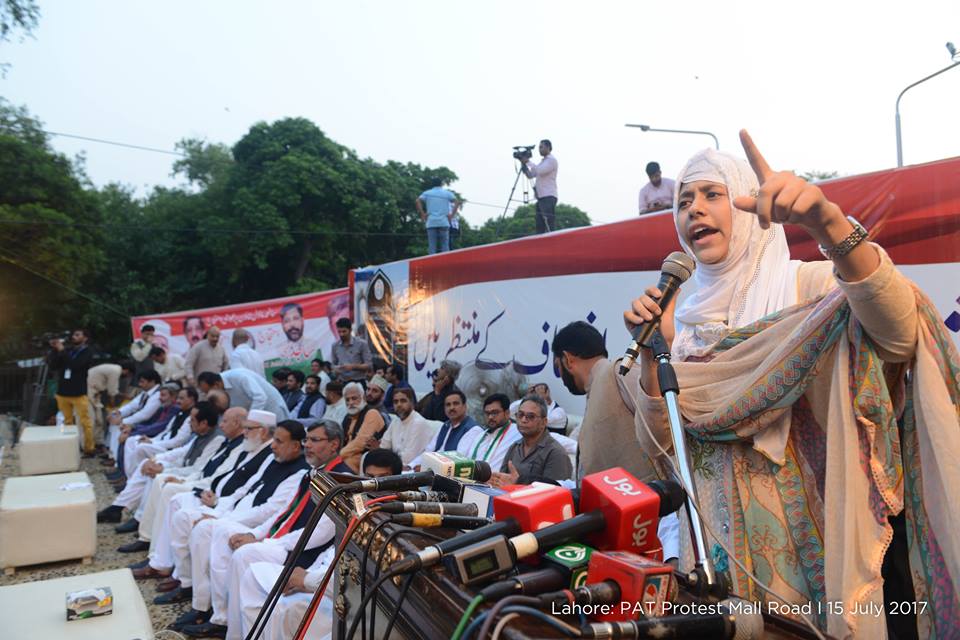 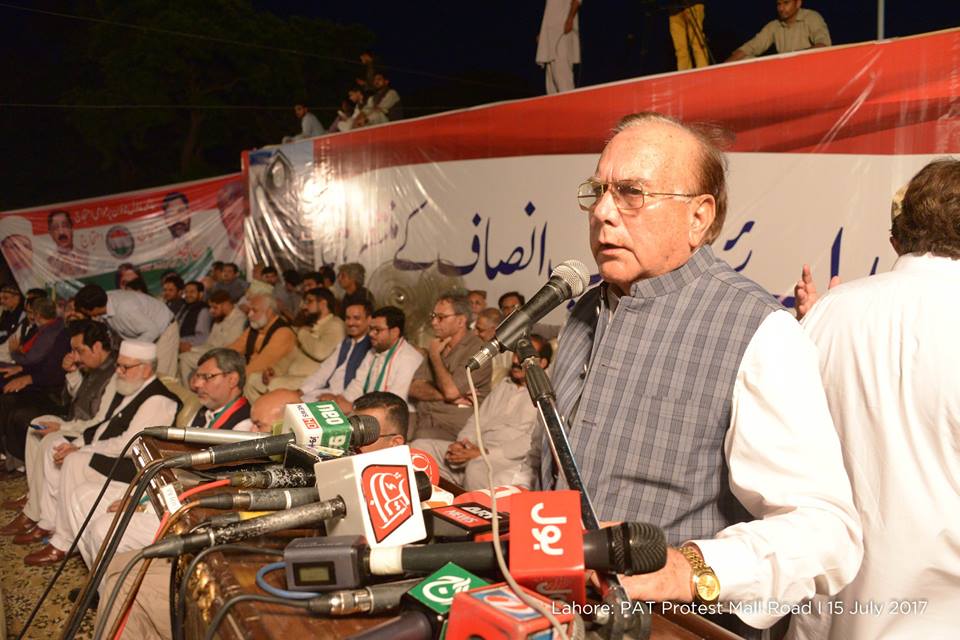 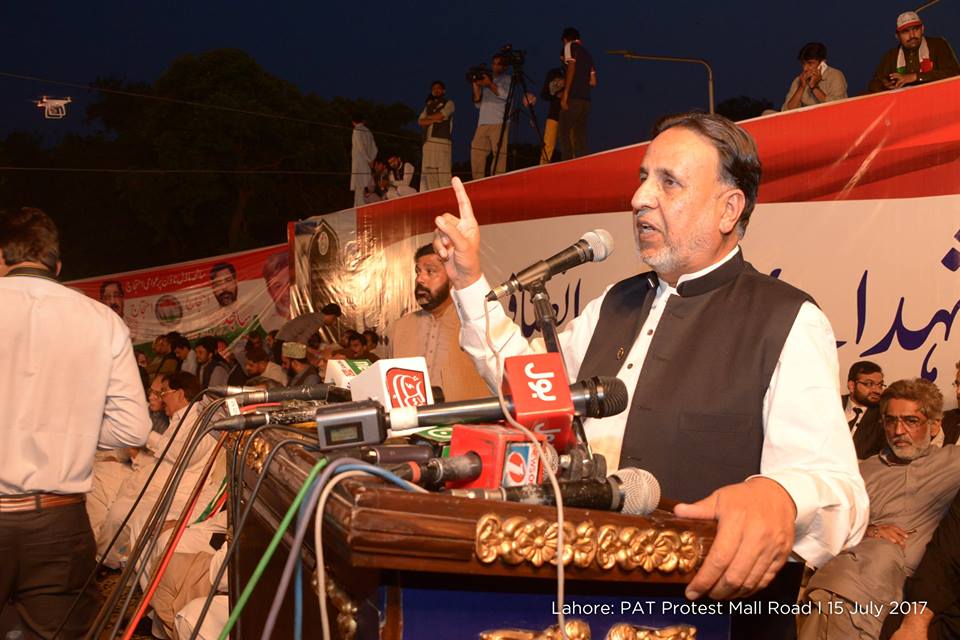 Mian Manzoor Ahmad Watto said that Mian Nawaz Sharif wanted to keep the power concentrated to his children like Colonel Qaddafi, and Husn-e-Mubarak but he should remember their fate as well. He said that Dr Tahir-ul-Qadri is a great scholar of the Islamic world and shedding the blood of his peaceful workers is an act of great oppression.

Mian Mahmood-ur-Rasheed, senior PTI leader, said that it is his demand that the Chief Justice of Pakistan should hand over the investigation of the Model Town case to the JIT team that probed the Panama papers. He said that Rana Sanaullah sees jinns in the JIT and in that case will be brought to his senses. He said that the nation knows that the ruling clique does not accept verdicts easily but they will be left with no option but to accept the JIT findings. He said that the whole nation has got together on the agenda of Go Nawaz Go. He said that the killers of innocent people will go to gallows for their crimes and the Model Town Commission report will also be made public. 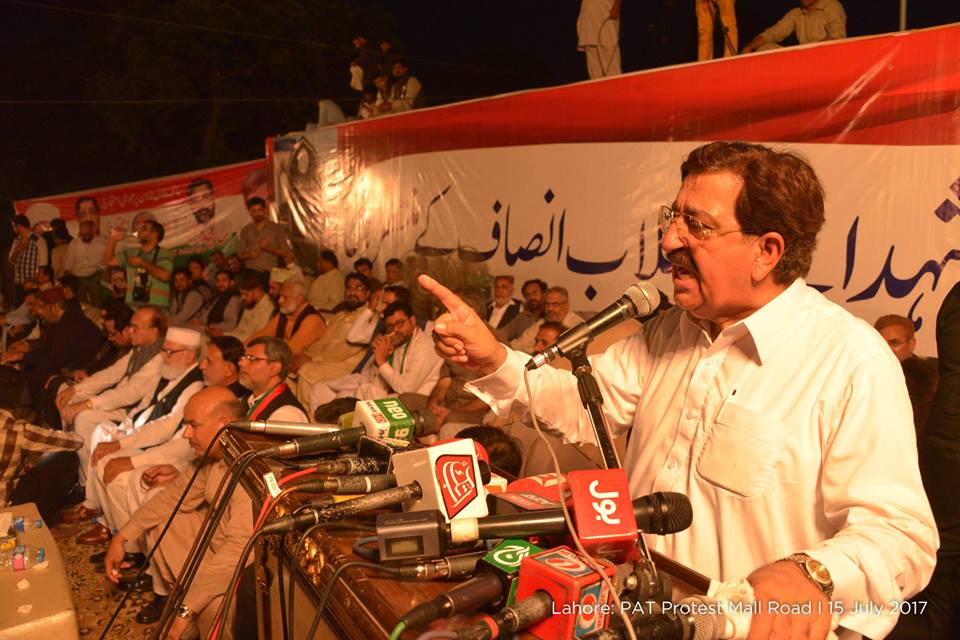 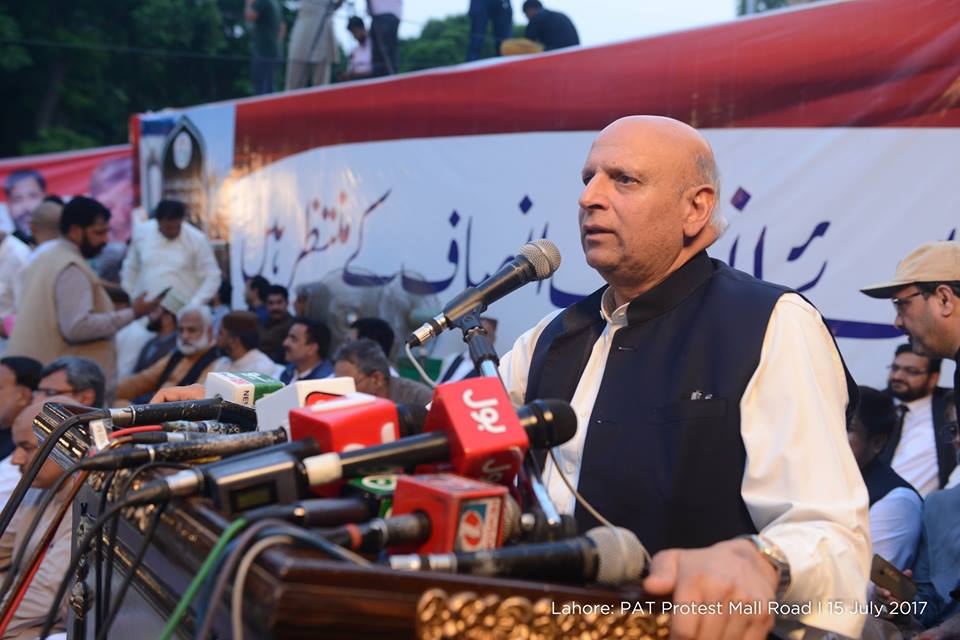 PTI leader Chaudhry Sarwar demanded that the report of Justice Najafi Commission should be released publicly along with the video record of the JIT. He said that Zafar Hijazi, Chairman of SECP, should immediately be dismissed from service. He asked the Prime Minister to tender his resignation and face the Supreme Court and explain the amassing of huge wealth. He said that such a person was appointed as the President of the National Bank who was arrested in a corruption case in Saudi Arabia. He said that if the PTI did not retrieve the stolen wealth of the nation from the corrupt people and deposit it back in the exchequer, he would leave the party in the same way as he left the governorship of Punjab. He said that we stand by Dr Tahir-ul-Qadri till complete justice is provided in the Model Town tragedy.

Jamat-e-Islami leader Liaqat Baloch said on the occasion that on the unfortunate day of June 17, the dictatorial mindset showed its true colors. He said that if the politicians, and religious parties remained quiet on this huge brutality, then no one will be able to stop the oppressors from committing excesses in future. He said that it is due to tears of the families of the martyrs of Model Town that the Prime Minister has been confronted with the harshest accountability. He said that the JIT has conducted X-ray and MRI of the ruling family He said that the list of crimes of the rulers is very long, adding that they have disfigured the face of national politics due to corruption. He said that the rulers are hindrance in the way of administration of justice in the Model Town case.

Sahibzada Hamid Raza of Sunni Ittehad Council said that if Justice Baqir Najafi Commission report is not released, we will join Dr Tahir-ul-Qadri shoulder to shoulder in protesting against it. He said that it is the Islamic Republic of Pakistan, not the Sharif kingdom. He said that the rulers have blood of many innocent people on their hands and they cannot escape justice in these cases.

Senator Ateeq-ur-Rehman of MQM-Pakistan said that Dr Tahir-ul-Qadri and his brave workers did not let Model Town tragedy be pushed under the carpet. He said that justice will surely be provided sooner or later. He asked the honorable judges imploringly that they should order the Model Town Commission report public. 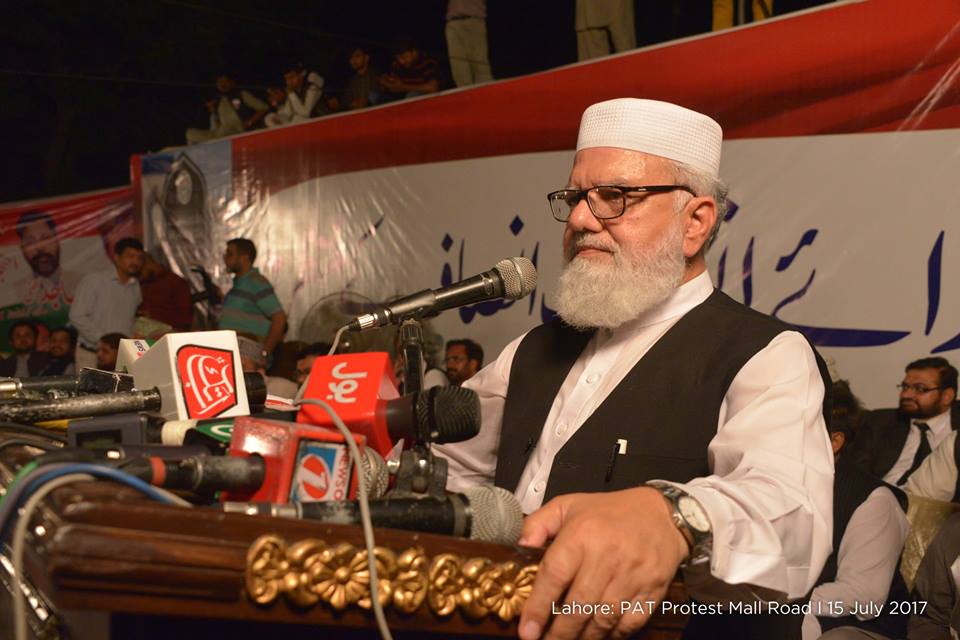 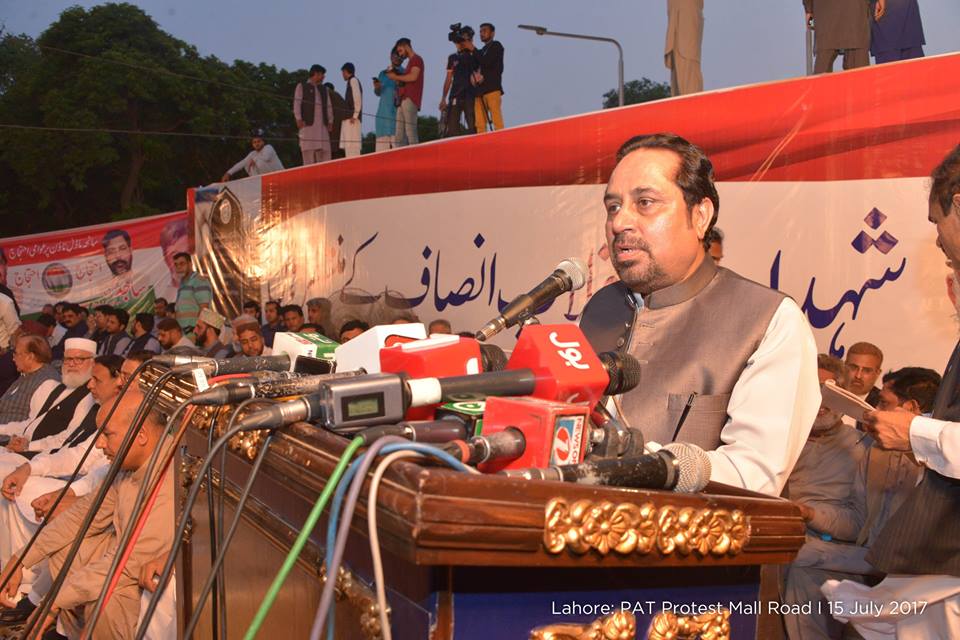 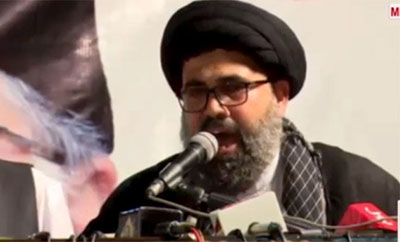 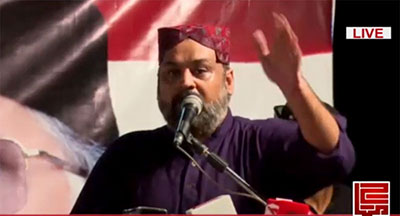 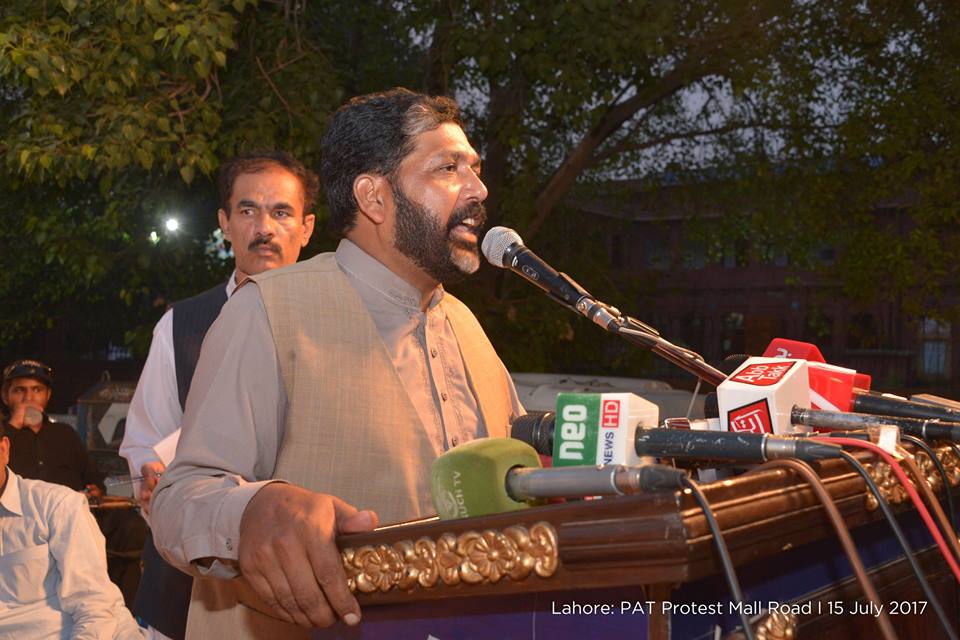 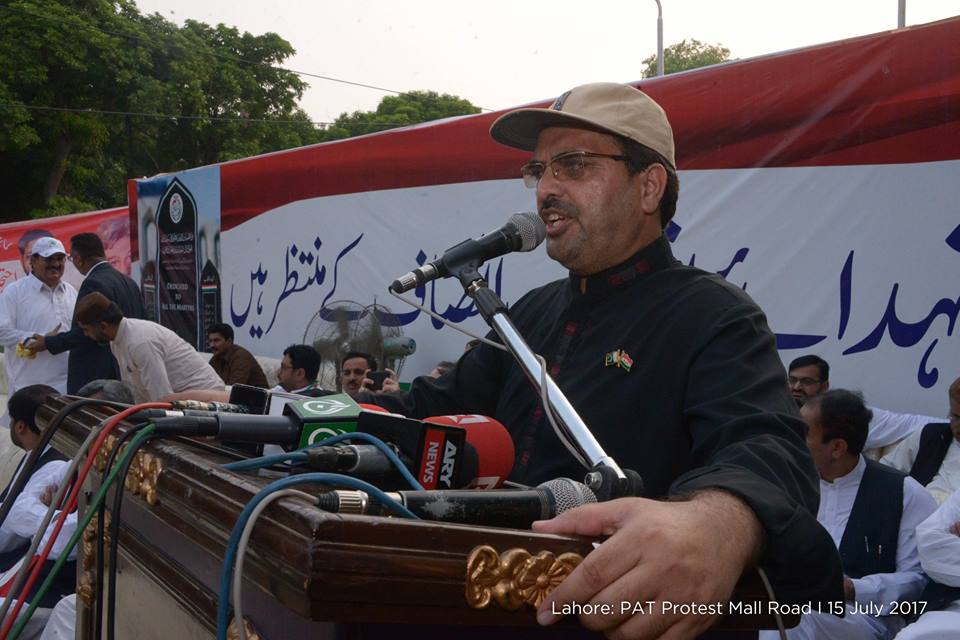 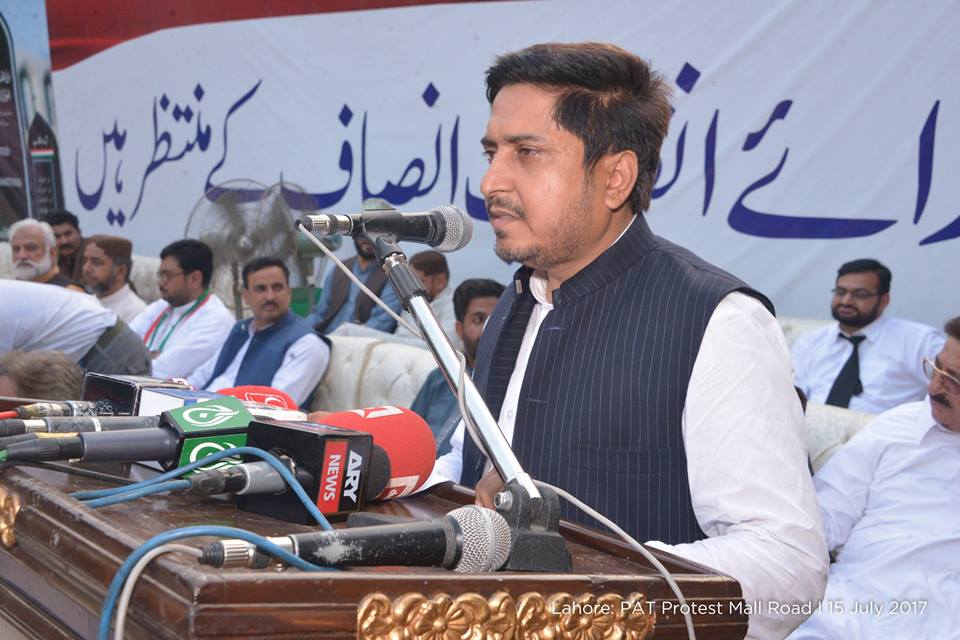 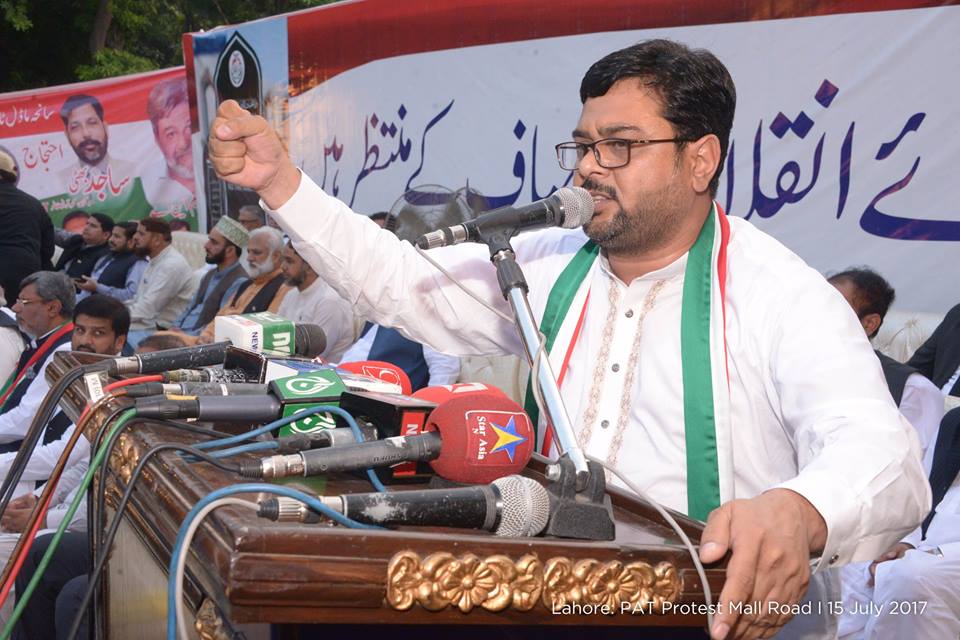 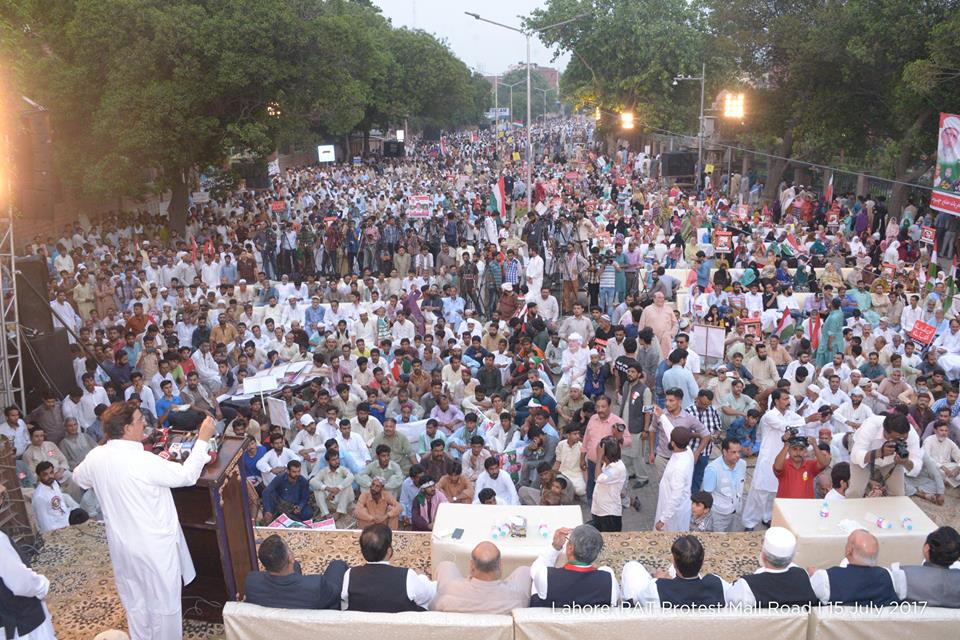 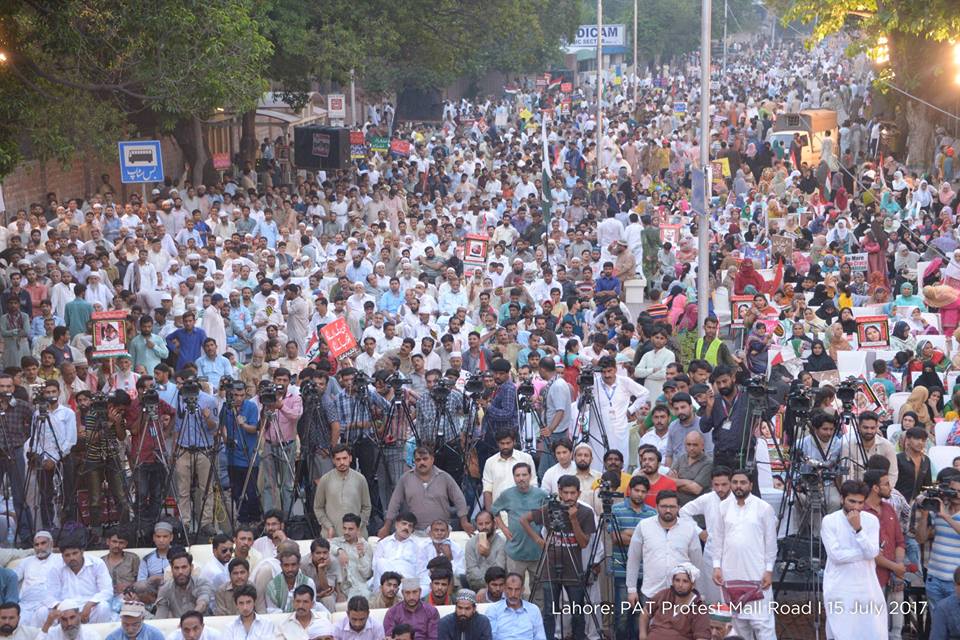 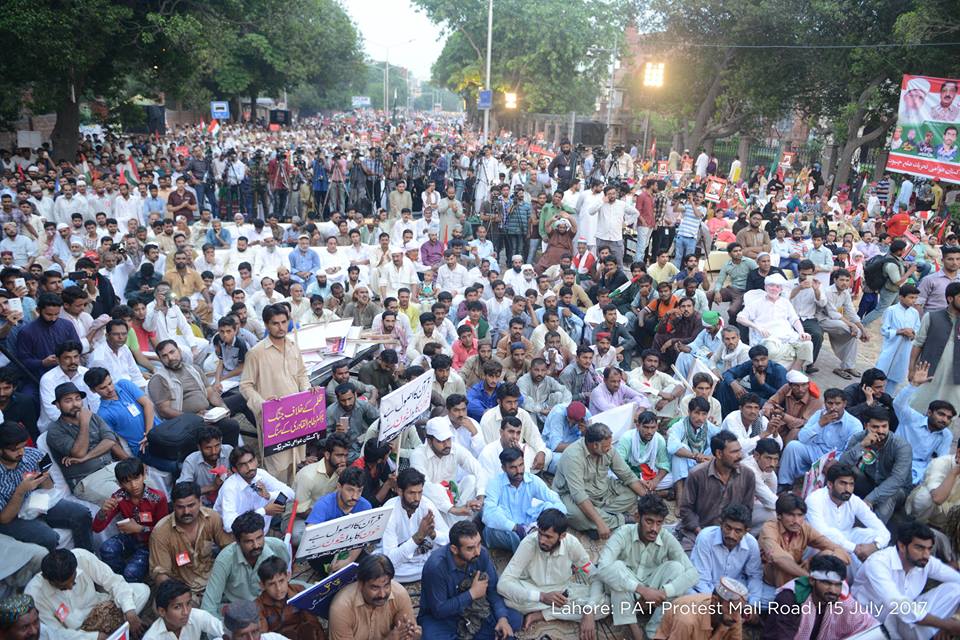 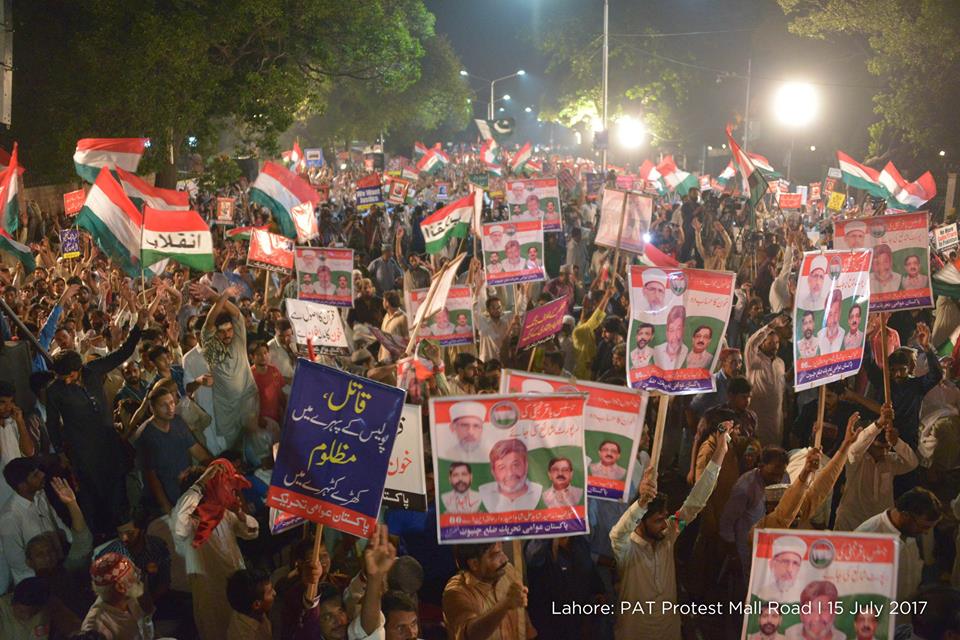 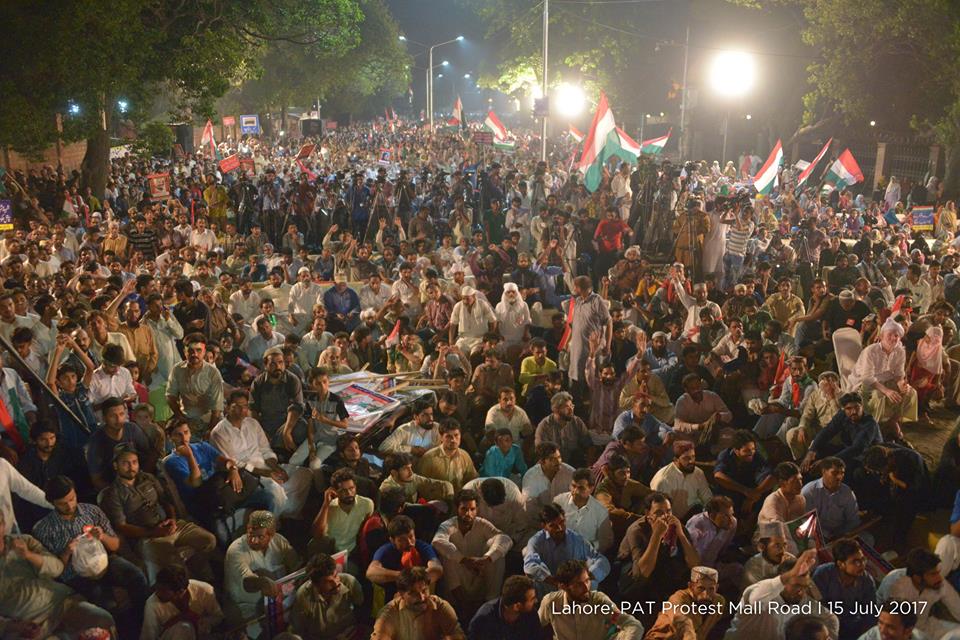 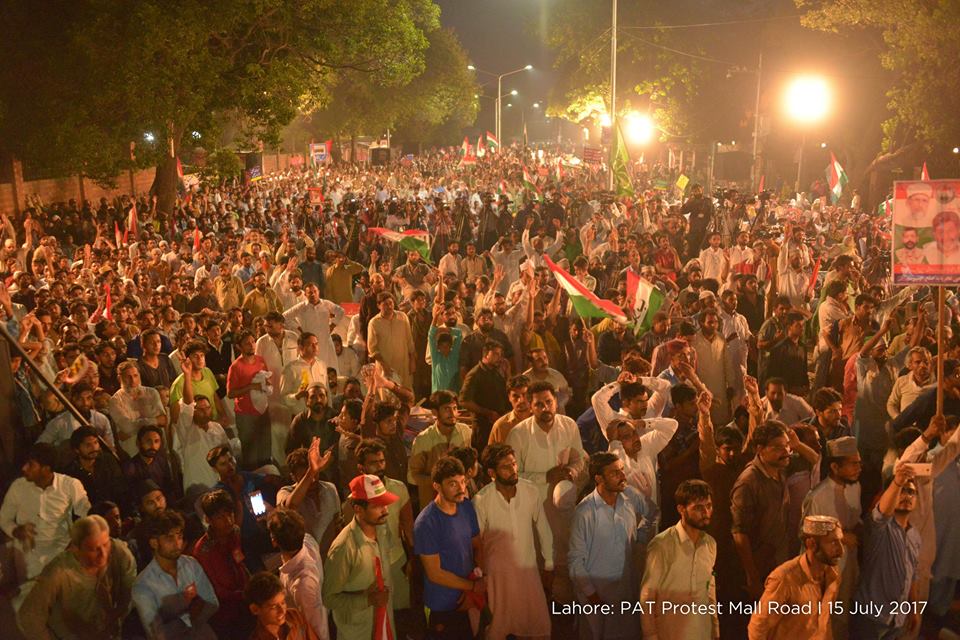 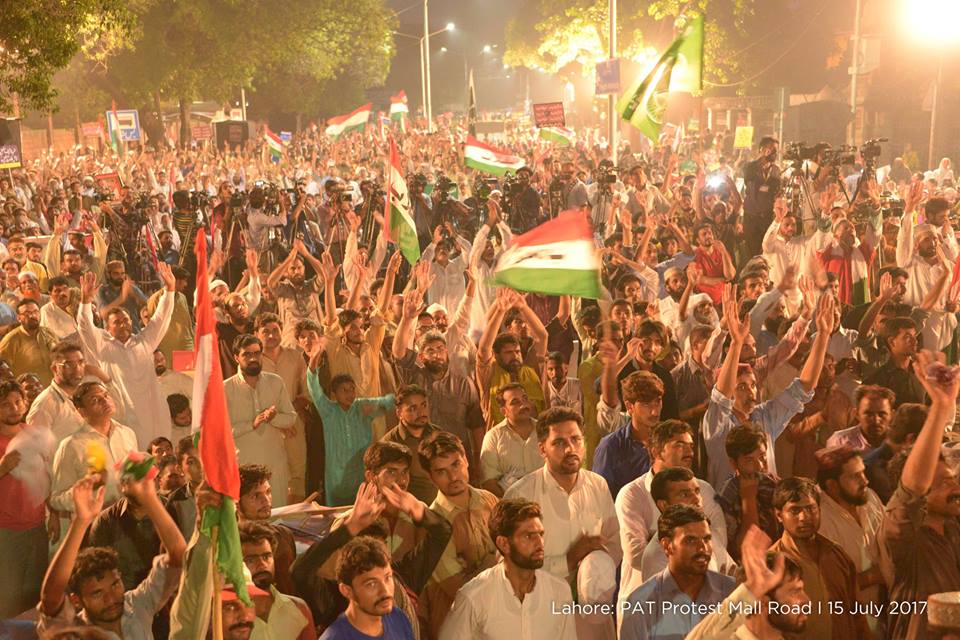 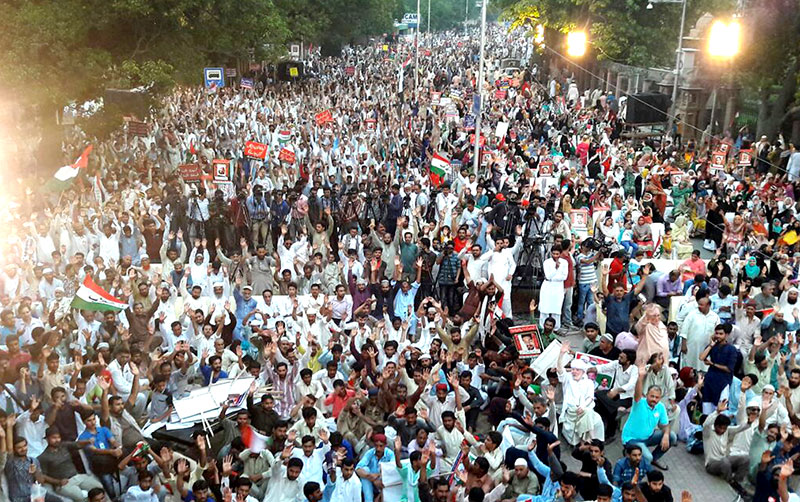