Formation of new JIT to open doors of justice on the oppressed: Dr Tahir-ul-Qadri 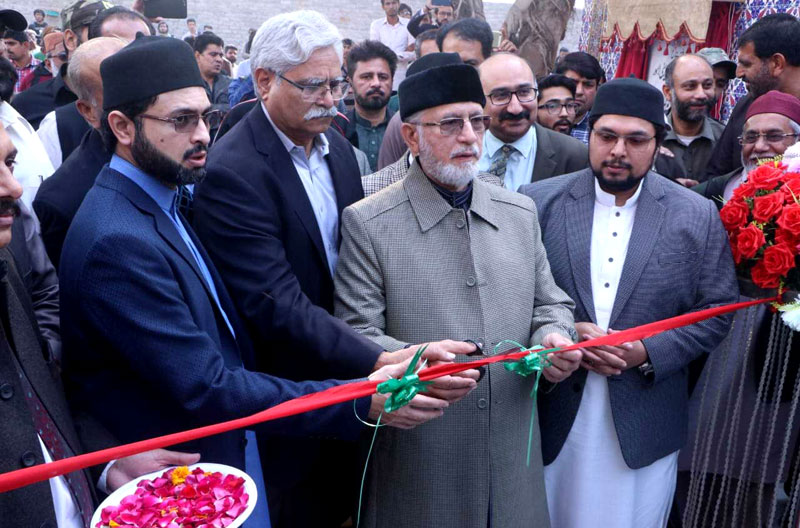 Addressing the ceremony, Dr Tahir-ul-Qadri said that the construction of the Mosque is merely a beginning, adding that a research centre of spiritualism is also being built up adjacent to it. He said that spiritualism is the spirit of Islam and highlights the excellence of morality of the Holy Prophet’s (pbuh) ‘sira’. He congratulated Dr Hussain Mohi-ud-Din Qadri and others on the wonderful construction of the Mosque. Dr Hassan Mohi-ud-Din Qadri, Dr Hussain Mohi-ud-Din Qadri, Dr Aslam Ghauri, Dr Shahid Soriya, Khurram Nawaz Gandapur, Brig. (r ) Muhammad Iqbal, Noorullah Siddiqui were also present on the occasion.

Speaking on the occasion, Provincial Minister Chaudhry Zaheer-ud-Din said that the educational institutions set up by Dr Tahir-ul-Qadri are fulfilling the responsibility of imparting moral and spiritual training to the students in addition to the provision of the quality education. He said that the work of Dr Qadri will benefit the future generations. He said that the patience, courage and steadfastness with which Dr Qadri has been waging the struggle for Model Town tragedy, his esteem in the eyes of the people has increased manifold. He said that no one stands up for the rights of the poor and it is Dr Tahir-ul-Qadri who has been supporting them and pleading their cause with conviction. He said that he was, is and will continue to stand by Dr Qadri in his struggle to seek justice for the oppressed and the poor. 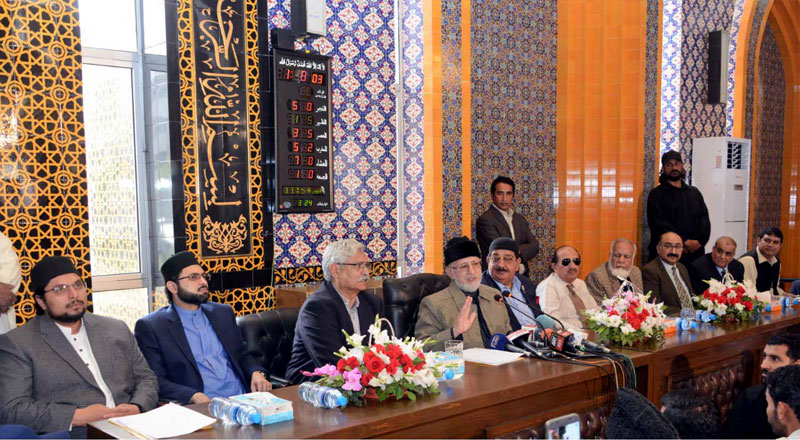 Talking to media on the occasion, Dr Tahir-ul-Qadri said that we continue to stand where we were four years ago with reference to our struggle for getting justice for the martyrs of Model Town. He said that the doors of justice will open on the oppressed with the establishment of the new JIT to investigate the carnage. He said that he is satisfied on the Chief Justice’s announcement of establishing a larger bench to hear the petition. He said that he is hopeful for justice, stating that he is also satisfied with the government’s cooperation so far. He however added in the same breath that it depends on the attitude of the government as to how far it goes in extending its support to ensure provision of justice. He said had it been anyone else, the incidents such as Model Town tragedy would have been erased from the memory of the people, stating that blood is sold and bought here but no one succeeded in intimidating or scaring the families of the martyrs. He said that we are as much resolute for getting justice as we were in the evening of June 17, 2014.

In reply to a question, Dr Tahir-ul-Qadri said that the money received through off-shore companies like those located in Panama is not just illegal, those who sit on the files of public and demand money from the people to do what is their core responsibility also earn illegal money. He said that light on the face and contentment of heart is related to the nature of the means of one’s living. He said that we should increase the beauty of Mosques and make them really attractive, stating that the beautiful atmosphere leaves very good impact on us. He said that cleanliness makes us get purification.

Dr Qadri said that he has asked the students of Minhaj University that getting education with sincerity is also a form of education. He said that the students should be regular in offering their prayers five times a day in addition to focus on their studies, adopt good company because bad companies has disastrous results. He said that when healthy people will sit in the company of an infected person, they will receive its ill effects. He also instructed the students to offer their prayers in the Mosque.