President MQI Dr Hussain Mohi-ud-Din Qadri has said that the MQI is an organization dedicated to promoting the culture of the Quran reading, understanding its meaning and acting upon its teaching. He said that the character building of the youth is the pivot of the mass awareness campaign launched by Dr Tahir-ul-Qadri, stating that he is saving the youth from the poison of extremism and radicalism through the Quranic teachings. He said that the compilation of the Quranic Encyclopedia is a huge blessing as part of the mission to spread the Quranic teachings in society.

Meanwhile, PAT Secretary General Khurram Nawaz Gandapur laid the foundation-stone of Minhaj Islamic Centre in Bahawalpur. Speaking on the occasion, he said that eradication of hatred and promotion of brotherhood is the mission of Dr Tahir-ul-Qadri. Nishat Ahmad Bajwa and other office holders were present on the occasion. 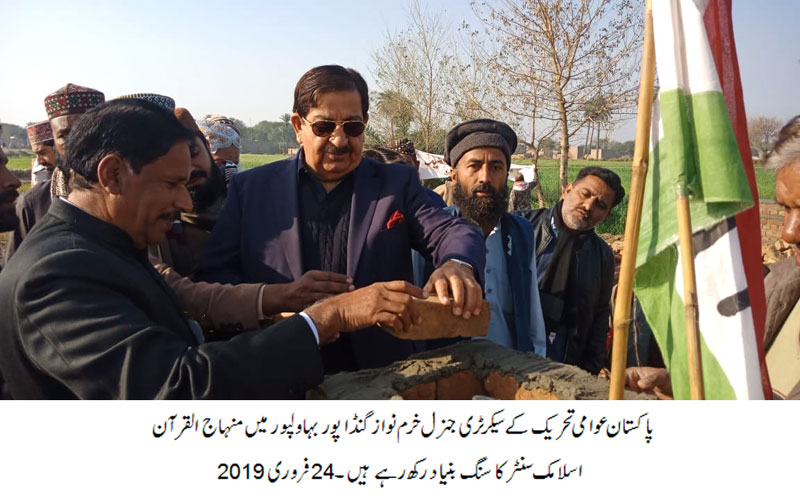