MQI working for the protection of the rights of women: Farah Naz

Addressing a meeting held in connection with the International Women Day, Mrs. Farah Naz, President of Minhaj Women League, has said that Islam gave economic protection to the women 1400 years ago by making her shareholder in the inheritance. She said that the rights of women have been clearly determined in different roles such as wife, daughter, and mother. She said that Islam talks about the equal rights for the women but the diseased and exploitative thinking present in the society does not know how to respect women rights. She said that it is the responsibility of the state to protect the rights of all citizens particularly the weaker segments.

Mrs. Farah Naz said that it is unfortunate that the women do not get the full salary for their hard work in a country that was achieved in the name of Islam. She said that in most of the cases, it is the women who become victim to law and order situations. They also face harassment at the workplaces and it is they who are subjected to forced marriages. She said that there is no space for such crimes either in Islam or laws of the land. He said that the oppression against women has been perpetuated and the kind of role one expected of the state to stem these anti-women practices is not visible.

Mrs. Farah Naz said that MQI is the only NGO that has set up schools and educational institutions for the education of the women, which also includes a chartered university. She said that an educated woman is the pride of Pakistan and the guarantee of the country’s progress. 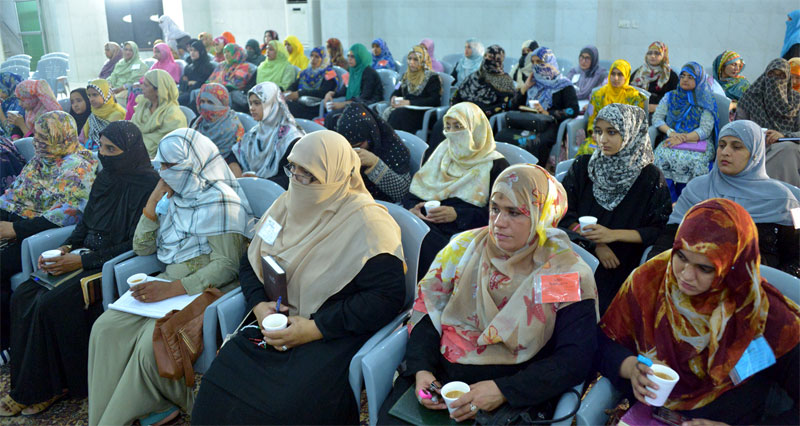