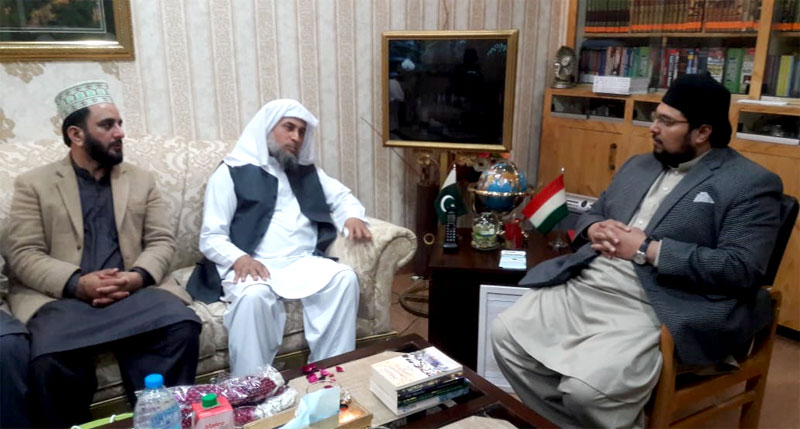 Speaking on the occasion, Dr Hussain Mohi-ud-Din Qadri said that the great Sufis spread the message of love, and peace through their words and actions. He said that no one would abuse others in the name of sect during the time of the Sufis nor would anyone take another’s life nor were there ‘kufr’ churning factories. He said that the MQI is promoting the Sufis’ message of peace, love and harmony in the world by building bridges between different communities and cultures. He said that what the religion demands of us is that we come closer to one another in a relationship of love and mutual respect.

Pir Sayyid Muddassir Hussain Lasani, while speaking on the occasion, said that the service that Dr Tahir-ul-Qadri is rendering in the whole world is based on the love of the Holy Prophet (SAW) and Allah Almighty. He said that MQI has done justice to its responsibility of spreading love and peace. He said that the Quranic Encyclopedia and Fatwa against terrorism are dire need of the hour and a source of transferring the message based on real teachings of Islam to the succeeding generations.

Sayyid Muddassir Hussain Lasani also paid tributes to the scholarly and intellectual contributions of Dr Hussain Mohi-ud-Din Qadri and said: “Your thoughts and ideology are based on the ideology of love and peace. MQI is an heir to the Sufi tradition. Dr Qadri has not minced any words when it comes to stating the truth. His thought will have to be adopted for the establishment of peace.”