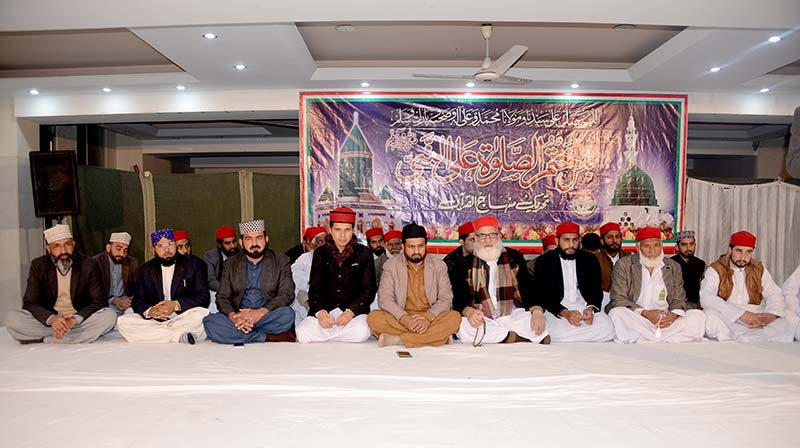 The monthly spiritual gathering of Gosha-e-Durood was held under the banner of Minhaj-ul-Quran International (MQI) at the central secretariat on March 2. Allama Rana Muhammad Idrees Qadri, Raja Zahid Mahmood, Sayyid Musharraf Ali Shah, Malik Ijaz Qadri and Haji Nafees Qadri were present on the stage. A large number of people including the workers from different parts of Lahore attended the gathering.

The proceedings of the Conference got underway with the recitation from the Holy Quran. Various Naat Khawans enthused the gathering through their melodious voices.

Allama Zaheer Ahmad Naqshbandi gave a talk on the importance of sending greetings and salutations on the Holy Prophet (SAW) and the role MQI is playing in spreading the culture of reciting Durood in the country. He said that MQI has given a unique touch to this practice, stating that Dr Tahir-ul-Qadri led from the front to make this culture hugely popular in an organized manner. He said that the MQI leader founded Gosha-e-Durood which now connects many such spiritual centres inside Pakistan and around the world.

The programme came to an end with Dua. 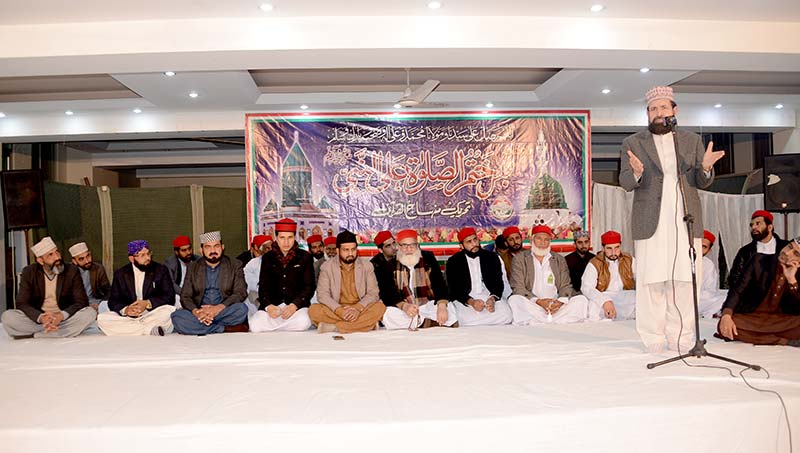 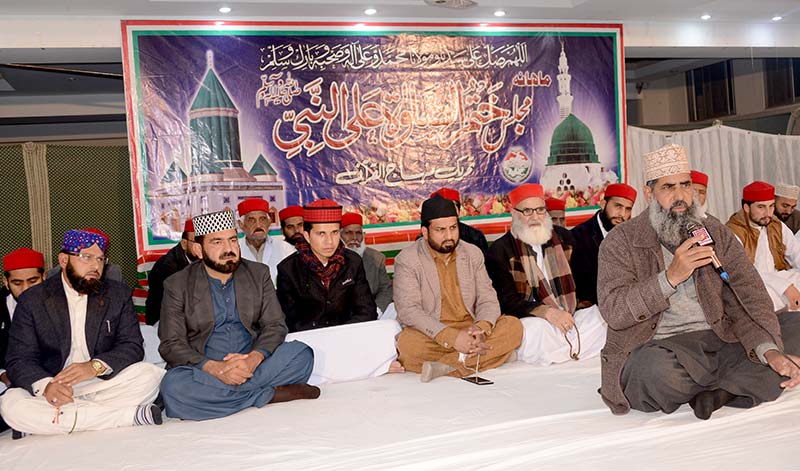 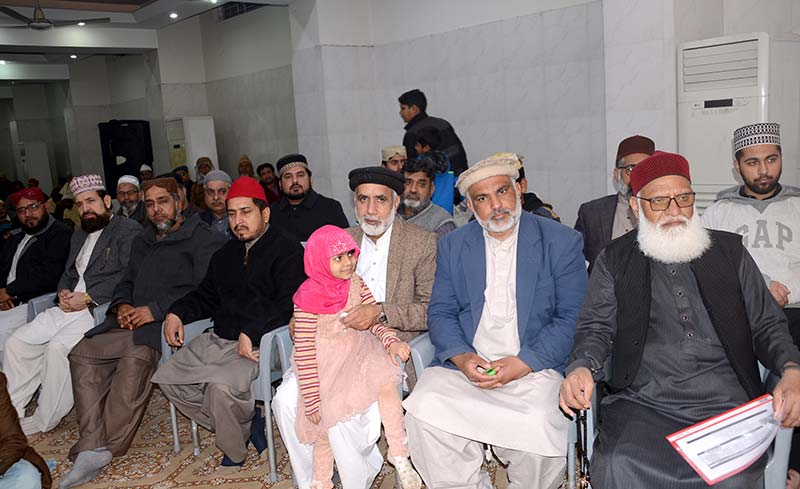 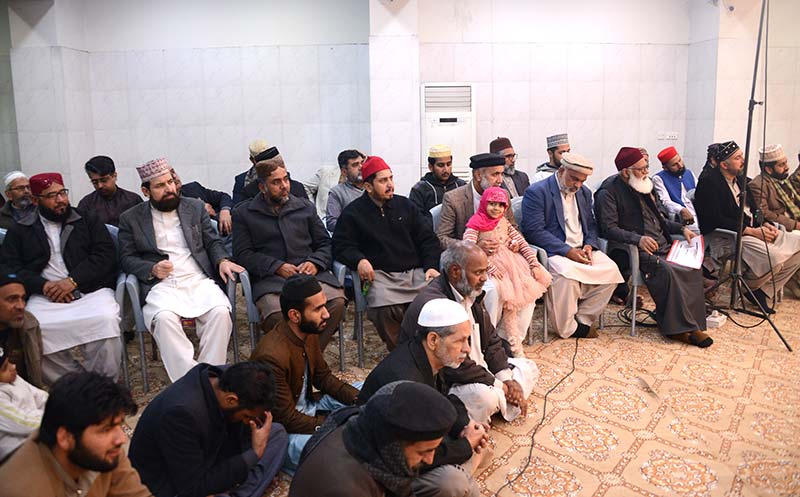 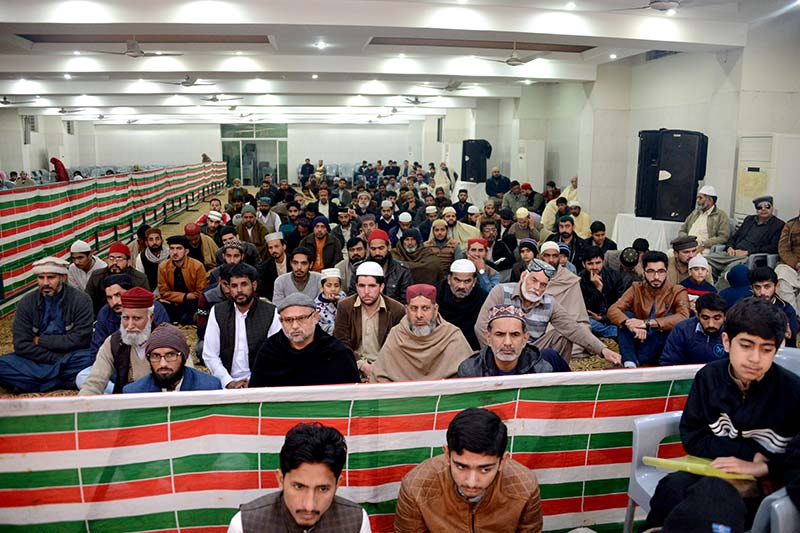 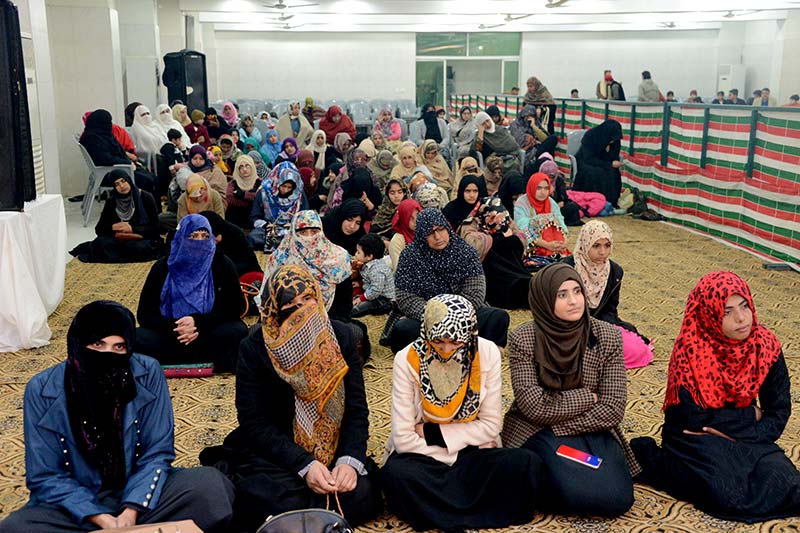