A delegation of scholars belonging to South Africa, Sri Lanka, Cuba, Zimbabwe, Kenya, Uganda, and Rwanda that is on a visit to Pakistan on the invitation of International Islamic University called on Chairman MQI Supreme Council Dr Hassan Mohi-ud-Din Qadri at the central secretariat.

Talking to the delegation, Dr Hassan Mohi-ud-Din Qadri said that a heinous attempt was made to club terrorism and extremism with Islam. He said that Islam teaches love and peace towards entire humanity without any discrimination. He said that it is the responsibility of the scholars of the Islamic world to address the misperceptions about Islam and highlight its peaceful message of love and respect.

The delegation consisted of Abdullah Altaf, Musa Jabir, Ratib Abu Bakr, Umar, Hassan and Shoaib. The guests were taken around the secretariat where they saw the working of different departments and directorates of the MQI. They appreciated the efforts and services of Dr Tahir-ul-Qadri for promotion of peace, interfaith dialogue and harmony.

Meanwhile, talking to a delegation of Minhaj-ul-Quran Ulama Council, Dr Hassan Mohi-ud-Din Qadri threw light on the importance of Shab-e-Barat and stated that Allah Almighty waits for the prayers of His creations who pray for His forgiveness during the blessed night. He said that repenting of one’s sins and seeking His mercy is among the favorite things in the sight of our Creator. He said that whosoever is able to make Dua to Allah, the doors of His mercy and forgiveness open upon such a person. He prayed to Allah Almighty for peace, progress and prosperity of Pakistan and the whole Islamic world.

Later on, a condolence reference was held in the memory of the late father of Allama Abdus Sattar Siraj, Director of Minhaj Islamic Centre Manchester. The participants of the reference prayed to Allah Almighty to rest the departed soul in peace and give patience and fortitude to the bereaved family to bear their loss. 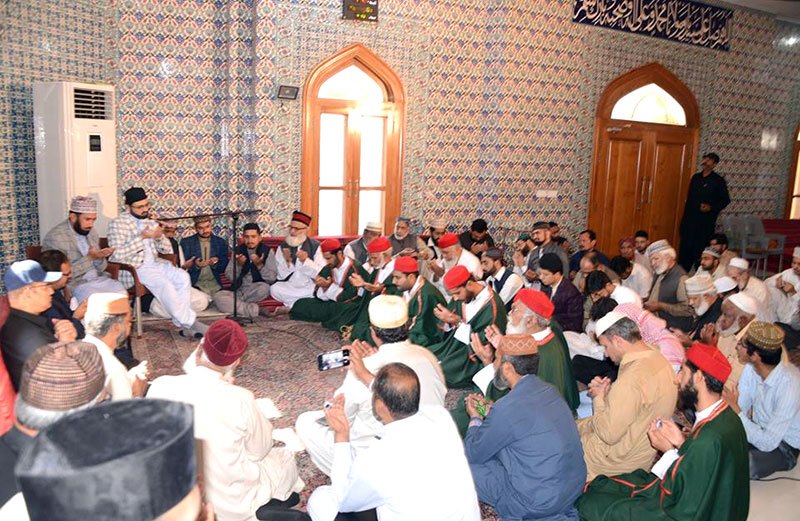