Arrangements for Itikaf 2019 in full swing

The arrangements for Itikaf 2019 including decoration and maintenance work at the main Itikaf venue continue with full pace. Three LED screens of huge size are being installed for the live speeches of Shaykh-ul-Islam Dr Muhammad Tahir-ul-Qadri. The sound system of the best quality is also being placed. Men will attend Itikaf at Jamia al-Minhaj whereas the women will participate in Itikaf at Minhaj College for Women. Walk-through gates will be installed at the entry points of Itikaf City. Huge fans are also being arranged to fend off the harsh summer season. A team of 25 medical doctors will be available round the clock along with ten ambulances of Minhaj Welfare Foundation during the course of the ten days of Itikaf.

These views were expressed by Jawad Hamid while he was talking to the heads of the administrative committees at the venue of Itikaf City yesterday.

Jawad Hamid said that based on the experience and practice of the previous Itikafs, a comprehensive programme of daily activities has been chalked out. He said that after Fajr prayers, the residents will take rest followed by individual and collective activities upon waking up, stating that this will continue till Zuhar prayer. He said that the speeches of Shaykh-ul-Islam Dr Muhammad Tahir-ul-Qadri and the spiritual activities at Itikaf City will be broadcast throughout the world through the collective efforts of Minhaj Internet Bureau, social media team and Minhaj TV. He said that huge LED screens are being put up inside the venue for women participants.

Jawad Hamid further said that elaborate arrangements for the provision of food have been made during iftar and Sehr time. He said that the cooking will take place under an organized system, stating that the provision of freshly cooked food and its delivery to the residents of Itikaf City will be ensured. He said that the facility of cold water will be available in the venue. He further added that given the hot weather, heavy duty generators are being procured to ensure the supply of electricity to the venue in case of any load shedding. He demanded of the government to exempt all such areas from load shedding where Itikaf are being held.

Jawad Hamid said that the youth belonging to MYL and MSM will perform the security duties, stating that CCTV cameras have also been placed at different locations inside the venue. 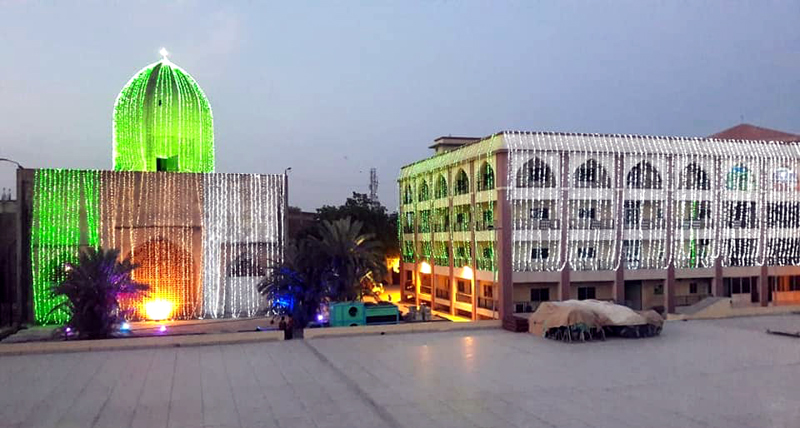